I spent Tuesday afternoon with a delightful group of first-graders, at a school more like Bob's--middle-class, mostly native English-speakers. This class had only one Bob--a little girl I'll call "Bonnie"--but that wasn't the only contrast from Tuesday. 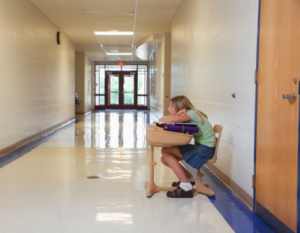 Bonnie reminded me of Bob at his worst--almost feral, mad at the world for no apparent reason, with a serious persecution complex. Bonnie had no interest in working along with the class, and was generally left to her own devices, wandering about the room and left alone as long as she didn't cause any major disruption or bother other students. While the children and I worked on sentence structure, Bonnie leaned against a shelf and gazed out the window. Occasionally, however, she would throw out an answer--despite the appearance of not listening at all, she was.

That was Bob last year. He would often wind up in a desk far behind the rest of the group, drawing skulls or dragons or making origami, seemingly in his own world--but would somehow still be following along with the lesson. His teacher was amazed by this ability. I wasn't--he's done it for years.

Also like Bob, Bonnie seemed unable to connect her actions with consequences. Consequences were merely the world's way of being mean to her. When she knocked a box of crayons off a shelf, and I insisted she pick them up by herself, she launched a 20-minute monologue on the world's tyranny, the unfairness of it all, how everyone is against her, nothing is any fun, and she just wants to be at home in her room.

I've heard that song before.

What struck me was how differently Bonnie was treated than the 2nd grade students at the other school. Other teachers didn't appear waiting for a chance to yell at her. Because most of her behavior was ignored by the adults, the students tended to follow suit, making her much less a distraction than the few 2nd graders in the other class. 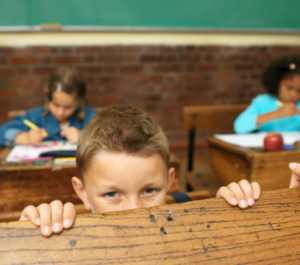 I noticed Bonnie's mother came to school to have lunch with her. I didn't know if this was a daily routine, but I did notice the war-weary look on the mother's face. I heard the desperation in her voice as she pleaded with Bonnie before she left: "Please be good today. Please."

When the class was at recess, another teacher asked me how Bonnie was doing. She told me Bonnie's parents were trying to get to the root of her problems and that bipolar and Asperger's had both been mentioned as possibilities. This teacher seemed genuinely concerned and didn't refer to Bonnie as a "thug" or a child who "needs to be beat."

Why are they being treated so differently?