Compassion Important in Caring for Children with Mental Illness

It's no secret that raising children requires patience, particularly children with mental illness. Patience can be the difference between moving forward from conflict and escalating into a full meltdown. I have, however, discovered a quality even more important to raising a child with a psychiatric condition--compassion.

What is a Compassionate Parent? 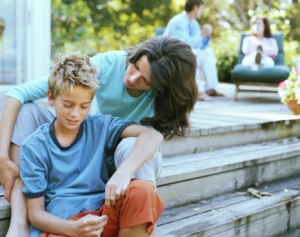 Merriam-Webster defines "compassion" as a "sympathetic consciousness of others' distress together with a desire to alleviate it." In simplest terms, a compassionate parent is aware of the child's condition, is concerned and supportive, and wants to make it better. Doesn't that describe us?

Yes, to a point. I'd like to take it a step further and suggest compassion is an empathic consciousness.

I haven't always been a pillar of motherhood. I'm still not. In the beginning, however, I was as far from perfect as they come. I was new to this mom business. I was trying to reclaim myself from an abusive relationship. And I was still deep in my own depression.

Children and Their Behavior

The thing about children--the 5-and-under group, especially--is they never say, "I'm depressed" or "I'm anxious" or "I have anger management issues". They simply behave in ways we, as parents, have been taught our children ought not behave--if we are doing our job as parents. Our first naive reactions involve showing our disapproval of, and even punishing our children for, their behavior. As most of us quickly learn, this tactic makes a bad situation worse.

Gaining Insight and Understanding into My Child's Behavior

I had little sympathy for Bob early on. I defended him to anyone who dared question his behavior within earshot, claiming he was tired, bored, overly stimulated, his shoes were too tight. Inwardly, however, I wanted to shake him until his teeth rattled and ask "why are you acting like this? What is wrong with you?"

As my own life began to drift into calmer waters, so Bob's situation began to shift. His behavior worsened in many ways, but I was starting to make sense of why. I didn't have a clue how to stop it, but I was beginning to understand what made him the way he was. I developed sympathy for Bob and his condition.

Empathizing With My Child Made Me A Better Parent

It wasn't until the last year, when I started to see myself in Bob. I saw the similarities between our behaviors and began to develop a true understanding of what Being Bob was like. I empathized--understood and shared his feelings, experiences and emotions. Only then do I think I was truly able to respond to him in ways that served him (and me) best. 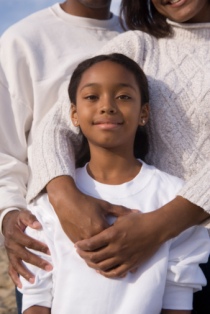 Because I understand he is sensitive to things most kids aren't, I can give him a reassuring hug rather than chastise him for worrying about something "silly." When he is grumpy and surly at the end of a day, I can remind him to take a breather, instead of waiting for him to get into trouble. I no longer wonder why he does the things he does--because in most cases, I already know.

I don't presume I'm Mother of the Year by any stretch. I make mistakes. There are days when I'm short on empathy, sympathy, even basic human kindness. I don't always say the right words or do the right things. But I think I'm doing better than before I developed consciousness of his distress together with a desire to alleviate it--compassion. Empathy allows me to respond to him in a way I believe would have been most helpful for me at his age.

Parenting is a learning experience. Developing an understanding of what our children are experiencing is invaluable in helping them to understand, themselves.

APA Reference
McClanahan, A. (2010, December 7). Compassion Important in Caring for Children with Mental Illness, HealthyPlace. Retrieved on 2021, April 11 from https://www.healthyplace.com/blogs/parentingchildwithmentalillness/2010/12/compassion-tantamount-to-caring-for-children-with-mental-illness

Love Me, Love My Kid: Stepfamilies and Mentally Ill Children (Part 2 of 2)
When Parents Disagree On Psychiatric Treatment - Part 1