Growing Up with ADHD 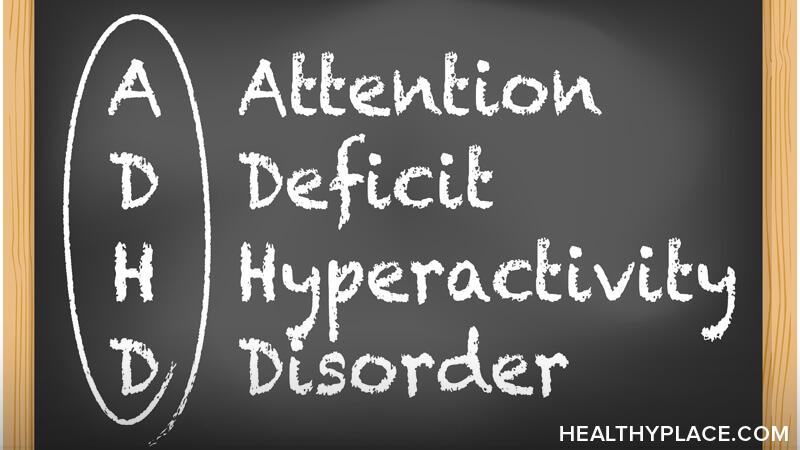 Even though we belong to the same family, not all of my siblings had the same experience growing up -- one of us grew up with attention-deficit/hyperactivity disorder (ADHD). Where I had the luxury of growing up as a focused straight-A student, my brother was not so lucky. When he was diagnosed with ADHD, my family began to understand that he was different. I wanted to share this story so that the people who feel different no longer have to feel so alone.

Growing Up with ADHD

My brother was in kindergarten when we learned two important things about him. The first was that he needed glasses. I'm not talking about just any prescription; he needed the kind of glasses that you see in the movies that resemble Coke bottle bottoms. While he was sitting in class in kindergarten, he couldn't see a thing on the board, and that severely impacted his learning.

When he didn't pass into first grade and had to retake the kindergarten year, we also learned that he had ADHD. This was apparent in the way he couldn't hold still in class, was constantly fidgeting, and couldn't focus. His inability to conform to school standards affected his self-esteem until he succumbed to becoming the class clown. He only acted out like this to shrug off the misunderstandings that he couldn't escape.

My brother has been taking medication for ADHD since he was in elementary school. It seemed like his prescription was always being adjusted to find what worked right for him. This is admirable on the doctor's part, as he is working diligently to improve someone's life, but the near-constant change was sometimes harmful to my brother's daily life.

This was all occurring while he was still in school, so there were weeks when his prescription dose was too strong, and he would sit in his seat silently, barely able to move, not hungry at lunchtime, and unresponsive when spoken to. It was scary to see him in those zombie states.

Then there would be times where his prescription wasn't strong enough, and he would be buzzing around the class, not able to stop himself from talking to other students. Of course, he intended no harm from this, but he distracted the rest of the class from learning, so during these phases, detentions weren't uncommon.

What He Wants People to Know

My brother has a parting message for those who are going through this right now. Despite his tumultuous childhood, he wants to make it clear that as you get older, you begin to understand your limitations and abilities, and dealing with them gets easier.

What did you go through growing up with ADHD? Share your stories in the comments.

Tags: growing up with adhd

APA Reference
Paige, A. (2021, January 25). Growing Up with ADHD, HealthyPlace. Retrieved on 2022, July 2 from https://www.healthyplace.com/blogs/mentalillnessinthefamily/2021/1/growing-up-with-adhd