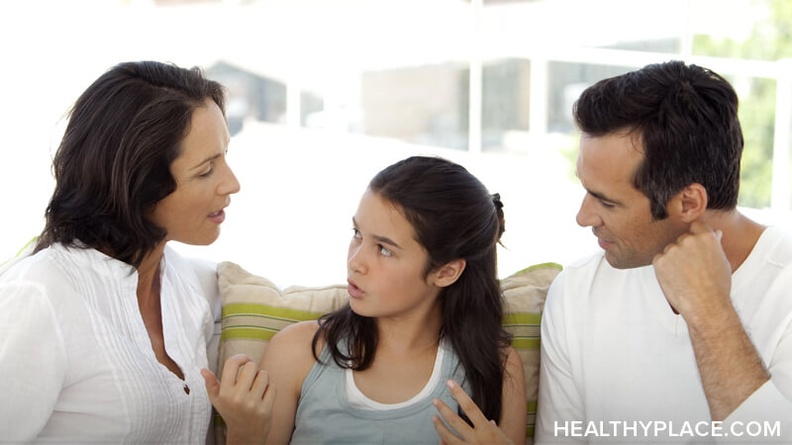 Making healthy boundaries with a mentally ill family member is a key step for your self-care as a supporter. Read on to learn more about the kinds of healthy boundaries I've made with my brother, who has chronic depression and anxiety.

Why Making Healthy Boundaries Is Important

Making healthy boundaries with mentally ill loved ones protects both of you. When my brother's symptoms were heightened before his official diagnosis, he was verbally abusive to me on several occasions. While he stopped short of physical abuse, I did feel threatened at times by the way he spoke to me. These incidents would culminate in my brother having a "come down", where he would be extremely apologetic for how he had acted.

My reaction at the time was to dismiss the apologies. After all, here was a man who was clearly not in control of his behavior -- and surely to accept an apology would be to blame him, right? I was also worried about making my brother feel even more depressed by telling him how his actions had affected me.

This quickly turned into a vicious cycle -- my brother would verbally abuse me while highly anxious, apologize profusely, I would insist it wasn't a big deal, it would happen again. All the while, my own mental health was suffering because I was frightened of making healthy boundaries with a mentally ill family member.

Speaking Up for Myself and Making Healthy Boundaries

Through advice from my counselor, I learned to voice my upset to my brother after these incidents in a non-judgemental way. I was able to explain how the verbal abuse damaged my self-esteem and raised my anxiety levels. Although hearing this information caused my brother a lot of guilt, it was the first step towards establishing healthy boundaries between us -- I had made it clear that I was not okay with this type of interaction.

Nowadays, I set healthy boundaries with my brother all the time -- I tell him the hours that I will be sleeping and working, and ask him not to call during them unless it's an emergency. I leave the room or hang up the phone if he becomes verbally abusive towards me. I also verbalize all the time to my brother that I love him and want him to be well -- this sentiment can co-exist very peacefully alongside solid boundaries.

The Effect of Boundaries

When I make healthy boundaries, my brother learns what behavior isn't appropriate, and this can prompt him to seek specific help if needed. For example, once he learned that his verbal outbursts were causing me great upset, he sought advice about anger management. In our case, setting boundaries was a win-win situation.

What are your experiences of making healthy boundaries with a mentally ill family member? Let me know in the comments.

Misrepresentation of Mental Illness in the Media
Will My Brother Die by Suicide? How I Cope with that Fear
Barbara
December, 19 2022 at 8:37 pm

My sister has bipolar I and refuses treatment, and denies she has this disorder. She moved back to our city, is unemployed and has bad credit. She is in a severe bipolar depression. I am not in the same city right now. She is shut down, isolating,,lethargic. I cannot even mention to her getting professional help but it all comes back to the diagnosis and not accepting it. My husband will not let her live with us because of past manic behaviors where she violated our boundaries. I worry about her, recognize I cannot fix it and I can’t be an in person physical,support for her right now while she is depressed. I am feeling overwhelmed and burdened. It is an insidious condition, and I am so very tired of the cycles, the self destruction, and the fact she has pushed away or alienated everyone else. I feel responsible for her and it is a responsibility I do not want. I am 19 years older, retired, and want to enjoy life, not check on her every day, giving endless pep talks with her doing nothing. It is so sad and tragic, but it is an incredible burden.

Thank you for this. My older sister has schizophrenia and is refusing treatment. She argues if I set any type of boundaries in place and then says that I don't love her because I have boundaries.

Hi Lorraine,
Thank you for your comment. That sounds like a really difficult situation -- living with someone can definitely make it harder to put boundaries in place. Can I ask if you see a counselor or therapist yourself? I found that was really helpful for me in walking me through the process of setting boundaries, as well as providing emotional support on occasions when things didn't go to plan. Finding a good counselor to talk to would be my number one tip, if you haven't already.
Nicola