Recently, Virginia State Senator Creigh Deeds spoke to Anderson Cooper at CNN and to 60 minutes about a family tragedy that, sadly, could have been avoided. In Deeds' words "the system failed my son."

I know how he feels - except that, luckily, my son is still alive. So far.

The truth is that, despite the fact that Ben has "case management" from the state, they have to do very little to help Ben, or us. They are overworked, underfunded, and all too glad to have us take the "burden" from their shoulders. But - what would happen to Ben if anything were to happen to us?

How Does the Mental Health System Fail?

Those with mental illness, and their families, need more support. Much more.

Let's go back to Senator Deeds. According to CNN,

Last November 19, Deeds was slashed and stabbed repeatedly by his own son, Gus Deeds.

Gus Deeds then took his own life. He was 24 years old and had been struggling with mental illness. He and his father had been in an emergency room just hours before the attack, but didn’t get the help that they needed.

...Mental health professionals at the Community Services Board evaluated Gus Deed and determined that the boy was not suicidal, and Gus was released. Deeds says he was told there were no psychiatric beds in the area and that an individual could only be forcibly held for up to six hours under state law.

That is just a small fraction of what is wrong with the underfunded system, fraught with lack of insight as to the needs of those dealing with mental health: people, their families and healthcare professionals. According to the 60 minutes story, states have cut $4.5 billion from mental health funding. Shameful!

Last year, when Connecticut's budget had a crisis, there was much discussion of cutting mental health services - and, unfortunately, though advocacy "saved" some programs, others were cut: programs like job training, state support of non-profits who help those with disabilities and day programs for mental stability.

This year, Connecticut has a surplus, and is there any talk of reinstating services? Of course not. Our Governor Dannel Malloy suggests a $55 rebate to residents as a "Sales tax refund?"Shameful. Misguided. Possibly tragic.

A perfect example is a wonderful non-profit agency called The Kennedy Center, Inc., which 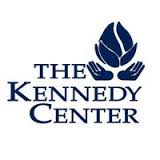 serves thousands of clients with mental and intellectual disabilities. Last year, its CEO Marty Schwartz wrote: "We need to ensure nonprofits receive annual, adequate increases indexed to the cost of living. More than half of nonprofits are operating dangerously close to their margin...(and) will likely not be able to maintain operations if they experience unforeseen increases in expenses or a financially detrimental incident."

Last year, it took a tragedy in Newtown to underscore the need for services, and many cuts were saved. This year, though many of those lessons seem forgotten.

The Kennedy Center loses valuable and caring staff every year because the state says it cannot "afford" to provide cost-of-living increases. People like my son, Ben, then suffer. And yet - in a year where there is a surplus, where is the needed finding now? To suggest a tiny rebate to citizens is an insult to those who need help. It's merely a plea for votes - not an act of service to the state.

To 60 minutes: Thanks so much for covering the important issues regarding children with mental illness. Watching Creigh Deeds and the CT families interviewed, I just kept nodding my head in agreement as my eyes filled with tears. So familiar, and so disturbing, that "the system failed my son". Our story could have ended like Deeds' story, - but thankfully so far so good...my son is alive, on medication, and both working and attending school part-time. Yet we always keep an eye on that other shoe that can fall at any moment. These issues are so important, and I hope you can follow up on legislative and medical progress.

This is heartbreaking but unfortunately not isolated. I have been turned away several times form emergency rooms. Luckily my wife has never been suicidal or physically aggressive. She is only verbally abusive and completely psychotic but the issue is the same. Not enough funding for beds in wards to help and treat people. Not enough funding to ensure suitably trained personnel are in the emergency rooms to evaluate people when they present.
On behalf of society and mankind, I apologise to you Senator Deeds for a system that failed your son, failed you and your whole family.
When will Governments realise that mental health is a crisis that will not go away. When will they start funding it properly.

I've worked with people who pretend mental illness doesn't exist only because they are afraid of it. I've seen so much harm done to people who ask for treatment and then leave with more issues because their therapist/counselor was abusive. This happens in the field of drug and alcohol treatment. i've lost jobs advocating for dual diagnosed clients. It saddens me but I won't ever give up on them.

How can a "modern" society be so short-sighted and ill-informed?

I have also been following and writing about Mr. Deeds' and his son's tragedy. It seems to take a high-profile tragedy like theirs to revive the discussion on the dire state of mental health care in this country. I also live in VA, and expect that what will happen to funding here will be what happened after the Va. Tech. massacre: funds initially ramped up, then gradually drained away within 2 to 5 years...until the next tragedy happens, and the same pattern repeats itself.
Rep. Tim Murphy, R-PA, is introducing major legislation in the U.S. Congress to fund and expand the mental health system in this country. He is framing this in terms of the needs of the mentally ill themselves, not of the "threat" they pose to others - and we should all be working to advance his efforts. Write letters, pass it on, blog about it! The bills appear to have a good chance of succeeding - which is quite amazing! Some good news!
Another major bright spot in the struggle is the Affordable Care Act, which mandates parity - equal treatment for mental health services. Those parity rules are now fully in place, so insurance companies cannot impose tighter limits on mental health services than they do on "medical" services.
I think the tragedy our mental health care system represents is the major social justice issue of our time. Keep up your efforts and keep the faith!
Thanks for the article!

I know what this is like firsthand. I had no place to go to and I was homeless at the time. I have a history of mental illness and self-harming. I was even in the Army at the age of 37 and was afforded a mental discharge. Basically I was living in Hawaii at the time and as I said, I was homeless. As a last resort I called 911 because I had thoughts of suicide and self-harm. I was picked up and was then asked by one of the EMTs why I didn't just call a cab. According to him my call wasn't important to him and that I was wasting their time when they could've been on a call that was more important than mine. I never felt more homicidal before in my life This was also shortly after I had overdosed on my medications and was admitted into the psych ward. I'm still upset about this and so I've made a plea to Crowdfunding to help me fund my cause to have a facility for children/teens/young adults to go to when the ER sends them home or doesn't have a bed for them. It's in the works and I have also sent an email to Senator Deeds as well. I don't want this type of incident to happen to another child in need. So it's my goal and ambition to see this to fruition. My most deepest sincerest thoughts to Senator Deeds in the loss of his son. Thank you.

This will keep happening over and over until we STOP the unholy alliances of the psychiatric community and the pharmaceutical companies that are raping and killing our society. There is NO SUCH THING AS MENTAL ILLNESS!!! It is simply a micronutrient deficiency that leads humans to behave with the symptoms described and labeled by an industry that is "Making a Killing".
I am baffled by the lack of press that reveals and exposes the lies of Pharmaceutical drug companies. Every lawmaker in this country should be required to read Robert Witakers "The Anatomy of an Epidemic" And every insurance company and mental health facility should pay for natural supplements that actually HEAL our brains and refuse to pay for pharmaceutical poison!!! I was cured COMPLETELY from the worst mental disorder ever and remain drug free and symptom free. www.myqxlife.com/healmybrain

My heart goes out to Senator Deeds. Whenever I see an interview or hear his named mentioned my heart hurts and makes me work even more hard.
I am a mental health professional in Virginia. And while we are not in the same area as Senator Deeds, the mental health system here in Prince William County is overwhelmed and always trying to do more.
It's astounding to me, that while almost all mental health professionals in the area can prove how limited the services are here by looking at how many of our clients (25%) get sent over 100 miles away for acute psychiatric care, we are struggling with getting a private psychiatric hospital being approved by the Health Commissioner. I've been told that legislators and other state employees believe we do not need a hospital. Yet nearly every mental health professional and client in the county know that we desperately need more services.
Something has to give. Before there's even more tragedy.

You know it's extra worrisome when a person with influence like Creigh Deeds can't get help for his son. Let's hope his efforts to introduce new legislation are successful, moving the dial a tiny bit in the right direction. In the meantime, we all have to keep shining the spotlight on the shameful failure of this country to serve the mentally ill and their families. -- Janice Holly Booth "A Voice out of Nowhere: Inside the mind of a mass murderer." Amazon #1 in schizophrenia. http://amzn.to/1hnlnB5