The Relationship Between ADHD and Time Blindness 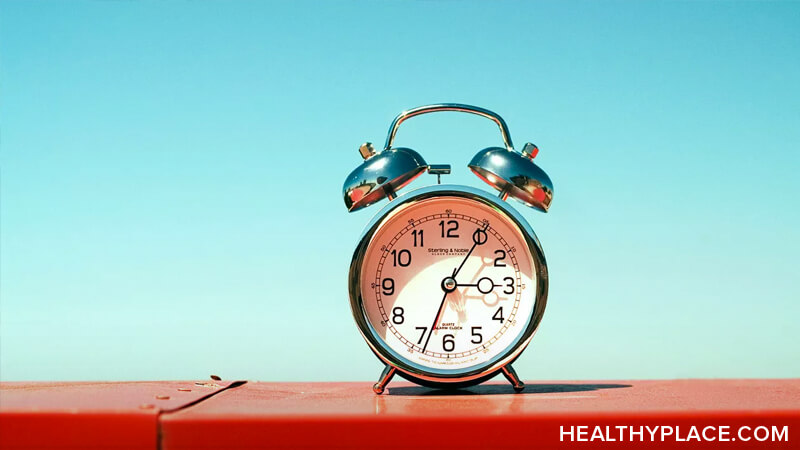 The fact that time blindness is part of adult attention-deficit/hyperactivity disorder (ADHD) is all too clear to me. For example, I'm not too fond of early afternoons, primarily for how quickly they seem to appear each day.

I wake up each day between 7:00 a.m. and 8:00 a.m., make coffee, read for a bit, shower, and sit down to work, yet somehow it seems that nearly every day, without fail, I don't actually begin that work until nearly 1:00. The worst part is, I don't know where the time between sitting down and beginning work goes. If I set up a security camera in my apartment and watched the footage back, I'd probably see myself pacing about the room, grabbing a drink from the fridge, checking my phone, or doing any number of random activities.

What Is 'Time Blindness' and Why Is It Important to People with ADHD?

Time blindness is a symptom of attention-deficit/hyperactivity disorder that refers to how those of us with ADHD perceive time. As researchers have investigated ADHD more — importantly, as the understanding of it as a lifelong disorder, as opposed to something exclusive to children — they've discovered quite a bit about how adult ADHD affects life.

In studies, researchers have found that people with ADHD struggle more with time-based tasks and retain less memory of specific parts of that task afterward. Furthermore, time-based tasks regularly result in the following:

"cognitive overload in subjects with ADHD, which could lead to a significant disadvantage in everyday life and impede performance at school or work."1

Basically, some people with ADHD constantly feel like time is slipping by, and this perception creates panic, anxiety, worry, and stress. Not only do we have trouble perceiving the flow of time, but we also struggle to accurately estimate the length of time something will take as well as difficulty recalling timelines of events in the past.

Time Blindness Isn't the Disadvantage We Think It Is

It's frustrating to constantly cycle between states of panic, confusion, and disorientation because our lives are passing by at speeds rivaling the speed of light. Thankfully, time blindness isn't a life-threatening, chronic condition. In fact, time blindness has less to do with how we, as individuals, function in the world and much more to do with how the world has established systems that work against us.

We're held to the same schedules as everyone, working, typically, from nine to five, working our schedules around meetings that might interrupt a productive bout of hyperfocus, adhering our neurodivergent brains to a neurotypical world. It's not that we can't get things done or that we can't be productive, high-functioning members of society; it's that our society frequently fails to give us the proper resources to succeed.

Many people with ADHD are aware of their current state, whether it's a hyperactive do-all-the-things state or an inattentive I-just-want-to-chill state. But because we're accustomed to our natural ebbs and flows, we know how to work with them and achieve the maximum benefits. Problems, really, only arise when we have to conform to what's considered "normal."

I hate early afternoons because I feel like I should have been working already by that point, but the truth is that I tend to do my best work in the evening, and I tend to be able to relax the most in the morning.

APA Reference
Harvey, A. (2022, March 22). The Relationship Between ADHD and Time Blindness, HealthyPlace. Retrieved on 2023, January 29 from https://www.healthyplace.com/blogs/livingwithadultadhd/2022/3/the-relationship-between-adhd-and-time-blindness

This was very well-written and informative. I'm really glad you brought up the link between ADHD and anxiety. ADHD makes it difficult for many people to stay organized. This puts a strain on employees who are constantly required to multi-task and meet strict deadlines. Sometimes a person spends so much time looking for missing documents that they don't have time to complete all their work during office hours.
Employers can give their employees accommodations, but they have to be "reasonable and fair" for the job expectations. Unfortunately, some companies find loopholes in the ADA. They can claim that a seemingly simple accommodation is not reasonable when, in fact, it is. For instance, if an employee is paid hourly, they may not be allowed to work outside of office hours. The reason is that the company can get sued if an employee claims that they are not being paid for all the hours they work. BUT what would happen if companies gave employees with disabilities a contract saying they are allowed to work outside office hours without being paid for extra time? There would be A LOT less pressure. Employees would be able to finish their work with high-quality results!
Sure, people can argue that it's "not fair or equal" because receiving accommodations would be like "cheating the system." This is especially true for people with hidden disabilities because the challenges are not obvious. BUT everyone has a right to the same chance for success. Some people just need a little more help than others, and that's okay.

Thanks, Martha.
I fully agree with you, especially in the era of remote work. The nine to five structure simply doesn't work for everyone. People with ADHD also have the additional gift of being creative problem-solvers, assuming the right conditions are met to let that creativity bloom. Many employers instead choose to confine people to grey-walled cubicles with sterile environments and constant monitoring that inhibits this kind of creativity.
Hopefully, we see this start to change.