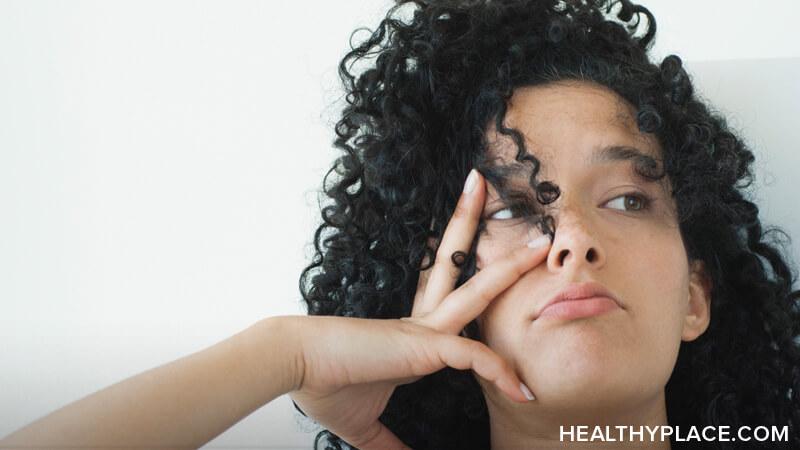 Accessing attention-deficit/hyperactivity disorder (ADHD) medication is not as easy as people seem to think. Doctors consider stimulants to be some of the most effective ways to treat ADHD. However, in the United States, these stimulants are controlled substances that are regulated by federal law, particularly the Controlled Substances Act (1970).1 Recently, I bumped up against some of these regulations and spent the day traveling around in search of the right medication. Legal barriers to accessing ADHD medication made it difficult.

Why Is Accessing ADHD Medication Difficult?

Additionally, pharmacists have told me that they cannot legally fulfill my prescription until I have only a few days of medication left. This is a problem when the pharmacy must order the medication, which can easily take more than a few days, making accessing ADHD medication in a timely manner almost impossible. These rules prevent me from planning ahead in order to make sure I do not run out of medication. Abruptly stopping medication can lead to withdrawal symptoms. Even if withdrawal symptoms are mild, the situation is anxiety-inducing. People with ADHD already tend to struggle with anxiety.

The day I visited several pharmacies was prompted by my regular pharmacy being out of my prescribed dosage. They offered to order it, but it would arrive in five days. Instead, they returned the prescription and suggested I try another pharmacy a few blocks away. I called the other pharmacy to discover that they could not tell me over the phone whether this medication was in stock because it was a controlled substance. I had to physically go to the location and just hope that they had it.

It turned out that this other pharmacy, as well as a number of others, did not accept my insurance. As far as the pharmacist knew, I was also forbidden from paying out of pocket for the medication.

I eventually found another pharmacy that had the right dosage. However, the medication was by a different manufacturer. My insurance apparently covers only off-brand ADHD medication, but that still leaves quite a bit of variety. The way the stimulant is released into the body, as well as non-medical substances (such as binding agents), can vary enough to make a huge difference. For example, someone might have an allergic reaction to a specific pill casing.

People with ADHD already struggle to keep track of appointments, follow regulations, and take their medication on time. Some laws even require that you carry controlled substances in their original bottles (so much for pill organizers). Supposedly, it is better to leave medication at home, which is difficult since many stimulants are instant-release and need to be taken multiple times during the day.

Do you have any tips for navigating laws that make it difficult to access the medicine you need, or have you had an entirely different experience? Please let me know in the comments, and thank you for reading.

ADHD and Transitions: Change Is Tough; How to Deal with It
Why Adult ADHD Makes Shopping for Clothes a Struggle