Finding a Balance Between ADHD Busyness and Relaxation 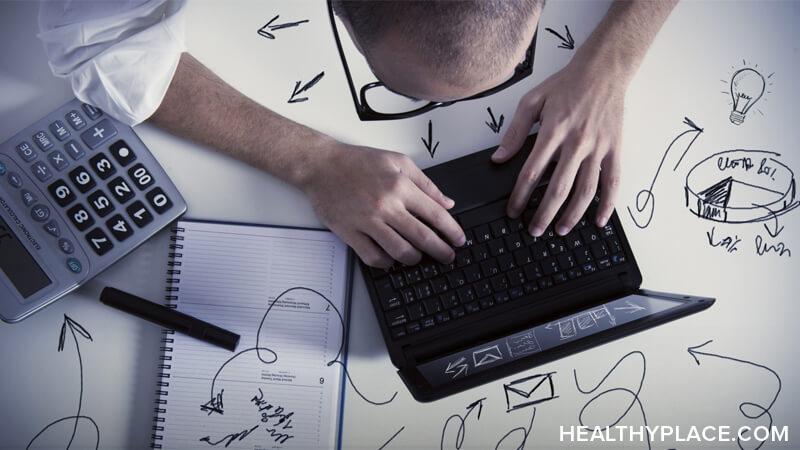 Finding a balance between busyness and idleness is hard for those with attention-deficit/hyperactivity disorder (ADHD). Some with ADHD keep their active brains too busy, sometimes resulting in burnout. Other ADHDers find it difficult to accomplish anything and consider themselves to be lazy underachievers. Many with the condition swing between both, overachieving one minute and dropping the ball the next. I would like to talk about why we struggle with this juggling act and what steps to take when finding a balance in our lives with ADHD.

Finding a Balance When Your Brain Is Always Busy

Whatever the appearance, most people with ADHD are very active. Whether we are putting energy into work, daydreaming, or playing, we are almost always mentally engaged. Unfortunately, that effort is often noticed only when being “productive.” Productivity usually involves steadily working at something until completion and requires regulating one’s focus.

This proves challenging when someone with ADHD wants to relax when she should be working and be active when she should be taking breaks. I am not sure if it is harder to force myself to get started on a task or to get back into the “zone” after taking a break. This is why many with ADHD either procrastinate like mad or overload their schedule. The promise of free time is both invigorating and terrifying. There are so many enticing and necessary things to do that it makes it almost impossible to choose.

Certain studies show that the brains of people with ADHD work as hard as, if not harder than, those of others.1 However, sections of the brain that monitor impulse control and reward system responses work differently and perhaps less efficiently in ADHDers. It makes prioritizing difficult and can lead to mental paralysis and unproductivity. Alternately, it might result in someone doing everything at once, which can ultimately lead to stress and, again, take a toll on productivity.

Dr. William Dodson has an interesting theory about what motivates those with ADHD in comparison to those who do not have the condition. In theory, those without ADHD prioritize their work based on “importance, rewards, and consequences.”2 The tasks could be important to you or to someone else, the rewards could be internal or external, and the consequences could be severe or mild.

In contrast, people with ADHD gauge their tasks by enjoyment and urgency. If the sword of Damocles hangs over your head at the midnight hour, that is urgent. A task being essential for you or your boss or someone you care about is not necessarily enough to motivate you if you have ADHD. Performing a task you do not want to do can feel like being in the nine circles of Hell.

Finding a Balance Between Productivity and Relaxation

Check out the video below where I give some advice about finding a sense of equilibrium. Let me know in the comments if you are the kind of ADHDer who errs on the side of being overly busy or unproductive. How do you force yourself to relax or work at appropriate times?

APA Reference
Matteson, N. (2018, May 29). Finding a Balance Between ADHD Busyness and Relaxation, HealthyPlace. Retrieved on 2023, January 28 from https://www.healthyplace.com/blogs/livingwithadultadhd/2018/5/adhd-and-balancing-busyness-and-relaxation

ADHD and Accidents: How Can You Reduce Your Risk of Injury?
ADHD Myths and Misconceptions Vary by Culture
Niki Schering
July, 21 2022 at 2:04 pm

This was very helpful. I am 44 years old and just getting diagnosed but I have had it all my life. I have been through many employers that were happy to over utilize my hyperfocus then toss me aside when burn out occurred.

This can be a really tricky concept for people who don't have ADHD to understand. It's so critical to understand how differently the brain can work, and just how difficult a choice it can be for someone with ADHD to a) do something they don't want, and b) find a healthy balance.

This is so true, and it's something I'm still teaching myself. Thank you for your comment, Lizanne.