Sometimes I stop to think what my life would be like without the diagnosis of adult attention-deficity/hyperactivity disorder (ADHD). Identities evolve throughout our lives based on experiences and who we innately are. What if who we are by birth turns out to not be true? What if we don't have adult ADHD? What if we're just slightly more impulsive than "typical" adults, or what if our "hyperactivity" is actually mania? 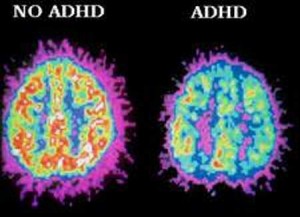 I have lived with this "disorder" for about 10 years now. Having this diagnosis has given me a concrete framework within which to understand my brain and my behavior. It doesn't give me excuses, per se, but it does help me to explain why I feel, think or do a lot of things. When I have a project I want to complete RIGHT NOW, I feel certain it's my adult ADHD brain that's telling me to get it all done and get it all done quickly. What if it's not me, though?

What if I Don't Have Adult ADHD?

I've been reading up on it lately, and many adult with a diagnosis of adult ADHD do not have hyperactivity as one of their symptoms, even if they did as a child. Sometimes, a psychopathology, like bipolar disorder, get mistaken for adult ADHD when it's first diagnosed in childhood. Bipolar disorder isn't typically diagnosed in children, so it could be an easy mistake to get a label of ADHD when you really are bipolar.

On the other hand, I do have a family history. I do go on spending sprees, though I look for sales still. I recently learned about cyclothymia, which seems to be "bipolar disorder lite." I have had some craft projects gone awry, which make me wonder. When my crafts "go awry," that typically means I spend a whole day doing nothing but and can't get enough. Money? Who cares, spend it! I've always said it was probably me being hyperactive, but maybe it's not. Since psychology isn't like other medical professions, I can't get a brain scan to tell me it's this or that.

Does ADHD Matter to My Identity?

The big question is, though, if I didn't have adult ADHD, would it make a difference? If you didn't have the diagnosis you have, would your identity be changed drastically? I'm not sure how I would feel.

By the way, Tuesday should be my last test of physical therapy school (until the major board exam) assuming all goes well. Wish me luck, friends!