Alcohol Addiction: Is It Innate or a Learned Condition?

Claiming to have alcohol addiction before ever drinking alcohol really confuses people. I'm often asked how I could possibly know this for certain (What Is Alcoholism? Alcoholism Definition). My statement is based on both the self-awareness I gained in sobriety and careful reflection of my previous behaviors. I noticed that many of the behaviors which fed my alcohol addiction have been present in my life since I was 10 years old.

Alcohol Addiction Is Innate -- It Is in My Nature 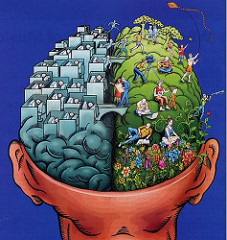 As a young girl, I sought an escape from the trauma of being bullied at school every day. One particular evening, I tried to drink vodka straight because I knew it would make me feel better. Unprepared for the bitter taste, I spat it out.

Then I had an epiphany: mix the vodka with orange juice. Keep in mind, I had never seen a drink mixed before so I really didn't know what adults did with vodka. My epiphany was based on an intuitive thought, and that is one reason I believe I was an alcoholic before ever taking a drink.

Another factor which contributes to my alcoholism is the emotional release I sought from my substance of choice. Alcohol was a tool to avoid feeling emotions, to separate myself from other people, and it gave me a false sense of security. When alcohol was initially taken away from me, I felt vulnerable and weak (Alcohol Withdrawal: Symptoms and Duration of Alcohol Withdrawal). The same was true in Junior High and High School where I used perfectionism and over achievement to create a sense of safety.

Even though I was not using alcohol yet, I was looking for something outside of myself to make me feel better on the inside.

Among the contributing factors to developing an alcohol addiction are: family history of addiction, drinking habits, and mental health. While I am not sure if I was necessarily born with alcohol addiction innately, I still feel confident that it began before I was introduced to alcohol. I suspect that there is a different answer to this question for everyone who identifies as an alcoholic.

APA Reference
Doyle, B. (2015, December 3). Alcohol Addiction: Is It Innate or a Learned Condition?, HealthyPlace. Retrieved on 2020, December 5 from https://www.healthyplace.com/blogs/debunkingaddiction/2015/12/alcohol-addiction-is-it-an-innate-or-learned-condition

Why Charlie Sheen Needs to Take More Responsibility for His Behavior
Alcoholics and Self-Sabotage: Why Do We Do It?
Amanda S
December, 11 2015 at 10:29 am

Wow! This is an incredible perspective.