My Alcohol Addiction Is a Disease

The alcohol addiction disease model is a divisive concept between those who see drinking as a choice and those who believe alcoholism relieves an individual of the willpower to resist alcohol. This is even a dividing line between addiction recovery programs LifeRing and Alcoholics Anonymous. It has been my personal experience, that when active in my addiction, my actions did not align with my moral code. When drunk, I did things I have no recollection of deciding. Furthermore, I cannot count the number of times I have heard a recovering alcoholic say, "I always swore I would never ______, but I did that when I was drunk." To me, this is evidence enough that after I take my first drink, the disease takes control of my brain and I lose any control or willpower I had against alcohol. My alcohol addiction is a disease.

I'm a firm believer that it's nearly impossible to understand the alcohol addiction disease model unless you have lived it yourself. However, let's try this exercise. If you are someone who doesn't believe that alcohol addiction is a disease of the brain, try to find a time in your life when you said something during an argument that you later regretted. Now think of a time when you ate one potato chip, resolving to only eat one, or just a small handful, yet you quickly devoured an entire bag. If 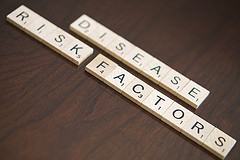 you can think of one similar instance in which either of those things happened to you, then you can understand the alcohol addiction disease model on a very small scale. The moment where you lost control, however briefly, is very similar to the disconnection that an addict experiences when actively drinking or drugging.

Admittedly, I had a very difficult time accepting this model of alcoholism addiction as a disease myself. I often thought that I should have, could have, or would have made different decisions when drinking. In those moments, I remind myself of the nights my body behaved differently than I wanted. For instance, one night I was so drunk the room was spinning around me, and all I wanted was to stop drinking so that it would stop. And yet, I poured myself another screwdriver. This is a real example of me losing the power of choice over alcohol.

What I have just described is the unpredictability of alcohol addiction. Unpredictability is one of the defining characteristics of an addict or alcoholic. While in rehab, I was taught that an alcoholic is someone who cannot reliably predict what will happen after they take their first drink. So even though there was one time I did not lose control, black out, and drink far more than I had intended to, I can still be an alcoholic because of the unpredictability of my drinking behavior evidenced by my numerous other experiences.

Alcohol Addiction Is a Disease: Alcohol Cravings Despite Consequences

Too often, people assume that someone is only an alcoholic if they drink copious amounts of alcohol. This is not the case. Most heavy drinkers are not alcohol dependent. I have met many men and women in recovery from alcoholism who never blacked out, but always had a little booze in their system.

An alcoholic is someone who, despite negative or dangerous consequences, still has the desire to drink. Despite all I know about what happens to me during and after a drinking binge, I still crave alcohol. Not all the time, and usually the desire is not intense enough that I would drink, but I still want it. Now, I also know that shooting myself in the foot would be immensely painful, require hospitalization, possibly even surgery, and therefore I have no desire to shoot myself in the foot. See where I'm going with this? Why in the world would I still want to drink alcohol if I knew it would result in me losing my job, my license, getting in fights, and possibly killing myself or someone else? There is no logical reason that I would still want something which is harmful to me, except for the possibility that addiction is uncontrollable.

My addiction is a disease of my brain which tries to convince me that my next drink will be different.

APA Reference
Doyle, B. (2015, June 18). My Alcohol Addiction Is a Disease, HealthyPlace. Retrieved on 2023, January 31 from https://www.healthyplace.com/blogs/debunkingaddiction/2015/06/my-alcohol-addiction-is-a-disease

How Do You Have Fun in Sobriety?
Alcoholism and Addiction Recovery: Sober Summer Fun