Filling Your Time In Recovery Without Drugs and Alcohol

I got sober in a rigorous outpatient treatment program based on confrontational therapy and geared toward adolescents. At nearly 22, I was the oldest client. The program is unorthodox and its founder is a somewhat controversial figure in the mental health treatment community. I have mixed feelings about his methods, but something in that program did get, and keep, me sober where others had failed. I have also attended inpatient substance abuse rehabilitation programs and more traditional outpatient programs based primarily on addiction education. Various hospitals funneled me into dialectical behavioral therapy (DBT), which, while full of healthy living practices, was not what I, personally, needed to break free of alcohol's chokehold. Nearly every treatment in which I participated also encouraged 12-step meeting attendance, which I pursued in a drunken haze for nearly two years.

Staying Busy and Directed without Drugs and Alcohol

I learned something valuable from most of my experiences, but I've thought long and hard about what worked for me in that confrontational outpatient program and I think the key was this: structure, direction and obligations on my time during most of my waking hours. 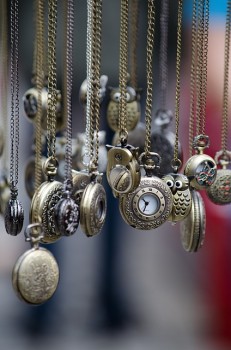 Without veering off into a detailed description of the program, I will just state that it involved several group sessions per week, many 12-step meetings and countless hours hanging out with other members of the therapeutic community, which had a hierarchy of responsibility and privileges. My alcoholism drove me to the point where I wanted to disappear. I didn't know anymore how to put one foot in front of the other, except to walk down to the Plaid Pantry for more malt liquor. But despite my despair, I found that during the three separate occasions I attended inpatient treatment, I did not struggle too hard to stay sober. I believe the reason for this is that my days were laid out for me, with nearly every hour planned.

Before I started drinking, I was extremely self-disciplined and self-motivated with school, exercise and any extracurricular activity in which I participated. But when alcoholism knocked me to the floor and stole all my direction, I could not cope. I did not know how to assemble a life.

I can understand why others would look at my situation back then and say I had everything to live for. I was young, otherwise healthy, intelligent, musically talented and interested in many subjects. However, I felt as though I had forgotten how to exist as a human being. This outpatient program took up so much of my time and my mental energy that I didn't have much left for my addiction.

Slowly, I began to piece a life back together (although it didn't come together as fast as I thought it should at the time). I had to engage in enough positive action and distraction to keep me sober long enough that I could begin to heal. It took me six months to get a job and 18 months (at which time I graduated the program) to go back to school full time. I should note that when I graduated from this program I intensified my relationship with a 12-step program and to me it continues to be invaluable.

Filling Our Lives with Positive Activity

Anybody can fill their time with something. I slept a lot and watched a lot of TV in early sobriety. Eventually, however, you need to develop some investment in whatever it is that's filling your time. I could have spent all day in a DBT class or a life skills class and still drunk before and after (which, in fact, I did) because it wasn't the right focus for me at that time. I needed direction, supervision, the 12-step program and something I felt was productive and useful. Anyone with whom I attended that confrontational program will tell you that I was often resistant to the counselor's methods and I am still ambivalent about them. However, at the core of all those hours spent with others in the program was the concept of one recovering addict helping another, and that is a goal with which I connect.

Today, I thankfully have many interests, obligations and hobbies in my life. For those who are struggling to pass the minutes and seconds without a drink or drug, take heart; with patience and small steps, a time may come when there are not enough hours in the day for all you wish to accomplish.

APA Reference
Lesley, K. (2014, September 8). Filling Your Time In Recovery Without Drugs and Alcohol, HealthyPlace. Retrieved on 2022, June 30 from https://www.healthyplace.com/blogs/debunkingaddiction/2014/09/filling-your-time-without-drugs-and-alcohol

Regrets and Belatedly Making Amends in Addiction Recovery
Wine, Women and Song: Can Experiences/Behaviors Be Addictions?
Joe Denucci
October, 2 2014 at 11:27 am

-"I think the key was this: structure, direction and obligations on my time during most of my waking hours."
Positive preoccupation is critical to living a sober, mentally healthy life.
You know what they say about idle hands...

Absolutely. Boredom is a huge trigger for so many people.