Pitfalls Of The Internet When Battling Schizoaffective Disorder

Comparing Ourselves to Others on the Internet 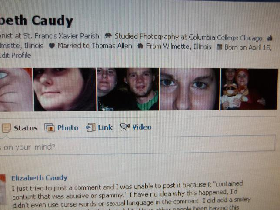 Social media sites can be the cause of a lot of low self-esteem across the board, not just for people with mental illnesses like schizophrenia or schizoaffective disorder. This is because we compare ourselves to other people based on the flattering stuff they have uploaded to social media sites. What people forget (and that goes double for me) is that people generally only share the best of who they are on the Internet. Then we compare ourselves to that magic mirror portrayal of others – and start to focus on our own shortcomings in ourselves. This isn’t being fair to ourselves. We need to look at the situation objectively and see that everyone has skeletons in the closet.

That’s why this blog is so liberating for me. I get the chance to make my personal skeletons public. I know from reader feedback that I’ve helped other people while doing so. That just makes the job so much better.

Oversharing On The Internet When We’re Sick

Everyone can fall prey to oversharing, whether or not we have a mental illness like schizophrenia or schizoaffective disorder. But I had a really bad experience with oversharing on the Internet the summer after I got my master’s degree.

I earned my degree in photography, and college is a really warm, cozy place for that. After all, the number one expectation of you while you’re studying art in college is to make art. Then the “real world” is unleashed on you, and no one gives a damn whether you make art.

So that brings us to the summer after I got my degree. I was freaking out. And I freaked out on the Internet. I sent out hundreds of mass emails that summer -- rambling and incoherent rants. I wrote, “cemeteries are a criminal waste of space . . . cremation, the way to really fly,” all over the social media site I was using most. One of my friends, who also has schizoaffective disorder, asked me if I was okay. I wasn’t. I even wrote a piece on a public Internet blog that dissed my best friend and then sent her a link to it (Repairing Relationships Damaged By Mental Illness).

Making Amends For Hurting Feelings On The Internet

That fall, I made a medication change and started dialectical behavior therapy (DBT). My best friend and I were able to get past my insensitivity, which says a lot for her. I definitely freaked out a lot of my friends that summer, via the Internet, but most of them are still my friends. And, let’s face it, as I said before, if it weren’t for the Internet, I wouldn’t be writing this. The Internet is a tool. But, as Ani DiFranco said, "Every tool is a weapon--if you hold it right."

I have schizophrenia but do not over share. Actually only 5 people know I have schizophrenia. Brothers, parents, and best friend. The problem I have is that I see people my age getting married and buying houses. Stuff that I a not sure I will ever have.

I was diagnosed with schizoaffective disorder after being diagnosed with bi-polar for many years. I saw this blog and realized I am a person who projects stigma on myself!! I am glad to read this information and found it very helpful. I have shared with people before and lost many people who I thought were friends.....
Glad to have found a place to share.........

So true!
I have bipolar 1 myself, and oversharing has been a real problem for me over the years. The worst time was actually before social media, although there were mailing lists.What I did on them, and in person, was epic in a bad way. Time has pretty much taken care of the embarrassment...