The Politics of Psychology

What is it that causes Schizophrenia? What is it that makes one see, hear and think the inconceivable? Freud believed that Schizophrenia was caused by repressed homosexuality, a theory with no solid evidence. Nevertheless the idea is still perpetuated amongst certain circles of psychoanalysts who are misguided by an outdated theory. Why is this? 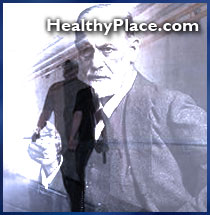 I've always found the modern belief that ones sexual preference causes Schizophrenia perplexing. How is it that one would correlate these two? What does hearing voices have to do with being attracted to a same sex partner?

The answer, I believe, lies in the politics of psychology. People in the past and present have used the fear of the mentally ill to launch personal agendas. Modern Psychology and Psychiatry should by grounded in evidence and proven methodology, not homophobia and fear. If it strays from science then it becomes the tool of politicians and national temperament.

The brain is a complex organ, and we have only become to understand its infinite complexities. The gaps in our understanding of the human mind should not be filled with hatred, whether it be mistrust towards homosexuals or fear of the mentally ill. If we ever loose sight of this, then the mentally ill will become nothing more than the tools of corrupt politicians and media speculation. Psychology will cease to be a science, and instead become the banter of pseudoscience.

We are entering an era in the treatment of Schizophrenia, that will measure and quantify the myriad of variables involved with this disease. Though the Scientific breakthroughs in treatments for people with Schizophrenia continue to unfold, the stigma and societal views towards it's victims remain stagnant. Politics continue to play an important role in a disease that needs to be treated, not demonized. Once we accept this fact, then solutions can unfold and advances can be made. If not we will re-enter the era of Psychological absurdity.

Hi there to all, since I am actually eager of reading this webpage's post to be updated regularly.
It carries fastidious data.

Please explain to me why is it that my son who is on olanzapine tablets of 20mg daily for nearly 3 years is incapable on moving with his life, no motivation of preparing his future although he is very stable, no nervousness, enjoying his music, football matches on tv and have a good appetite. He is quite socially involved. I am very worried about him. He is 27 years old and was suddenly ill at the age of 15. Kindly help me.