Why A Correct Depression Diagnosis Is Important

There comes a time in your life when you just have to say, “ENOUGH!” There IS something wrong with me. Life isn’t meant to be this dismal… is it? 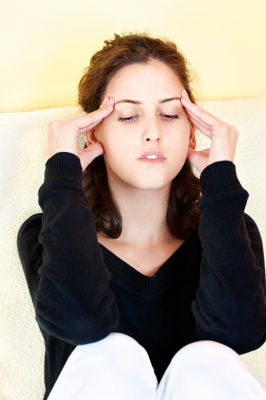 And, this is just a partial list of the symptoms associated with depression. I know, because I’ve lived all of them, and if I hadn’t sought professional help, planning suicide may have turned into committing suicide (Depression and Suicide).

Seeing the Doctor for a Depression Diagnosis

Fourteen years ago, having suffered all of the symptoms of depression that I listed above, as an act of desperation I went to my doctor. Not having any real experience with what depression was (it wasn’t talked about hardly at all back then), I was in a panic as to how my life was unfolding. I had three young children at the time and I was indifferent to them. INDIFFERENT! I cried to my doctor and told her everything I had been experiencing and before she could speak, I begged her to help me. I begged her to believe me… that it wasn’t in my imagination… that I wasn’t leaving her office until I had a diagnosis.

How Depression is Diagnosed

After I calmed down, unruffled by my outburst, she asked me to confirm my symptoms as she listed them, which I did (though I denied the suicide stuff at the time. I was afraid if anybody knew about that, that I would be locked up or my kids taken away or my driver’s license suspended. Silly nonsense.) My doctor then took my vitals to make sure everything was “okay” as far as heart rate, blood pressure and so on, then she diagnosed me with depression.

I cried again. She believed me! She was going to help me! Most of all, she told me that depression was completely manageable with therapy and/or medication (the “and”/“or” is very important there as depression treatment isn’t the same for everybody).

Depression Diagnosis is the First Step to Wellness

And so my journey to wellness began. It hasn’t been all rosy, don’t get me wrong. All you have to do is read some of my blog posts or watch some of my video posts. But, without first being diagnosed, there was absolutely no way of getting the help and support I needed to get well and stay well.

If you have prolonged occurrences of any or all of the depression symptoms I’ve listed above, I implore you to see your doctor. Get screened. Get diagnosed. Get help. (Take online depression test)

Life is NOT supposed to be perpetually dismal. Life is a beautiful gift and we all deserve to enjoy it.

Mental Illness, Depression is Hereditary
Depression and Oversleeping: I Want to Sleep All the Time