How To Be Confident in Any Conflict 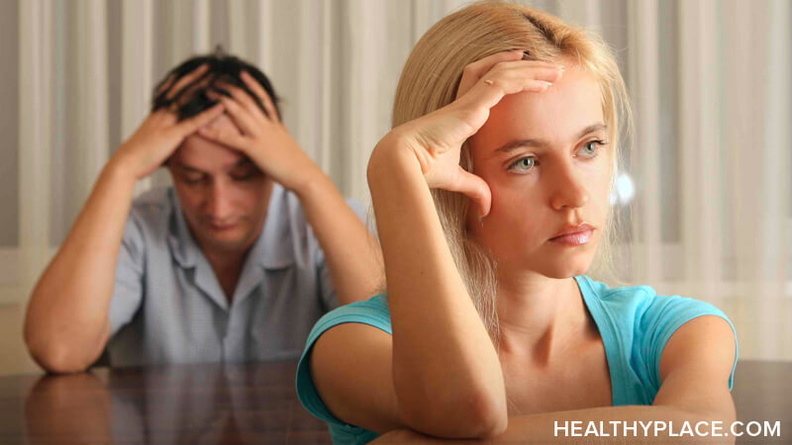 A disagreement or argument can cause all of our effective communication skills to go out the window. When we let emotions get the best of us, we tend to act from a place that can be hurtful to ourselves and others. Reactions are more intense and hurtful to us and them. When we lose control, it keeps us from feeling confident, our emotions tend to override any logical thinking or problem solving skills. Reacting from a place of hurt, anger, or sadness can keep us from being effective communicators and often makes the problem or disagreement worse (Control Your Emotions So Your Abusive Partner Can't). 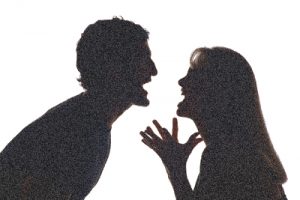 Here's an example of what I'm talking about. Jen and Alex are roommates and began arguing over a text. Jen was annoyed that Alex hadn’t paid the bills on time like she said she would. Alex began to become defensive and argumentative, as did Jen. The fight was out-of-control by the time they were face-to-face later in the day. Many hurtful words were said by both parties, in hopes of defending their perspective.

At risk of potentially saying or doing damaging things to hurt their relationship for good, I would suggest both girls use the PAUSE skill. The PAUSE skill is exactly as it sounds, taking a break from the situation to cool off and collect your thoughts. Decreasing your emotional reactions and increasing your confidence to communicate effectively.

Step Away to Gain Self-Control with PAUSE

Think about a time when you pushed or avoided in a conflict with another person. Did it help when you acted from an emotional or logical place?

PAUSE is an easy way to be skillful and maintain control over your emotions in the heat of the moment.

Put the phone down or politely step away for a moment. Excuse yourself from the situation before acting without control.

Activate your other senses. Distract momentarily to avoid building up your anger or avoidance. Focus on your breathing, on a texture, call a trusted friend, avoid the overwhelm temporarily.

Urge surf. If you feel urges to act or respond, notice them an move on. Like a wave, the urge will not last forever. If another comes up, accept it and feel it, then move on. Try not to fight it.

Step into their shoes for a second and see what their view could be. Take note of anything you could have done to perpetuate the problem or make it worse.

Express yourself effectively. Before going back into the disagreement or trying to make amends, make sure you are acting reasonably. Write down what you want to say and the possible outcomes of doing so. If needed, enlist a family member or close friend to hear you out. 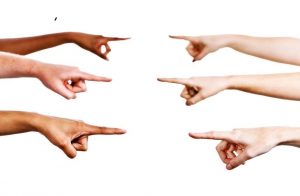 Make sure to take ownership if you had a part in the problem. Remember there are three sides to every story, yours, theirs, and the truth, which is what happened without judgment. When we are emotionally overwhelmed, it can be difficult to see things from another person's perspective. If you can apologize for your part, it will help diffuse some of the tension. Even if they don’t do the same, you can step back from the situation and know you tried your best to solve the problem and handle the conflict.

Pushing it under the rug. Telling the person you are disagreeing with that it doesn’t matter, or you are over it, is invalidating to both you and them. If you care about the relationship, then you will push beyond your comfort zone to work it out.

Bringing up past disagreements or things they did wrong. It’s not the problem of the moment and only distracts from the issues in the moment. Try and stay on task. Even if they bring up something that you did in the past, acknowledge it and let them know right now you want to talk about what just happened.

Sarcasm. It makes others feel disrespected, not to mention they appear insecure and defensive. Sarcasm tells others you can’t tolerate them or the conversation. While you may feel it diffuses uncomfortable feelings, in reality it makes others frustrated, often wanting to avoid future interactions.

Tags: confident in a conflict

APA Reference
Roberts, E. (2013, May 22). How To Be Confident in Any Conflict, HealthyPlace. Retrieved on 2022, January 27 from https://www.healthyplace.com/blogs/buildingselfesteem/2013/05/how-to-be-confident-in-a-conflict

In the midst of conflict or disagreement it is important to remember that both parties are responsible for handling their own emotions. Ask yourself, "what am I really arguing about", "am I more fixated in being right and placing blame on the other person". Learning to communicate your needs, fears, resentments, frustrations, etc is key to developing a sense of control and compassion for yourself and the other person. Remember that expectations lead to disappointment. By seeking communication counseling you can learn to see the patterns of your behavior and the effects it is having on your relationship.

For me, the worst problem is when someone brings up the past to tarnish a current conflict. It's meant to drive home a point that the opponent is selfish, incompetent or cruel. It shows real gaps in the relationship when someone has been harboring any bad events from the past and a lot of negative feelings that are just beneath the surface. This becomes a tool that is used frequently as if to have the last word, but it's deadly. Frequent use of this creates distrust.

You are right, and that happens a lot. When we try to use our own effective skills it can really help to see which relationships we want to work towards and which to spend less time attempting to fix. Keeping in mind that you are trying your best to communicate effectively is important and key in keeping your confidence intact.