How Are Binge Eating and Overeating Different? 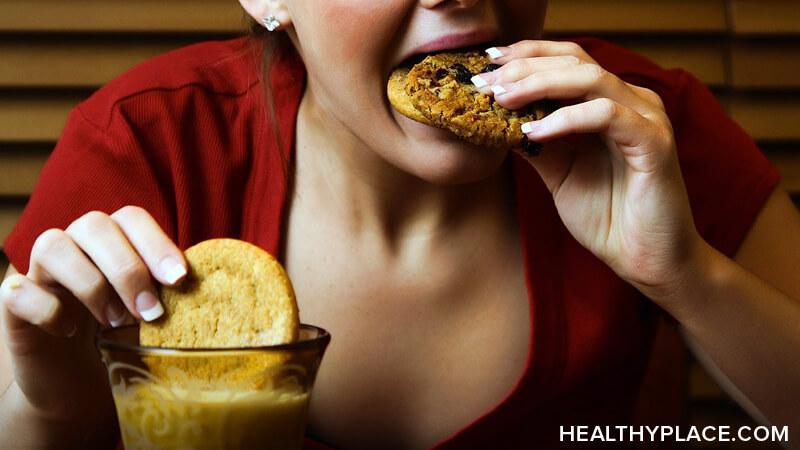 Overeating and Binge Eating: The Differences

Overeating is what it sounds like; you eat beyond the point where you would typically stop. You might overeat during special occasions, holidays, and periods of stress or overwhelming emotions. You might overeat alone or with other people. Overeating by itself can also become a habit.

According to NEDA, the symptoms of BED include:

All the symptoms listed above for BED are characteristic of a binge, but I think the most important symptom of BED to address is loss of control. Overeating can be motivated by many things like taste, stress, hunger. But there is a point that crosses from overeating to binge eating; when you lose the ability to stop yourself from eating more, beyond comfort.

It's easier for me to distinguish between overeating and binge eating because I've experienced both. When I overeat, I might keep going back to get another cookie, but eventually, I'm satisfied, and there are cookies still left in the jar.

Even if you don't meet the diagnostic criteria from BED, that doesn't mean you can't ask for help. If your eating habits are affecting your life and mood, there is a world of support available. You don't need to worry about "not being sick enough" to ask for help from the people who care about you. These experiences with food are more common than we realize. Don't be afraid to share your own experiences.

Connect with Emma on her personal blog.