Anxiety About the World via the News: Reclaim Your Peace 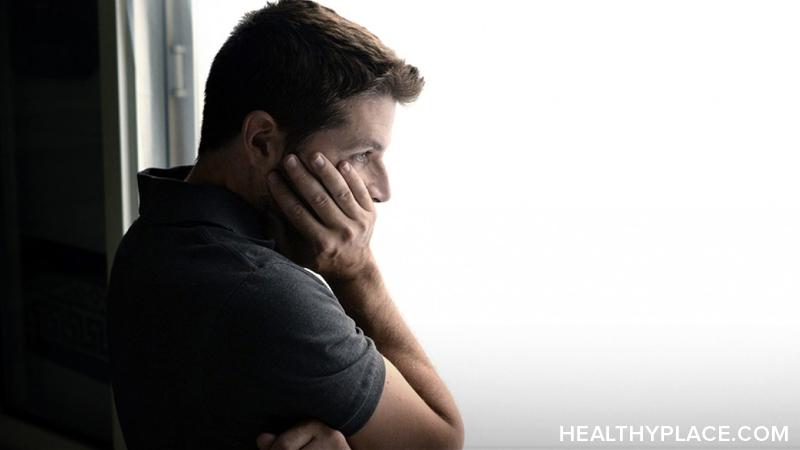 Our collective anxiety about the world is skyrocketing. Anxiety disorders are the most common of all mental illnesses worldwide, and the United States is the most anxious nation, with a higher percentage of people diagnosed with anxiety disorders than in any other country.1 Further, the experience of anxiety in the United States is on the rise, with more and more people reporting problems with worry and fear that aren't diagnosable as a mental illness.2 What is behind this climbing anxiety? The answer to that is quite complex, of course, and can't be reduced to one single explanation. That said, there are contributing factors. One such cause of anxiety about the state of the world is the news. Here's a look at what's happening to help you decrease your own anxiety.

First, though, important disclaimers are in order. In this article, I've used a single prominent issue--climate change--to illustrate how news about it isn't helping us feel calm and in control. This isn't a look at climate change itself, nor is it advocating for or against the hotly debated issue. Additionally, I've selected two articles from two prominent news sources--CNN and Fox News--to highlight how a neutral fact is reported. This isn't an attack on either news source, nor are they the only two media implicated in creating anxiety. The purpose of this article is simply to examine how events and facts are reported to give you a new perspective and a tool to reduce your own anxiety.

How News Is Reported Contributes to Anxiety About the World

In "Coronavirus Anxiety: 6 Things You Can do Now To Stay Calm," we explored together how the way the situation is being reported is causing many people to feel anxious, worried, and afraid. There seems to be a game going on in the media that is affecting the news we receive. Whether it's to boost their own ratings and website visitors, to fill the demand for new content delivered 24/7, or something else entirely, many news sites clamor for our attention by appealing to our fears.

Another part of the current media game seems to be the drive to push an agenda. No longer is the media in general reporting neutral facts and allowing us to interpret these facts for ourselves. Instead, news reports are crafted in a way that appeals to negative emotions and promotes the news entity's side of the story. The result is that it is very hard for people to simply get the straight facts about what is really happening in the world.

To illustrate how our fears are being created and manipulated, let's take a look at the reporting of recently released climate change information. The fact: A high temperature of 65 degrees Fahrenheit (18.3 degrees Celsius) was recently recorded at the Esperanza research station in Antarctica. By itself, in its neutral, fact-based format, it may cause some concern, but it's unlikely to cause most people to panic. High anxiety happens as a result of the way this fact is shared.

Both CNN and Fox News posted articles about the high temperature on the same day. Both, in their own way, contribute to the general unease about global warming.

The news network CNN posted an article on February 7, 2020, entitled "Antarctica Just Recorded It's Hottest Temperature Ever."3 That is an alarmist headline, as it is unknown whether this is the highest "ever" for Antarctica; after all, temperatures have only been tracked for a few decades. The article even admits later on that the record hasn't been verified; nonetheless, the title claims that this temperature is absolutely cause for alarm and anxiety

The CNN piece uses tactics called catastrophizing and jumping to conclusions to spark anxiety and fear. (These tactics happen to be types of automatic negative thoughts, or ANTS, that are at work in anxiety.) An example:

The Antarctic region is heating up rapidly due to heat-trapping gas pollution from humans. And the warming observed here has serious global consequences, especially for the millions of people living on the world's coasts who are vulnerable to sea level rise.

This plays on our fears but doesn't provide concrete evidence to back it up. The phrase "due to heat-trapping gas pollution from humans" is linked to another CNN article, one that mentions nothing about human-caused climate change but tells of a man who swam in a lake in a glacier. If people simply note that it's linked and assume it's to a relevant source, their anxiety will likely be reinforced.

CNN isn't the only source implicated in inciting anxiety. The Fox News article about the same topic ("Antarctica appears to have broken a heat record"4 does so, too, but using a different tactic. The Fox News article inspires fear by omission. The Fox article stays vague in its explanations, leaving the anxious brain to fill in the gaps. Rather than pointing fingers at human activity and screaming, "danger," this article had this to say:

Cerveny [with the World Meterological Organization] said the unusually high temperature was likely due, in the short term, to a rapid warming of air coming down from a mountain slope.

But what mountain slope? Does this happen with all mountain slopes on the planet? And what about the long-term implications? This is odd; are they hiding something, and if so, must it be terrible? The nonspecific line in this article leaves the already-anxious brain to fill in the gaps on its own.

To be sure, climate change--cause notwithstanding--is serious. Some anxiety about it is normal. But when any news source manipulates basic facts to appeal to your fears, they are impacting your anxiety. Take back control over your thoughts and emotions by being aware that the news is often less than neutral. Emotional, heated words are used to scare you and keep you coming back to them in hopes of reassurance.

When you read or hear news about an important topic, seek multiple articles to piece together a more balanced perspective. Then, decide what the information means for you and your life right now. If facts aren't properly and neutrally reported, you can reduce your anxiety by reading the accounts critically and eliminating the fear-based content.

How does watching or reading the news affect your anxiety? Share your thoughts in the comments.

Tags: anxiety about the world

APA Reference
Peterson, T. (2020, February 13). Anxiety About the World via the News: Reclaim Your Peace, HealthyPlace. Retrieved on 2022, December 9 from https://www.healthyplace.com/blogs/anxiety-schmanxiety/2020/2/anxiety-about-the-world-via-the-news-reclaim-your-peace

Coronavirus Anxiety: 6 Things You Can Do Now to Stay Calm
The Power of an Anxiety Journal
Lizanne Corbit
February, 17 2020 at 7:48 pm

This is such an important topic to discuss! Yes, we want to be informed citizens, but the majority of the news is extremely fear-based and this can leave many of us with heightened anxiety. I think it's so important for conversations like these to be taking place so that we can realize we are not the only ones who experience "news-anxiety", and to also call out the bias. As you said, the news is rarely ever neutral and keeping this in perspective can provide an element of space and relief.