I’m Not Afraid; I Have Anxiety 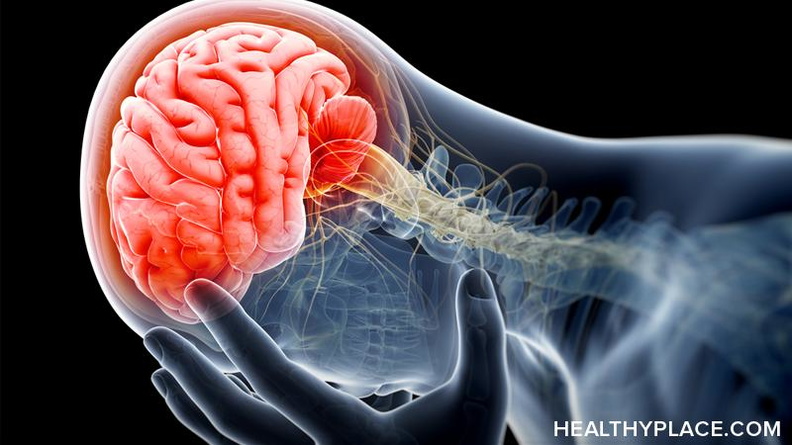 There are many people in my life who understand the difference between being afraid and having a panic or anxiety attack. They are educated enough to know there is a big difference between fear and anxiety and for that I am very thankful. However, I also have people in my life who think both are created equal. They believe, and often strongly, that both those feelings are just different levels of the same base emotion – fear. Here is how I explain to people that I’m not afraid; I have anxiety.

The Difference Between Anxiety and Being Afraid

Please keep in mind that I'm not speaking about worrying or feeling uneasy. I am talking about anxiety as a mental illness that could leads to panic attacks or agoraphobia.

These definitions should make the difference obvious, but since we are looking for ways to educate the non-initiated, I will go a step further and point out the biggest difference of all. Fear has a solution. Remove the “imminent danger” and a person’s fear will dissipate. Anxiety has no immediate solution and often comes on without warning. 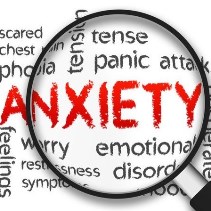 Anxiety can increase in severity despite a person’s logical brain screaming that there is no actual danger. This process is not based on cause and effect, at least not in the same way as fear. While it may feel the same as fear, the cause is a disease process and something a person has no control over and the effects can last indefinitely, if untreated.

Anxiety feels like fear, but that’s irrelevant to the situation. All soda pop, from cola to lemon lime, feels the same. The differences are still there and calling them all the same is simply incorrect. Just because anxiety and fear share something in common, even something as strong as biology, doesn’t make them the same thing.

Sometimes the best explanation to help people understand isn’t an analogy or even a dictionary, but how we feel about it and our choice of words when describing our anxiety symptoms. Perhaps, in the beginning, some people with anxiety didn’t understand what was happening and inaccurately reported their symptoms. If they didn’t understand what was happening, it isn’t hard to see where a miscommunication could have developed.

As much as I hate clichés, “lead by example” is the best course of action.

Is Your Comfort Food Making You Anxious?
When Anxiety Strikes Without a Cause
F C
August, 27 2015 at 5:10 am

Gabe,
I appreciate your VOICING OUT for those who suffer from Anxiety Disorders ... or as I call them IMBALACES !
The majority of anxiety disorders or imbalances (w/excetion to Trama & PTSD - which still leads to imbalances) --- are actually organic/metabolic/chemical-hormonal caused or affects of certain illnesses or imbalances.
Such as if you have Heart conditions or defects, or High or low Blood pressure, or lipid/cholesterol etc -- you will have imbalances and a raised ♡rate & the release of adrenal hormones and other chemicals that WILL PRODUCE Impending Doom & physical anxiety symptoms.
Same with many Auto-immune disorders, and Glandular imbalances or disorders or disease.... and many other things.
THE BODY IS ONLY REACTING TO EXCESS CHEMICALS THAT ARE SUPPOSE TO ALERT YOU TO "SOMETHING isn't OKAY with the organ, gland, etc" !
And if left unattended... will produce a cycle & become worse.
But most doctors do not look for root causes... instead they just say stress ! Well of course there's stress or Distress... because the body is trying to speak up about an underling problem.
And the more distress the more hormonals & chemicals released the MORE ANXIETY... which is usually felt as PHYSICAL ANXIETY
and if allowed to continue (ie, root not treated) it will eventually cause chemical reactions of more KNOWN Anxiety Symptoms in the Brain & Nervous System.
And if unteated for years more breakdowns in body & health will develop. And after years - as most people like myself didn't know until mid to later adulthood that they had since birth congenital heart defects & Adrenal
gland defects & Pancreas... & that was why that ALWAYS felt "THAT" way. Others blaming on "thinking negatively or too much" and even more critical.
Oh and if you have heard the latest research on PTSD ... many people are predesposed to getting/having it "WHEN THEY HAVE THESE & OTHER CONDITIONS", so even PTSD has roots. This explains WHY everyone in wars do not all develop PTSD.
So combine THIS INFO to Gabe's and maybe we can educate Others that ANXIETY DISORDERS or Symptoms ... are Really Physical Disorders & Imbalances and NOT ABOUT A PERSONS LACK OF EFFORTS OR CHARACTER DEFECTS !
Support .... YES EVEN ENDLESS SUPPORT & UNDERSTANDING IS NEEDED !
Healing & Health & Blessings to all !

Hello F C,
Gabe is no longer writing for HealthyPlace and is unable to respond to comments. I know he'd appreciate your comment. Thank you for sharing your perspective on the root of anxiety (and other) disorders. Anxiety disorders are indeed very complex, and researchers are increasingly identifying physical aspects in the brain/body that contribute to anxiety. Other readers just might find your insights helpful and reassuring!

Dear Gabe,
The article was very useful, to understand my own situation.
I'm 39. I have got panic attacks (got fainted at the end!) 6-7 times during last 20 years, and almost all the times is was due to 'waiting for an uncomfortable moment'.
Most of those situations are the ones that "I was observed by others"..
Eg:
1- On the stage
2- while writing for the final year university exam (peers/ competitors were waiting to see my performances, as I was a briliant student)
3- Wedding day !
Hope these detail would useful for ur further studies/ knowledge..

Hello Arjuna,
Gabe is no longer writing for HealthyPlace, so he is unable to respond to comments. Thank you for sharing your insights. You've exposed some of the roots of anxiety! Anticipating uncomfortable moments and having a heightened awareness of the judgments of others both contribute greatly to anxiety. Knowing this is powerful, as it can help us recognize our thoughts and feelings and counter them realistically.

Dear Tanya,
Appreciate your quick response. ;)
I'm reasonably knowledgeable & conscious about the condition.
But unfortunately, I don’t know how would I feel/ react even for the ‘Next instance’.
The awareness of ‘my anxiety/ panic attack history’ itself, is acting as a vicious-circle to make the ‘next instant’ worse. (i.e. I ASSUME that I would get the symptoms & get fainted when I will facing the instant).
(Hope I explained clearly)
Pls. comment.
Thanks in advance ;)

My anxiety is overwhelming. It's hard convincing the Doctors sometimes. They think you just want xanax or they get frustrated when you don't get better in their timeframe.

Thank you, Cello, for reading and commenting. Keep up the good fight! :) it is important to stay on course. Gabe

I have anxiety . a m male 37 year old
I have panic attack in chest every time
So may fear
I am cholesterol patient
I pluse 96 every time
so many doctor consultant.
so many test
every doctor diagnose anxiety.

Thank you so much for reading and commenting. Panic attacks are not fun and I commend you for looking for help and moving forward. ~Gabe

Great Article but i HATE HATE HATE the tile Anxiety-Schmanxiety For this blog HATE!!!!!! oh well bu i will keep reading the blogs....But the Schmanxiety is so minimizes how i feel, and its not funny.....

Thank you for reading and for commenting. It seems like anything short of "Anxiety Holy Crap This Sucks" would minimize how we feel about anxiety. I completely agree that anxiety, panic disorder, panic/anxiety attacks -- ALL NOT FUNNY. My personal belief is to embrace humor as healthy -- even if it doesn't quite fit. Thank you so much for reading and commenting. I appreciate your feedback! :) Hugs, Gabe

I didn't quite understand this until last summer when my partner was going through cancer treatment. We had a family therapy session to try to brainstorm some ideas to help her through treatment. Our therapist said, 'the difference is she has something to be legitimately afraid of she is having poisoned pumped into her body, You feel the same way when there is not threat" I think it helped us both understand it.

Thank you so much for your kind words. And for commenting! :) ~Gabe