Cats Help Mental Health: How Getting a Cat Helped My Anxiety 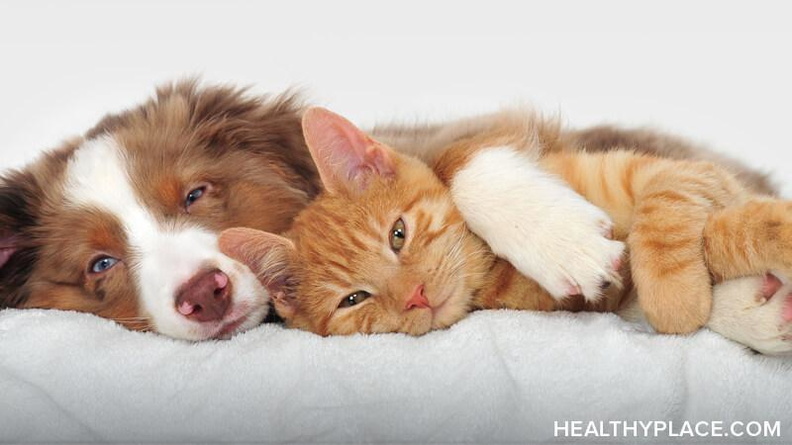 In January of this year, I adopted a cat named Lemmy. Some of you may have seen him lounging around in the background of my videos, but I’ve never devoted an entire post to him. I feel as though I should, as adopting him has been an incredible boon to my anxiety and is proof that cats help mental health in general.

I’m a cat person, full-stop. I wasn’t even in kindergarten when my family adopted its first cat and since then we’ve always had at least one. It wasn’t until I got my own place that I got my first taste of life without a cat and it always felt like something was missing. I decided to remedy that, and I adopted Lemmy from the CatCade, a cat café on the north side of Chicago.

My Challenges with Anxiety

Furthermore, I still struggle with being able to talk about my mental health issues with others. Though I’ve made progress, more often than not I don’t know how to reach out when I most need to. Because I’m unable to get my negative feelings out, they bottle up, giving them the potential to become much more severe than they would be had I just shared them.

Lemmy helps me with both of those issues.

How Cats Help My Mental Health

When I’m feeling anxious, more often than not, I reflexively move to withdraw and hide from the world. Lemmy doesn’t let me do that. He loves (and needs) attention – if I’m holed up in my room, he’ll jump up and lay at the foot of my bed, wanting me to pet him. I can’t see him laying at my feet and not give him the affection that he wants. I’ll lay next to him, giving him gentle pets and listening to him purr.

As I’m petting him, I’ll instinctively start talking to him – if I’m feeling anxious, what I say will naturally be about what’s making me anxious. Weird as it may sound, there have been days where I’ve had “conversations” approaching 30 minutes with Lemmy. At some level, I understand he can’t respond, and that he doesn’t really comprehend what I’m telling him, but at that moment. that doesn’t matter. I perceive him to be a sympathetic listener who loves me and wants me to be happy, and that is all I need.

His therapeutic characteristics reach an even more basic level than that. The simple act of feeling his fur helps drive the negative thoughts out of my head. Even looking at his face makes me smile and gives me something positive to get me through the day. I keep a massive gallery of his pictures on both my phone and my computer at work so I can see him regardless of where I am. These benefits should not be seen as exclusive to me. Pet ownership has been linked to an increase in a number of hormones that help control anxiety, including oxytocin, dopamine, and serotonin.2

All this to say: I cannot recommend highly enough adopting a cat if you have anxiety. If you find a cat that’s even half as great as Lemmy is, you will consider yourself beyond blessed.

Treating the Pain of Anxiety and Headaches
Is Anxious the New Normal? Take Back Your Real Normal
Amanda
August, 22 2018 at 10:54 am

I have believed in pet therapy for so long now ,
I have two cats nezzy and Jacob from twilight they are brother and sister and just fussing them helps me as I have depression,panick attacks and anxiety and p t s d .
My two fur babies make me get out of bed as they need me to look after them and they pay me back by letting me fuss them which again helps me
Please everyone keep fighting don't give in as that is to easy....

Hi Amanda,
I'm glad pet therapy has worked so positively for you! I think pet ownership has those reciprocal benefits - they need us for survival, and they give us so much back in return, even if they can't realize how they're positively impacting our lives. It shows that we all do better by sticking together and being there for one another.