A Way to Feel Sympathy for People with Mental Illness 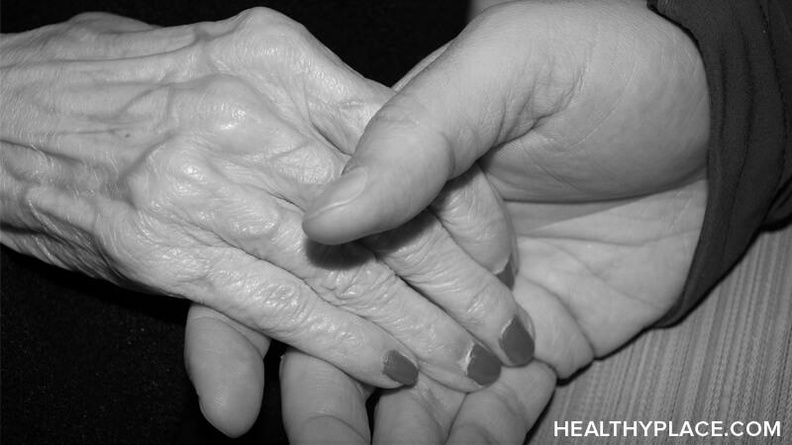 Why is it so difficult to feel sympathy for people with mental illness? Some of you may have heard the story I'm about to talk about – it gained a fair amount of traction online a few weeks ago.1 Regardless, I feel the need to share it again, because it so perfectly embodies our broken attitudes and inability to feel sympathy regarding mental health.

On July 11th, Samuel Bardwell, a 20-year-old basketball player from Silicon Valley, was admitted to El Camino Hospital following a serious anxiety attack. Expecting, at the very least, a sympathetic ear, he was instead met by Dr. Beth Keegstra, who violently tried removing Bardwell from a hospital gurney, shamed him by saying he was less sick than the other patients, and implied he was only trying to obtain narcotics.

In time, Keegstra reluctantly gave Bardwell a benzodiazepine medication. Bardwell’s father, Donald, recorded the confrontation and posted it to Facebook, where it has since received over five million views.

Following the incident, Keegstra was immediately suspended from her position. Obviously, this was the right thing to do, but if we think this is going to solve the problem, we’re fooling ourselves. Keegstra was not the cause, but the symptom, of a disease – one that is in a much more malignant state than I could have imagined.

I’m not going to mince words – we suck at sympathizing with the mentally ill. We like to think we’re getting better, with celebrities like Demi Lovato making great strides for progress and awareness, but this incident shows we’re not.

By analyzing Keegstra’s actions, we can begin to make sense of those troubling statistics. In her eyes, “mental illness” is an oxymoron – the mentally ill aren’t really ill, they’re whiney drama-queens desperate for either attention or a few pills. Society at large doesn't feel sympathy for the mentally ill any more than this emergency room doctor does.

I’m not going to waste time refuting her argument – to do so would be to suggest it has legitimacy. What I will say instead is simply this: the fact that I, a freelance writer, have to say this to a mental health professional more than demonstrates how profoundly lacking we remain in sympathy.

How to Feel Sympathy for People with Mental Illness

Amputation as a Paradigm for Mental Illness

Given all of that, the question for all of us remains: how can we make our society able to feel sympathy for the mentally ill? I won’t pretend to have the ultimate solution but I will suggest something that may help.

What makes mental illness so easy to judge is that, because so much of it is neurological, the symptoms are invisible. Physical illnesses, obviously, have physical symptoms that anyone can see – I guarantee that Keegstra would’ve treated Bardwell much better had he come into the hospital with an amputated leg (Physical Side-Effects of Anxiety in the Body).

And there, I think, is where we can start. When someone says they’re anxious or depressed or suffering from any mental illness, imagine his leg is amputated. Imagine how difficult it is for someone missing a leg to do everyday things we take for granted – that is not necessarily different from someone who is seriously mentally ill. If we can do that, we’ve made a small, albeit invaluable, step forward.