Avoidance and Agoraphobia Come from Fear, Not Failure

Avoidance and agoraphobia come from fear, and they involve someone removing him/herself from a problematic situation. Neither avoidance nor agoraphobia is a sign of failure or weakness. They're coping mechanisms. Why do people avoid anxiety-provoking or otherwise uncomfortable situations, and more, why do they develop agoraphobia? Some myths and stereotypes say that people living with agoraphobia are weak or lazy, failures at various things (Fear and Anxiety; The Meaning of Fear). Here’s why that’s wrong.

What Are Avoidance and Agoraphobia? 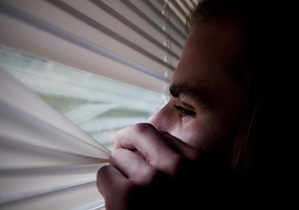 Avoidance is the act of staying away from people, places, and events that trigger anxiety, posttraumatic stress disorder, feelings of depression, or any other very unpleasant and potentially dangerous situation. Avoiding things and people is a deeply-ingrained part of human behavior; indeed, it's a coping mechanism that has protected people from feared situations for millenia. Avoidance is a coping mechanism, something someone does. It isn't a mental illness.

According to the DSM-5, someone with agoraphobia has intense fear or anxiety about being outside the home alone, standing in line or being in a crowd, being in enclosed places like movie theatres, restaurants, etc., being in open spaces like parking lots, and/or using public transportation. If someone experiences two or more of these fears, a diagnosis of agoraphobia may be in order.

The DSM-5 further emphasizes that agoraphobia involves avoidance because of fear and anxiety. Sometimes, panic attacks and panic disorder occur with agoraphobia, and when that happens, people are diagnosed with both panic disorder and agoraphobia (Note: this is a change that began with the publication of the DSM-5 in 2013. Prior to that, agoraphobia was a subtype of panic disorder.)

Avoidance and Agoraphobia Come From Fear; They’re Not Failure

When the human brain perceives a threat, it shifts into fight-or-flight mode. The “flight” response is programmed into all of us, and it is very self-protective; it is concerned with getting us to safety and keeping us there.

When the flight mode stays on, we get a constant message telling us to remain fearful of danger. We stay alert, anxious, and afraid. When so many people, places, and situations feel threatening, we avoid them more and more. When the avoidance becomes persistent, lasting six months or more, and pervasive, affecting all aspects of life and self—relationships, work, school, thoughts, feelings, and behaviors, a diagnosis of agoraphobia is possible.

Avoidance and agoraphobia are exaggerated fear responses. Someone with agoraphobia isn’t weak or lazy. He/she has an anxiety disorder; agoraphobia is an extreme form of self-protection.

APA Reference
Peterson, T. (2016, January 21). Avoidance and Agoraphobia Come from Fear, Not Failure, HealthyPlace. Retrieved on 2020, May 24 from https://www.healthyplace.com/blogs/anxiety-schmanxiety/2016/01/avoidance-and-agoraphobia-come-from-fear-not-failure

Age-Related Anxiety, or What Should I Have Done Already?
Recreate Yourself Without Anxiety And Depression
Carol Ferri
December, 26 2018 at 2:37 pm

I thought I was so lazy. I wondered why can’t I be like other? Whats wrong with me? I never realized I could have agoraphobia. This helped me. Now all I have to do is dot?

Hi Carol,
I realize that I don't know you, but I can still say with confidence that you are not lazy. Agoraphobia has a way of zapping self-esteem as well as keeping you on edge. Overcoming agoraphobia takes patience, practice, and time, but it is possible (and as you do it, you'll prove to yourself that you're not lazy). It can be helpful to start by defining what you want in your life. What will be better as you overcome agoraphobia? What is the quality life you want to create? Then, define little things you can do to start to work toward what you value. A step outside your door to breathe in fresh air is enough at first. Slowly build on it. Step by step you're beating agoraphobia.

Thanks so much Tanya. I do remind myself of this all the time and deep down know it's not my fault and I have no reason to be ashamed, but it sneaks up on you sometimes :) I think it also depends on who I'm in contact with. Some people make you feel that way. That's when I come to your posts and read them over again.

All types of anxiety tend to do that to us -- they sneak up sometimes. You're right about people mattering, too. I've learned that over time. There are people, whether it's intentional or unintentional, that make us feel anxious, go into avoidance mode, etc. I'm glad you like coming here! You don't need one, of course, but you have an open invitation. Bring a cup of tea (or whatever you like), relax, and feel at home!

Thank you for this article...it made me feel so much better. I had a panic attack yesterday for just being called about a job interview. I bit the bullet, talked myself through it, and made the appointment. Sometimes I think that I MUST be crazy...it is hard to explain why you can't go to parties or to church or even the doctor's office sometimes, because of this irrational fear.{ I call it irrational...because sometimes I can be normal and actually go places without this happening. It makes no sense.} I don't know how I will be able to function at a job...but just knowing that I am not insane is helpful. It gives you courage. Thanks for that.

Hi Marty,
Rest assured, you are not crazy, and you are not insane! Once of the frustrating things about panic, avoidance, agoraphobia, and anxiety in general is that these things so often make no sense. They appear to be random. While there can be rational explanations such as brain activity and/or triggers you might not even be aware of, it's okay not to know the explanations. You should celebrate the fact that you made it to your job interview! That's an accomplishment you should own and be proud of. If you can identify what worked for you, what were the things that got you there, you can build on those for future successes, like functioning at a job. Keep that courage.

I'm bipolar and have been diagnosed with agoraphobia for about 10 years. It is a torture that effects EVERY aspect of my life.
I'm trying to go to school for massage therapy and no matter what I do I am plagued with fears. Having the fear is one thing, but my fight or flight feels like it is CONSTANTLY triggered. Honestly, it's exhausting and distracting me from being the exemplary student that I know I am. Your article says it can be "fixed"...but HOW?? I have tried different therapies, different meds, different approaches to "myself ". Still that part of my mind seems stubborn and very resistant to change and adaptation.
I lived a very herniated exsistance for about 18 months prior to going back to school. It was safe, but lonely, I felt like I was wasting away.
I want very much to change this, but feel clueless. HELP!!

Hello Bianca,
It definitely sounds like your experience with agoraphobia is torture. Agoraphobia interferes in people's lives, and people don't want it to. You're on the right track in trying to go to school and just reclaim your life. You mentioned that you've tried different therapies. Have you worked with a therapist or a psychiatrist (finding the right one for you can be a process; sometimes people try several different doctors/therapists before finding one that is a good personal fit)? Given that you are also living with bipolar disorder, a psychiatrist or therapist trained in mood and anxiety disorders could be very helpful. I think you're description of the flight or flight mechanism being constantly triggered is apt. That happens in agoraphobia. With the neurological components of bipolar disorder also at work, getting that to turn off might take a special approach that a doctor/trained professional can provide. At the very least, scheduling consultations with a few different professionals might help you figure out what needs to happen as well as what you're comfortable with.

Thank you for this post, for over 7 weeks now I have had panic attacks regularly from a accident I had. I love seeing blogs like this, it makes me feel comfortable and feels like somewhere I belong..

Hello anxiety,
Welcome to HealthyPlace/Anxiety-Schmanxiety! I'm very glad you feel like you belong here. You do belong here! If your accident led to a concussion/brain injury, it's important to work with a medical doctor to monitor healing and the panic attacks that started after the accident. You probably have done so, but I just wanted to mention it as someone who has also experienced a brain injury. :)

Thank you for this post. I am agoraphobic and have anxiety/panic disorders. I just wish more people understood what you just wrote so we could stop feeling ashamed of our illnesses. I love your posts...they always make me feel better. Much love sent your way.

Hi Sheila,
Thank you so much for your comment and thoughts. :) Everything I write is sincere, and I believe in it fully. Agoraphobia and panic disorders are tragically misunderstood. As you know too well, the misinformation out there is hurtful. And hopefully you also know that you aren't shameful and aren't a failure.