3 Questions I Asked My Loved One About My Anxiety Disorder

This week’s Anxiety-Schmanxiety blog is an interview with one of my very good friends. I have known her for over 10 years and she has witnessed and helped with many of my anxiety and panic attacks. In order to “shake things up,” I thought it would be eye-opening to hear about anxiety and panic disorder from a loved one’s perspective. I asked her three questions and her unedited responses are below.

Is It Scary To Watch A Loved One Have a Panic Attack?

The first few times I saw Gabe have a panic attack, it was scary. Anytime I had ever seen someone have what I thought was a panic attack before, it was much more mild. Gabe’s symptoms are pretty severe. The thing that is the most disturbing is the sweating. He sweats through jeans and a hockey jersey. That is pretty amazing. It doesn’t seem like that can be possible for something as harmless as “just” a panic attack. Now that more time has passed, I’m not scared. I know what it is and that it will pass, if we wait. I think I am calmer about it than he is, because he often worries it will be something worse this time. Or that it won’t stop.

How Do You Feel When A Loved One Has A Panic Attack? 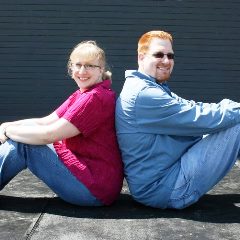 I feel bad for him. It is hard to watch someone you care about suffer, especially when you can’t do anything to make it better. But if we are being honest, I am also annoyed. It is frustrating to watch this happen over and over again, to have my plans ruined. He had a panic attack one time on my birthday. It was supposed to be a special evening out, just for me and having fun, but the night ended with me having to take care of him. That gets old. One time we had to prepare for a presentation the next morning. The two of us working together should have been able to get it done in a few hours. But instead, Gabe ends up cowering in bed, and I have to stay up late getting things done. The next morning, I was exhausted and resentful, which affected my performance. It wasn’t fair. I had done everything right, but I had to suffer (and look bad, or at least not as good as I could have, in front of our colleagues).

I know it sounds cold, but it is difficult having to be in a caretaker role. And I have absorbed the cultural baggage surrounding mental illness and anxiety as much as everyone else. It is especially frustrating when I feel like Gabe could have taken steps to put himself in a better position – like doing some self-care to lessen the frequency of his panic attacks. Am I being unreasonable? I don’t know. Sometimes I think he could do a better job of managing his own symptoms. Sometimes I’m not sure. That is the problem with mental illness – you are never sure.

What Do You Feel Your Loved One Could Do Differently During A Panic Attack?

I wish that, when he was having a panic attack, he would let me know. He tries to hide it, and sometimes that hurts him. I understand trying to hide it from everyone else, but why is he trying to hide it from me? I will figure it out, and maybe if I knew sooner, I could help. Or at least it would give me more time to mitigate the damage and extract us from the situation. Plus, it kind of hurts my feelings that he doesn’t tell me what is happening. I understand that it is a difficult line, because I get angry/annoyed if he has “too many” panic attacks, so naturally he doesn’t want me to know when he is having one. But I will find out, anyway. And the reason I am angry is because it is so disruptive. So if I had more time, I could mitigate the damages and make it less disruptive, so it is actually just counterproductive to not tell me.

APA Reference
Howard, G. (2014, December 19). 3 Questions I Asked My Loved One About My Anxiety Disorder, HealthyPlace. Retrieved on 2022, October 5 from https://www.healthyplace.com/blogs/anxiety-schmanxiety/2014/12/3-questions-i-asked-my-loved-one-about-my-anxiety-disorder

Don't Just Break Free of Anxiety. Replace the Anxiety!
Why and How to Make an Anxiety Toolbox
CadrianRhian
May, 12 2015 at 4:48 am

Its really paining when seeing a person suffering from panic attack. Sharing your experiences makes me to bring back my memories.

Hi Cadrian,
Gabe is no longer writing for HealthyPlace, so he is unable to respond to comments on his posts. It's great that you have insight into what causes pain/anxiety for you. When you know this, you can remove yourself from problematic situations. You don't want to avoid everything, of course, but you can form boundaries for yourself. For example, searching for information on panic/anxiety is a great way to take charge and understand what you are experiencing. When that information becomes too personal and triggering, you can recognize that and stop reading further. Insight isn't always easy to develop, so good for you for recognizing your triggers.