Which Is Worse: Anxiety or Bipolar Disorder?

As readers of my blog will know, each of these disorders is awful in its own way. Occasionally, I’m asked which one I hate more. Sometimes, I wonder this, myself.

It shouldn't be a surprise that I hate anxiety disorder. It is a burden to break into panic attacks without notice. It can be embarrassing to explain to the people around me why I am sweating profusely, why my heart is racing, and why all the words coming out of my mouth don’t form actual sentences.

Anxiety has prevented me from doing the things I want to do and it has “whispered” horrible things into my subconscious. Anxiety has made feel worthless, hated, and alone on more than one occasion and, despite my best efforts, it always has a way of gaining the upper hand at the worst times. 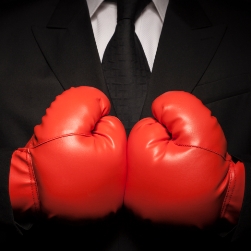 Bipolar disorder has also pushed me into the darkness and held me there. It has convinced my brain that suicide is a reasonable outcome. It is has paralyzed me with a sadness so deep that I was barely able to move. Bipolar disorder has literally tried to kill me.

Picking Which is Worse between Anxiety and Bipolar Disorder

It isn’t easy picking which is worse between anxiety and bipolar disorders. Both illnesses have caused me a great amount of pain and suffering. In my case, the disorders have also teamed up on me. Bipolar depression, as an example, is often accompanied by severe anxiety.

The reality is that I am not able to get rid of either one of them, not entirely. I have a good support system, treatment team, and a positive outlook. Bipolar and anxiety disorders seem to have a pretty tight bond, however. I can’t prevent them from working together, but I can be clear that I consider them both to be giant pains.

If I had to pick a “winner” I would say that bipolar disorder is worse. The whiplash effect of alternating between suicidal thoughts and god-like euphoria can be crippling to my psyche.

That said, I really can’t get over the sneakiness of my anxiety disorder teaming up with a more ruthless disorder to ensure it can keep its hold on me. But, ultimately, it is even more amazing how often the winner in all these battles is me.

Hi Sandra - I know how hard it is to have bipolar AND anxiety -- so I know having more issues only compounds a difficult situation. But you haven't struck out! You are fighting, doing research, and working every day. I believe in you. Thank you for reading and commenting. ~Gabe

I have just anxiety an the thought of another disorder ontop of that is to scary to think about, anxiety has ruined my life for ten years some months ok some months not- I think your very brave gabe an it's people like you that inspire us to keep moving forward. if only there was a magic pill we could take .... I would pay my life savings and then some

Thank you, Jade. We are all brave. Every day we fight back against any mental illness we let the world know we are stronger than our circumstances! I do agree with you . . . My lifesaving and then some is a fair amount! Thank you for reading and commenting. It is appreciated! :) ~Gabe

Try bipolar with comorbid anxiety disorder. Its fun. Said no one ever.

Rich - I laughed out loud at that. :) Thank you for reading and commenting. ~Gabe