Adult ADHD and Inaccurate Self-Observation: No One Likes Me 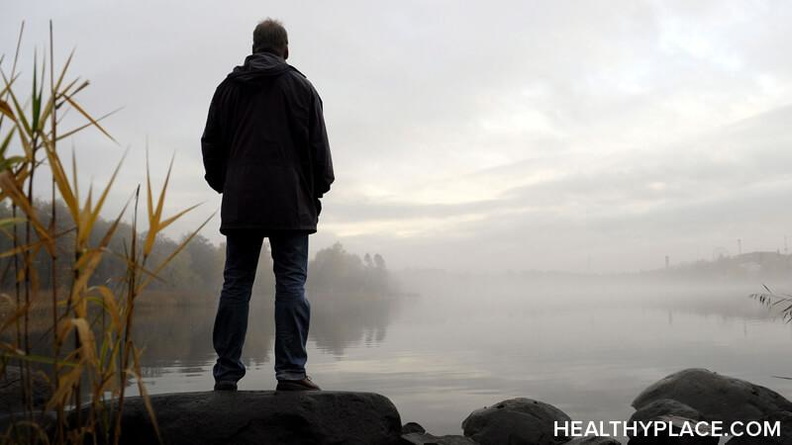 Forget that a symptom of adult ADHD is 'inaccurate self-observation.' I'm not buying it. Truly, nobody likes me. It's not that they tell me so, but I just know, you know? I realize that over 900 people follow me on Twitter, a few thousand people read my two blogs every month, and I have friends who travel 60 minutes every Saturday just to spend time with me, but none of that matters. Because I KNOW . . . I have heard that people with ADHD have inaccurate self-observation, but my observation here is based on hard perceptions. Not facts, no, but a perceived slight is every bit as good as a fact, isn’t it? Maybe not (Adult ADD, ADHD Symptoms and Their Impact).

The Recipe for Inaccurate ADHD Self-Observation

Take four tablespoons of low self-esteem, a half cup of distractibility, then mix it with a cup of impulsivity, and you have the ADHD recipe for self-observation. The world seen under the influence of this concoction is a weird and uncertain thing. Society ebbs and flows around us and we stand there just a wee bit out of sync, making decisions about the world and ourselves with wonky information.

I remember returning to Massachusetts College of Art one day to turn in my assignments. I had broken my finger and had to take incompletes in my classes. Because of this, I didn’t enroll for the Fall. When I showed up, several people came up to me and were excited to see me. 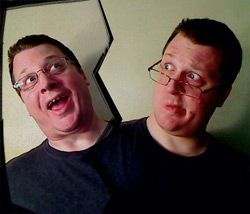 I was gobsmacked. I had been absolutely certain that not only did nobody like me, my classmates didn’t even know I was alive. I was completely wrong. In fact, thinking I had nothing to return to helped me make the decision to transfer to a different college (that and a new girl who I had a crush on). Boy, did I feel stupid.

Ten years later and I was certain I was going to publish a children’s book and live in Japan as a successful comic artist by the time I hit 30. However, that birthday came and went and I had to face the hard fact that I hadn’t done anything to work towards that goal. Maybe I shouldn’t have played so many video games. Somehow I hadn’t factored being a full-time, disabled dad of three kids into that goal, either.

Set Up an ADHD Support Network for Better Self-Observation

The truth is that with crossed wires we adults with ADHD can often fall into these mental traps where we base our self-observation on false information. Although a few ADHD adults have delicious delusions of grandeur, most end up thinking less and less of themselves over time. Mistakes, broken relationships, lost dreams . . .. The ADHD heart is a frangible thing.

The best advice I could give is to surround yourself with friends and family who love and care for you—people who aren’t afraid to tell you how it is. If you are convinced the world would sooner spit in your eye than make room for you, check with your loved ones. You will likely find that your perception is a bit skewed. And if you suddenly declare you’re the next Steve Jobs, even though you still deliver pizza and live in your Mum’s basement, friends will be there to deliver the sobering news that you might not be quite all that.

Mostly, though, you need to be aware of your own self-observation tendencies and watch for them. This vital first step will help you avoid inaccuracies in how you perceive yourself.

APA Reference
Cootey, D. (2010, July 1). Adult ADHD and Inaccurate Self-Observation: No One Likes Me, HealthyPlace. Retrieved on 2022, July 5 from https://www.healthyplace.com/blogs/adultadhd/2010/07/adhd-is-it-just-me-or-do-we-not-know-ourselves-very-well

And if you don't have any friends, because people enjoy hitting you? What should I do then?

Thank you! I've been hating myself, weird but still do don't know why but less, and I, before reading this, used to think No one likes me. I'm telling you, this is the thing I've been telling myself every single day of my life that no one likes me! You gave me a world. Oh god, this is, again, another problem with ADHD. Self-hatred is killing me slowly as well, though.

Thank you for this post. Every time I come into contact with people I feel down afterwards. I think it's because I want to be liked, so I put on an act and 'make an effort' to fit in with what I think they want of me. Then I guess I hate myself for being fake. I feel that socialising is work. I've got to act and play a role. If were to be truly and honestly myself I know they wouldn't like me! So this means I don't like myself.
This is all based on feeling because intellectually I know that I shouldn't care what others think of me and, in fact, the most attractive people are those who don't care what people think of them!
Being with people is exhausting.

I totally agree with most of this. I am bipolar and see myself with self-underestimating, self-hatred tendencies too. Because facts mean nothing when I just "know" something. Great point.
- Natasha

In my opinion, Natasha, this aspect of mental health issues is the most insidious because it's self-destructive.

I don't have ADHD, but I think "only" having depression can do wonders for warping our perception of things. I tend to think in just the type of negative ways you did before, but am doing my best to think positive.
On that topic.. looking at your split-image photo at the top of the page compels to proclaim, preferably in a fake Scottish accent:
"I'm on mae way, from miserry to happiness todae! uha uha uha uha!"

I had a lot of fun making that image. Glad you enjoyed it. I have Depression, too. It's so much better for us when we can retrain ourselves to think positively. Good for you!
Thanks for commenting.

i guess this makes sense. i'm always looking at everything i do and picking it apart in my brain over and over again and when there is nothing left to pick, my analysis is negative. i think that i accomplish something, and then the more i think about it, the less i value it. i never thought i was pretty. or funny. or talented in any way. on the rare occasion that i do like something i do, its only a matter of time before i find flaws. my friends constantly tell me that i am pretty. its annoying because i dont feel the way. i have so many blatant flaws. they tell me i'm talented and all i see is failure. my low self esteem is at an all time high. the wierd thing is im so vain about my failure. i dont really understand myself sometimes.

Boy, Anna, can I relate with what you're saying. Not that anybody ever told me that I was pretty. Goofy maybe, but not pretty. When I was upside down in the self-esteem department as you seem to be now, I started turning things around by thinking of one positive thing a day. I had to force myself to do it because otherwise I just assumed I hadn't accomplished anything of worth. I still have that tendency, but I've trained myself to offset the negativity. Good luck in the fight, and thanks for commenting.

I know where you're coming from. I went to my 30th high school reunion in 2002. I only went to that high school for 1 1/2 years so I didn't think many people would remember me. I was blown away at the number of people who did remember me. I really try to step back and observe other people's reactions to me.

What I have found is that my ADHD or possibly the medication to control it is a double edge sword when it comes to processing information. In most situations I over-analyze them. Because I will look at any given situation from every angle and then make a conclusion based on the outcome that has the most similarities, people tend to ask me for advice. However when any of these situations have anything to do with an emotional or personal event, my mind is unable to analyze it and I tend to dwell on the outcome with the worst case scenario, and somehow that becomes the reality for the situation.

WOW...u r so right! My husband totally see's things differently than ANY one else. We fight because he tends to think differently about everything from what people mean to how to do things. Thanks so much for this- very accurate!