ADHD: Low Self-Esteem, But You're OK 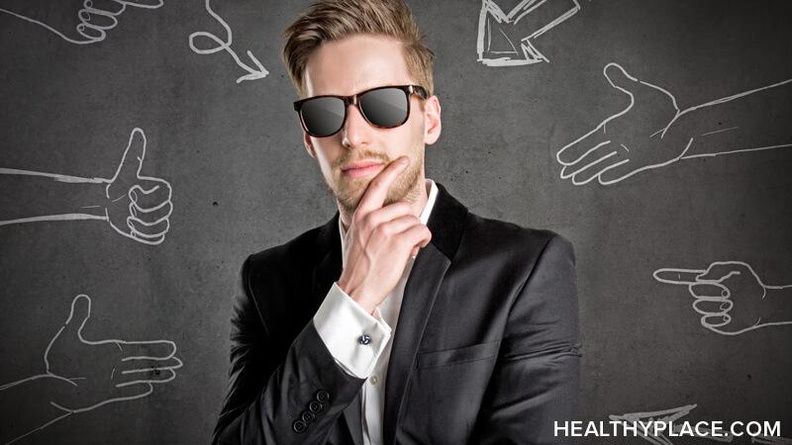 I am currently experiencing low self-esteem in my parenting skills. You see, I'm as punctual as an IRS refund with the soft temperament of a charging rhino and the understanding of a sensitive brick. Add it all up and I don't feel I'm doing so well as a Dad.

But am I really doing so badly, or am I just being down on myself? For some reason, making mistakes all the time affects the ADHD adult's self-esteem. Who knew?

Trouble with teenagers is one reason I haven't been blogging over at Dad-o-matic. I feel like I have nothing to offer in the realm of being a Dad. Who am I to give advice? I just learned that a daughter was keeping a secret from me for eight months, but I seemed to be the only one who wasn't in on it. It makes me feel stupid, like a useless bag of chubby flesh.

Do you think that's harsh? Nah, it's easy to pile on myself—bags of chubby flesh are spineless and collapsible. 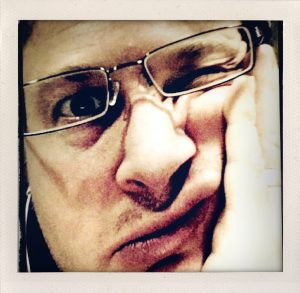 Heck, that is mild compared to what I usually tell myself about myself. I've had a lifetime of practice with self-flagellation. A lifetime of quitting before I get fired. A lifetime of cluelessly destroying relationships with careless words or deeds. A lifetime of missing the promotions… The list goes on. Honestly, ADHD helps me succeed at life as well as a colorblind walrus plays Twister.

Reality Is Often Different from Perception

The truth is, however, that I'm not really that bad. I just feel that way. And I know that it will pass; it always does.

Not every adult who has ADHD will beat themselves up, but many of us have been scolded so often by society for underperforming that we've learned to scold ourselves. It's foolish and self-destructive, but then we humans specialize in being silly that way.

ADHD and low self-esteem colors how we see that world. It's related to poor skills in self-observation. I recall one time when I caught two college instructors peering into my graphic design class, studying me, and discussing what they were going to do with me. I guess I was smart, gifted, and dysfunctional and they had no idea how they'd place me in the real world. I focused only on the fact that two teachers were troubled by me. I remember becoming so discouraged. Instead, I should have been touched that they not only were impressed with me, they were concerned for me. But, no. I had to think for years that they were jerks.

Recognizing the Upsides of ADHD

Many adults with ADHD take poor self-observation, couple it with guilt over failure, and develop low self-esteem, but it doesn't have to be that way. If you have a problem with this, try the following exercise:

Take a moment to list positive things in your life that your quirkiness has caused to happen.

In my case, I taught my daughter to podcast when it was only six months new by hyperfocusing on the internet and now she is training for a career in sound production. I discovered bluegrass and Alison Krauss by mindlessly channel surfing, which has heavily influenced that same daughter. I've found secret locations, Dr. Horrible, cool walking sticks, and new recipes. I've introduced them to fancy ramen, Obon festivals, Sailor Moon, and Marmalade Boy. I've encouraged them to have strong opinions, a love for word play, and a disregard for the rules and regulations that impede them. None of that may mean anything to you, but it means a lot to my girls.

I suppose I shouldn't be too surprised that my daughter kept a secret from me. I gave her the tools to pull it off. Looking over the list, I can see that I bring something unique to my daughters' lives. I'm an eccentric son-of-a-gun, but at least I'm not boring. I suppose I'll just have to take that as a good thing.

Hopefully, you will also see that your list of quirky achievements is long and worthy of admiration. You can be the only you, especially because of your ADHD. Take a moment to consider what a good thing that is.

Wow, you should know how unique and important you are to the supposed "normal" souls in society. I may be part of that society, but can totally get what you may be going through. In some ways, I may be this way as well. And I like to think that maybe, just maybe, I have an overactive mind, with so much to offer the world that I can only take it one step at a time. Thank you for sharing your feelings, thoughts, and insights to your world. Wish everyone else were so fortunate enough within themselves to do the same. So many people hide behind superfluous garbage that it's a wonder they aren't diagnosed. One question: rarely do people talk about boyfriends or girlfriends in this situation; So my question: What advice do you have for those who are dating those with this illness, and how do they become husband and wife, knowing what they are getting into? Plus succeed!! Take care and till next time!

What a kind comment, Wilda. Thank you.
As for your question, I've been meaning to reply to it as a blog but keep forgetting to ask my Mum and wife what their thoughts were on the matter. ADHD. heh heh…
I will ask them this very second before I forget again. Thanks for your words of encouragement!

"ADHD helps me succeed at life as well as a colorblind walrus plays Twister."
You have an amazing talent for word pictures that even this non-visual person can immediately sense what you are trying to say. I love that about your writing.
Thank you for an inspirational insigt into your life with ADHD. I hope someday to be able to understand my husband (OK- maybe that's too big a goal. Empathize, perhaps). :-)