If there is one aspect of Adult ADHD that is agreed upon by all experts, including the ones that don't believe ADHD exists, it is the lack of control over impulses. Inappropriate jokes, interjecting, spending, gambling, casual sex, news addiction, channel flipping, spilling beans…our individuality determines which particular way we embarrass ourselves. 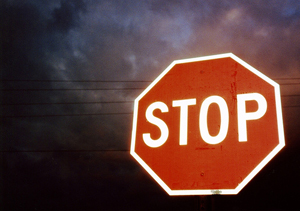 I have a nephew who used to get so excited when watching a movie he would blurt out what would happen next. "Ah! I love this part! This is where we learn that the killer is actually…" You could count on a chorus of panicked voices calling out his name before he finished his sentence, or groans when they weren't fast enough. It used to be a big issue, but then he grew up. Now he's likely to be one of the voices in the chorus trying to prevent a younger family member from spoiling the show.

One aspect of maturity is the ability to rein in our impulses. As my nephew grew, he learned to keep the spoilers to himself. This aspect of maturity leads skeptics to scoff at ADHD as a diagnosis. They suggest that anybody who can't control their impulses is obviously an immature person in want of good character and in need of discipline. Or something like that. The problem is that statement is too broad and condemning. Not all minds work and develop alike. Some people don't grow up in this way as quickly as others. In fact, some never grow up in this way. Their minds aren't wired the same.

Discipline is indeed a vital component for controlling impulses, but even when adults with ADHD eventually gain this control over themselves, there is that very long period spanning years where they are learning how to do it. Telling them to "grow up already", "get their act together", and "snap out of it" isn't helpful. It can actually delay the process due to resultant low self-esteem. The personal with ADHD can learn over time to interject control by means of routine.

HealthyPlace.com reader, Mara, wrote: "i alway[s] go to the punch line, befor [sic] some one get[s] through the story..i also do not get why i say random things that have nothing to do with what is going o[n!!!]."

The advice I will give Mara is the same advice I will give myself. In my case, I sometimes mistweet. I've been using Twitter for two and a half years. I tend to police myself well, but there have been a few gaffes. If I want to avoid flare ups like I experienced earlier this week, I need to develop a routine that will help me catch myself before I embarrass myself. It doesn't mean I can't have opinions—even strong ones—but it does mean I should write my tweet, then pause and think a bit before posting. I need to give myself time to contemplate the consequences. It's a process I use to great success in email.

Abraham Lincoln had the same idea years ago when he would write "hot letters" when angry, then set the letter aside. Once cooled down, he often never sent it. Since those of us with ADHD can't always rely on our own minds to put the brakes on hazardous impulses, we need to create external routines to help us give our impulses a second thought without sacrificing our zany creativity.

What methods do you use to stop yourself before seriously stepping in it?

Adult ADHD Tastes Like Feet
ADHD and Low Self-Esteem: Being Criticized and Believing It
Karen jackson
April, 17 2010 at 1:43 am

Wow! Reading some of the information makes me overwhelmed and tearful. I keep searchining for articles to explain why, I can not finish projects although I am a very responsible and intelligent person. I have been told the decription of Adult ADD or ADHD is different and you only hear about the extreme adult cases. Although my issue can't all be just one problem, I swear There are too many minor cases of
adult ADD that are not diagnosed and too many people are strugging daily with their lives. I read some good ideas and I am not going to give up the fight. I will just keep reading. I love health place. KJ