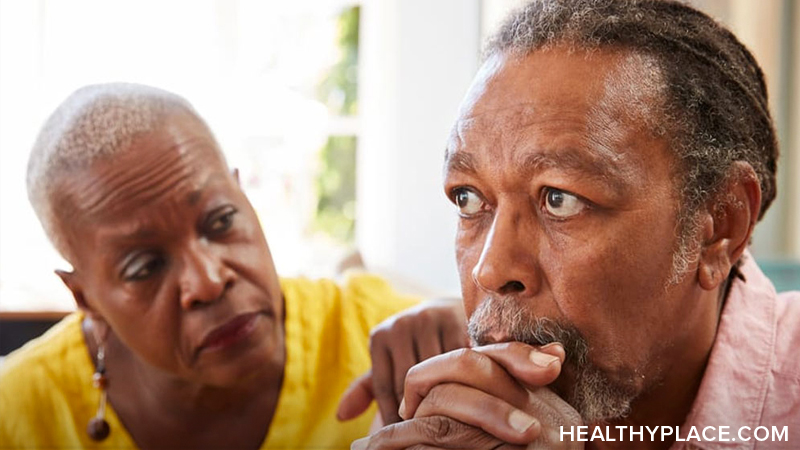 According to experts, clinically significant depression occurs in about 20 to 40 percent of people with Alzheimer's disease. Treatment of depression in Alzheimer's disease can improve sense of well-being, quality of life, and individual function, even in the presence of ongoing decline in memory and thinking. There are many potentially effective non-drug and drug therapies available and the benefits of treatment justify the cost.

Features of depression in Alzheimer's disease

Identifying depression in Alzheimer's disease can be difficult. There is no single test or questionnaire to detect the condition and diagnosis requires careful evaluation of a variety of possible symptoms. Dementia itself can lead to certain symptoms commonly associated with depression, including apathy, loss of interest in activities and hobbies, and social withdrawal and isolation. The cognitive impairment experienced by people with Alzheimer's often makes it difficult for them to articulate their sadness, hopelessness, guilt and other feelings associated with depression.

Although depression in Alzheimer's is often similar in its severity and duration to the disorder in people without dementia, in some cases it may be less severe, not last as long, or not recur as often. Depressive symptoms in Alzheimer's may come and go, in contrast to memory and thinking problems that worsen steadily over time. People with Alzheimer's and depression may be less likely to talk openly about wanting to kill themselves, and they are less likely to attempt suicide than depressed individuals without dementia. Men and women with Alzheimer's experience depression with about equal frequency.

Diagnosis and proposed diagnostic criteria for "depression of Alzheimer's disease"

The first step in diagnosis is a thorough professional evaluation. Side effects of medications or an unrecognized medical condition can sometimes produce symptoms of depression. Key elements of the evaluation will include a review of the person's medical history, a physical and mental examination, and interviews with family members who know the person well. Because of the complexities involved in diagnosing depression in someone with Alzheimer's, it may be helpful to consult a geriatric psychiatrist who specializes in recognizing and treating depression in older adults.

A group of investigators with extensive experience in studying and treating both late life depression and dementia, working under the sponsorship of the U.S. National Institute of Mental Health, has proposed diagnostic criteria for a specific disorder called "depression of Alzheimer's disease." These criteria are designed to provide a consistent basis for research as well as to aid in identifying people with Alzheimer's who are also depressed. Although the criteria are similar to general diagnostic standards for major depression, they reduce emphasis on verbal expression and include irritability and social isolation. To meet these criteria, someone must have, in addition to an Alzheimer diagnosis, a change in functioning characterized by three or more of the following symptoms during the same two-week period. The symptoms must include at least one of the first two on the list — depressed mood or decreased pleasure in usual activities.

The most common treatment for depression in Alzheimer's involves a combination of medicine, support and gradual reconnection of the person to activities and people he or she finds pleasurable. Simply telling the person with Alzheimer's to "cheer up," "snap out of it," or "try harder" is seldom helpful. Depressed people with or without Alzheimer's are rarely able to make themselves better by sheer will or without lots of support, reassurance and professional help. The following sections suggest non-drug strategies and medications that often prove helpful in treating depression in Alzheimer's.

Physicians often prescribe antidepressants for treatment of depressive symptoms in Alzheimer's. The most commonly used medications are in a class of drugs called selective serotonin reuptake inhibitors (SSRIs). These include;

Physicians may also prescribe antidepressants that inhibit the reuptake of brain chemicals other than serotonin, including;

Antidepressants in a class called the tricyclics, which includes Nortriptyline (Pamelor®) and desipramine (Norpramine®), are no longer used as first-choice treatments but are sometimes used when individuals do not benefit from other medications. 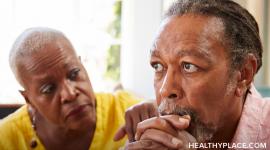 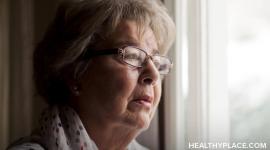 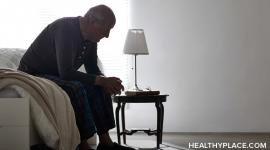 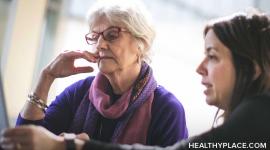