Find out about Namenda, a medication for treating moderate to severe Alzheimer's disease.

Namenda (memantine) is a medication for the treatment of moderate to severe Alzheimer's disease. It was approved by the FDA in October 2003.

What kind of drug is Namenda?

Namenda is classified as an uncompetitive low-to-moderate affinity N-methyl-D-aspartate (NMDA) receptor antagonist, the first Alzheimer drug of this type approved in the United States. It appears to work by regulating the activity of glutamate, one of the brain's specialized messenger chemicals involved in information processing, storage, and retrieval. Glutamate plays an essential role in learning and memory by triggering NMDA receptors to allow a controlled amount of calcium to flow into a nerve cell, creating the chemical environment required for information storage.

What is the evidence that Namenda may help Alzheimer symptoms?

In considering Forest Laboratories' application for approval of memantine, members of the FDA's Peripheral and Central Nervous System Drug Advisory Committee voted unanimously that the following two clinical trials support the safety and effectiveness of memantine in treating moderate to severe Alzheimer's disease:

(1)A 28-week U.S. study enrolling 252 individuals with moderate to severe Alzheimer's disease and initial scores ranging from 3 - 14 on the Mini-Mental State Examination (MMSE). In this double-blind study, participants were randomly assigned to receive either 10 mg of memantine twice a day or a placebo. Those receiving memantine showed a small but statistically significant benefit in their ability to perform daily activities and on the Severe Impairment Battery, a test designed to assess memory, thinking and judgment in seriously incapacitated individuals. On the Clinician Interview-Based Impression of Change Plus Caregiver Input, a measure of overall function, memantine recipients also showed a benefit that was significant in one analysis but not in another.

When study participants with MMSE scores of less than 10 were considered as a separate group, memantine recipients showed no benefit compared with those who received placebo on either daily activities or overall function.

Results of a six-month extension of this trial were published in the January 2006 Archives of Neurology. All participants who chose to continue received memantine, but neither researchers nor patients knew who had originally been on memantine until the extension ended.

Results showed that participants who switched from placebo to memantine declined more slowly than on placebo in assessments of memory, daily activities and overall function. Those who stayed on memantine for the whole year maintained their slower rate of decline seen in the original trial.

(2) A 24-week U.S. study enrolling 404 individuals with moderate to severe Alzheimer's disease and initial MMSE scores from 5 - 14 who had been taking donepezil (Aricept) for at least six months, with a stable dose for at least three months. In this double-blind study, participants were randomly assigned to receive either 10 mg of memantine twice a day or a placebo in addition to their donepezil. Those receiving memantine showed a statistically significant benefit in performing daily activities and on the Severe Impairment Battery, while participants taking donepezil plus placebo continued to decline.

In July 2005, the FDA declined to approve memantine to treat mild Alzheimer's disease. Forest has conducted three studies of memantine as a treatment for mild to moderate Alzheimer's. In one study, participants taking memantine fared better than those receiving a placebo on tests of memory and thinking skills as well as on assessments by their physicians and caregivers. In two other studies memantine failed to show any statistically significant benefit compared with the placebo. In one of the studies that failed to show benefit, participants were already on a stable dose of a cholinesterase inhibitor at the time they began taking memantine. The study included all three commonly prescribed cholinesterase inhibitors—donepezil (Aricept), galantamine (Razadyne) (Razadyne, formerly Reminyl), and rivastigmine (Exelon).

How is Namenda supplied and prescribed?

Namenda is supplied as an oral medication in 10 mg tablets. Forest provides prescribing information at www.namenda.com or by calling 1.877.2-NAMENDA (1.877.262.6363). Namenda side-effects include headache, constipation, confusion, and dizziness.

back to: Psychiatric Medications Pharmacology Homepag 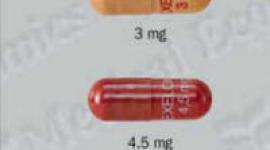 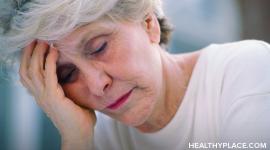