One of the main difficulties in diagnosing teenagers who may have Attention Deficit Hyperactivity Disorder is that all teenagers are begging to show some ADHD-like behaviors when their hormones kick into overdrive. To that extent, ADHD teens become typical adolescents, only more so. Attila was no exception. Attila survived childhood despite his potential for disaster. We now recount some of his exploits in adolescence.

The adolescent search for identity did not strike Attila lightly. Take, for example, his room. Within the limits of available space and furniture, he tried every possible arrangement of furniture except leaning the bed on top of the radiator (actually he did try that, but he kept sliding to the bottom of the bed, so he put it back on the floor).

Attila's room was a prime example of the Law of Entropy - any system will degenerate into chaos over time. Even if there were a blender large enough, Attila could not have created more of a mixture of clothes, books, sporting equipment, camping gear and assorted collectibles. The floor had not been seen in years, but was believed to have been carpeted. Attila's search for identity started and ended with the search for anything in his room.

Living in a small house with three sisters, Attila could only be creative if he found a place so unpleasant that his sisters would leave him alone - the furnace room was perfect. His creativity there found it's expression in the form of experimentation. Doctor Frankenstein would have been proud of him!

Chemistry and electrical experiments had a certain fascination for Attila. In the era before computer chips, tube radios provided Attila with untold ideas for new (and probably lethal) electrical devices. He was headless of the potential to curl his teeth on household voltage. He rewired parts from toasters, TV's, train transformers, and anything else he could scrounge from the neighborhood.

Attila's corner of the furnace room looked as if a tornado had hit an electrical supply house. Unfortunately (of fortunately depending on your point of view), Attila's explorations of electrical science were cut short when the main circuit breaker in the house blew for the third time. It was then that his otherwise supportive father told him he would be grounded until he was 26 if it happened again.

Chemistry was the next phase, and Attila tried every combination of every substance he could put his hands on. Some were not as disastrous as others. Some simply fizzed or changed colors. Some ate holes in the table. Long before toxic waste and environmental hazards were issues he discovered that simply pouring his concoctions down the laundry room sink was not a good idea. When the drain backed up and filled the tub with something that looked and smelled like 'The slime that swallowed Syracuse,' mother was not pleased.

"Attila the teen" was an accident about to happen, and it often did. On one occasion Attila won the praises of his school mates for being responsible for early dismissal from school due to a small accident that occurred in the chemistry class. Here's what happened. 'Chrome Dome,' the balding chemistry teacher, had set a two quart glass container of Hydrogen Sulfide on the wide shelf by the window so that students could get the small portions they needed for the day's experiment.

Attila came to the container and impulsively decided to open the window for some fresh air. Yes, Attila knocked over the container on himself and it broke on the floor. For those of you who may not remember, Hydrogen Sulfide smells like rotten eggs. There may be more unpleasant odors, but rotten egg was quite sufficient in this case. The odor soon filled the room and made it's way to the hallway. From there it proceeded to travel through the air ducts to fill the entire school.

As for Attila, no amount of water from the locker room showers could get the odor off Attila his clothes. Thankfully his gym sweat suit and sneakers were less smelly than the Hydrogen Sulfide soaked shirt, pants and shoes. The chemistry phase came to an end when Attila was unable to explain to his parents what he had mixed together that stained his hands a bright blue-green. Six weeks of scrubbing and the heckling of school mates about wearing gloves to class convinced Attila that chemistry was not his calling.

The end of a promising chemistry career came with the discovery of girls. Attila's hormones raged and zits emerged at a time long before the appearance of full-frontal nudity on TV. It was a time when biology class curricular stopped short of exploring the human body and teenagers may actually have known less about sex than their parents.

Attila began to change from boy to man. His body grew by leaps and bounds. His brain had no idea where the ends of his arms and legs were. He became the perpetual klutz. We are not talking about just having difficulty walking and chewing gum at the same time. Before his body went on strike, Attila could pour milk into his mouth from an arm's length away. Now he couldn't drink from the foldout top of the carton without wearing half of the contents. As if that were not enough, fate (which had cursed him with terminally cute freckles earlier in life) now decreed that the skin upon his face would look like a red raspberry. So armed, Attila entered the social arena of dating.

Finally, no discussion of Attila's teenage years would be complete without a word about rules and rebellion. The struggle for the independence of the American colonies a church was a picnic when compared to Attila's rebellion.

With the anxiety that only parents of an ADHD boy can muster, Attila's mum and dad drew the battle lines of curfew, household chores, dating, and last but not least, THE CAR. Later in life, Attila came to realize the truth about how he had lived to become an adult. It was all because of Aunt Grace.

When the angry arguments about rules and limits became hot at home, Attila hopped on his bike and burned excess energy off on the three mile ride to Aunt Grace's home. Unknown to him at the time, Attila's mum would call Aunt Grace and warn her of the coming invasion and of the latest issue Attila would carry to her door. When he arrived in her kitchen, she would give him the customary hug and kiss and offer whatever choice morsels of home cooking that were at hand. It was like putting a red hot horseshoe in cold water. As they chatted, Attila would 'chill out'. As she offered advice, he would listen. The words that fueled the flames, when spoken by mum and dad could be heard when spoken by Aunt Grace.

The author wishes to thank his parents, aunts and uncles (especially Aunt Grace) for remembering all of those stories about him as a teen. Those of you who have a good Attila story about yourself or your ADHD child, please send to the author - he likes to know that he wasn't the only one who grew up like that.

Copyright George W. Dorry, Ph. D. - Dr. Dorry is a psychologist in private practice who specializes in the assessment and treatment of childhood and adult ADD. He is the founder and director of The Attention and Behavior center in Denver, Colorado. He is a member of the ADDAG Board of Directors and served as their first Chairman of the Board from the organization's inception in March 1988 until January of 1995.

next: Surviving an ADHD Sibling
~ back to Wild Child homepage
~ adhd library articles
~ all add/adhd articles

APA Reference
Staff, H. (2007, June 6). The Lighter Side: 'Attila the Teen' Memories from a Middle-Aged AD/HD Author, HealthyPlace. Retrieved on 2021, June 24 from https://www.healthyplace.com/adhd/articles/lighter-side-attila-the-teen-memories-from-a-middle-aged-ad-hd-author 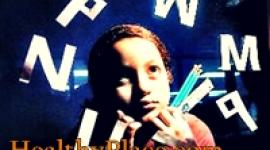 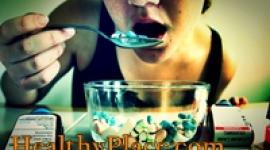 The Business of ADHD 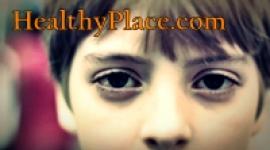 Diagnosing a Child with ADHD