Information for parents planning to coach their ADHD child. Are you a helicopter parent or one who will help your child achieve autonomy?

To Coach or Not to Coach: The Fine Line Between Helping and Hindering

Parents planning to coach their ADHD children to social and emotional success need more than tools, such as Parent Coaching Cards, to get the job done. Along with the virtues of patience, determination and insight, is the need for an often overlooked, but key coaching ingredient: support for autonomy. In this context, I define autonomy as the child's capacity to independently achieve healthy and desirable goals in life. Among these goals include completion of homework, satisfactory resolution of a peer problem, or choosing a sensible course of action from a variety of options. The ability to attain these goals without parental involvement allows children with ADHD to take complete ownership of the pride that flows from them. This pride translates into fuel for the developing sense of autonomy, a critical building block to self-esteem.

The dilemma for many parents begins with the fact that children's path towards autonomy doesn't take place without our help. As we strive to guide our children towards independence we must provide some of the necessary "scaffolding" within which they can grow. Some of these external supports include rules, expectations, consequences for misbehavior, and so on. Coaching is also included within this framework since it helps children develop self-management skills. Each parent shares a similar goal: for their child to develop the skills to be self-sufficient in a challenging and unpredictable world. Yet, the goal is much clearer that the individual steps we must take in assisting children in reaching this destination. As we provide "parent coaching" we must be mindful of the need to step back and allow our children the chance to venture forth on their own.

The delicate balance between coaching skills and supporting autonomy was recently epitomized by the mother of Kenny, a seventeen-year-old boy with AD/HD (Attention Deficit Hyperactivity Disorder), "There's a real fine line between coaching and not coaching. My husband and I are not sure which side to be on. Sometimes we get it right and Kenny accepts our help, but a lot of times he rejects it. This confuses us because we're not aware of doing anything different each time; it's more like he's the one who feels differently about receiving our help. And when we blow it, and try to force our help upon him, it's liable to backfire." This astute mother's comments highlight several issues that parents are wise to consider when approaching their child with coaching help: children's mood, parents' presentation, and the potential for coaching backfires.

Is Your Child in the Right Mood to Accept Help?

Mood acts as a filtering mechanism, coloring a child's internal experience of external events. Therefore, it plays a pivotal role in how children interpret help. If a child's mood is on a downturn due to a recent disappointment, or even on an upswing after a success, a parent's help may be perceived more like a hindrance than a help. For the parent, the child's rejection of help is confusing and frustrating, emotions that don't peacefully combine with the child's fragile mood. In the exchange of verbal crossfire, parents may get easily sucked into the role of attempting to enforce "help" upon the unwilling child. This coaching backfire results in distance and distrust between parent and child, leaving both feeling wary of offering or asking for help.

To minimize these backfires, I recommend that parents "take their kid's emotional temperature" before being generous with help. This means asking open-ended questions or making non-threatening observations to find out how receptive the child may be towards help. Comments such as "Maybe we could talk about that since I think we could both learn a thing or two," doesn't present the parent as the one with all the answers. Instead, it places parent and child in the same role of learning from events.

Of course, some kids don't offer a lot about what's happening in their lives, but they may demonstrate how they're feeling about those events. Angry expressions, attempts to discredit parents' help, and/or rampant justifications for why they don't need help, suggest that the coaching bridge between parent and child may be closed for the time being. Parents are wise to back off in the face of these barriers to help, but they should stress that help remains available should the child be ready at some other point.

The importance of how parents present their offers of coaching cannot be overestimated. It's much easier to send a child reeling away from our offers than it is to establish a safe dialogue within which to receive it. Comments such as, "I want to give you some help with that," or even "Let's talk about that," can quickly send a child into a defensive mode. Some children are so sensitive to having their autonomy threatened that they experience a parent's coaching as the imposition of control.

When the child sounds off with protests such as "You're pressuring me!" or "Stop pushing so hard!" this signals the need for some preliminary groundwork. The groundwork can be likened to preparing soil for cultivation; don't expect a child's self-management skills to grow and flourish without the proper environment. The proper environment for coaching considers the whole child, not just their areas of need. A forthcoming article addresses the many concerns inherent in the "whole child" concept. For the purposes of this column I will continue to confine my comments to autonomy.

Cultivating acceptance of coaching in a child whose feelings of autonomy are easily threatened is a daunting task. One of the first steps is to establish a dialogue wherein the two of you can safely discuss what coaching is supposed to be and what it isn't supposed to be. It may even be helpful to write down two headings, such as "good coaching" and "bad coaching" and then start placing examples under each heading.

A little self-effacing humor on the part of the parent can go a long way towards helping to cultivate a more receptive mood in your child. Humor can also effectively set the stage for parent and child to reflect upon some of the coaching backfires in the past, and unearth what went wrong and why. For instance, in the "bad coaching" example, it provides the parent with the opportunity to suggest that in her zeal to help, she actually made the child feel controlled by her approach.

Another important step in "coaching cultivation" is to talk about every child's need for autonomy. Many children experience relief to hear parents say something like the following: "Being a kid who needs help every once in a while but also wants to be able to do without it, is not an easy position to be in. And sometimes when you need help the most, you want it the least! That's because a lot of kids reject help when they're feeling touchy about not knowing something as well as they think they should." These words convey a parent's empathic understanding of the Catch-22 that kids find themselves in.

Once a child acknowledges that this is true of them, parents might follow with a comment such as this one: "Maybe you could tell me a way that I could let you know that I've got some help to offer without you feeling like I'm trying to take control away from you?"

Such a comment diminishes the child's feelings of being controlled by placing them in the advice-giving role. Apart from the various factors that parents can weigh in considering their "coach approach," there is the option of not offering help. Sometimes this choice is made by default because circumstances require it, while other times it can be voluntarily determined by parent and child.

If a particular situation arises that lends itself to a child "going solo," parents can highlight that perhaps this time the child might want to handle things on their own from start to finish. For instance, in the case of a child who has always relied on the parent to format a study plan for upcoming tests, the parent might suggest that this time they do it alone and give themselves the directions that they have relied upon the parent to give them in the past. In fact, the expression, "Give Yourself The Directions," may be the only coaching advice the parent offers in those situations that lend themselves to such tests of autonomous functioning.

Much more can be said about supporting our children's needs for autonomy. As Kenny's mother put it, parents must walk that "real fine line" that tends to keep moving as the child's mood and surrounding circumstances shift it's position. Parents are advised to pay particular attention to the balance between coaching and supporting autonomy by not emphasizing one side to the exclusion of the other. Many factors will help you stay abreast of where the line is, especially an open communication channel between you and your child.

About the author: Dr. Steven Richfield is a child psychologist and father of two. He is also the creator of Parent Coaching Cards. His articles focus on helping your child with school-related skills. 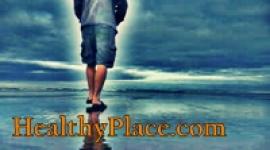