Paediatrician and ADHD expert, Dr. Billy Levin, argues there shouldn't be any confusion about ADHD and it's the misinformation that's hurting widespread, successful treatment of ADHD.

There is an urgent need to overcome conflicting views surrounding the diagnosis and treatment of attention-deficit hyperactivity disorder (ADHD). This can only be achieved if doctors, parents and teachers take heed of information from reliable and authoritative sources, instead of succumbing to the false and often sensational messages that arise out of ignorance and a failure to consider all the facts.There is a world of accurate and scientific information, written by experts in the field of ADHD. There is equally as much, if not more, misinformation made public which, it would appear, is read more readily than the facts - with distressing and sometimes tragic results.

The Debate Over Ritalin

Perhaps the biggest area of debate around ADHD is medication, particularly with regard to Ritalin. It has been suggested that more has been written about Ritalin and ADHD than any other medical condition. I would go further to say there is probably more misinformation written than genuine information, something not apparent in other fields of medicine. A possible explanation is that certain organisations are underdernmining the evidence supporting Ritalin by confusing the public and medical professionals and distorting the facts.

In spite of Nobel Prize winner, Roger Sperry's elucidation of the neurology of ADHD, parents bow to pressure arising from unsound and misleading information and so stop medicating their children. Teachers respond to the same information by persuading parents to stop Ritalin treatment or simply refuse to accept that the condition exists, labelling the child as lazy, naughty or stupid, without appreciating that correct timing, correct dosage and regular re-evaluation lead to effective treatment and a stepping stone to remediation. "you can't teach a child before you reach the child!" You cannot reach them with out Ritalin.

Instead, children are often given programs that are not beneficial or, even worse, detrimental. These programs, which have been condemned by the experts, are being peddled to unsuspecting parents, only to aggravate these children's suffering. It is negative influences like these that hamper progress.

Highly emotive arguments surrounding the use of Ritalin and the diagnosis of ADHD have been going on for at least 30 years, without consensus. Yet throughout, expert opinion has been constant, that Ritalin is safe and effective - provided it is used correctly and for the right type of patient.

Ritalin Is Not the Miracle Cureall

However, and this is where many people make a mistake, Ritalin should not be seen as the be-all and end-all, because treatment of ADHD requires an holistic approach that demands commitment from parents, teachers and patients. Whether it is a behavioural problem, a learning problem, or both, ADHD children need motivation, especially from their parents, as well as educational help from their teachers. Children have a vital role to play in overcoming their own problems -dedication. While their condition is being treated, they might still have to cope with the negativity and ignorance that abounds.

In addition, the experts have laid down clear guidelines, methods and systems that have been found to be effective time and again. It is not so much a question of whether too much Ritalin is being used as has been suggested in the lay press, but whether it being used correctly and for those who really need it. One should not confuse misuse, abuse or addiction. There appears to be substantial misuse (because of misdiagnosis, incorrect dosage or incorrect management), some abuse, no addiction - but gross confusion.

Treatment of ADHD demands a knowledge of developmental norms in children, clinical criteria for diagnosis, systems for evaluation monitored titrated dosages a knowledge of pharmacology and counciling. Parent and teacher education plays an important role in the treatment of children with ADHD who are placed on Ritalin or alternate medication. Initially it should be on a trial basis, not to establish if it is safe (it is safe), but to establish whether the child benefits.

However, as long as deception and misinformation continue, the chances of achieving widespread success in treating ADHD will be diminished.

About the author: Dr. Billy Levin (MB.ChB) has spent the last 28 years treating patients with ADHD. He has researched, developed and modified a diagnostic rating scale of which he has evaluated over tens of thousands of case studies. He has been a speaker at several national and international symposiums on ADHD and has had articles published in various teaching, medical and educational journals and on the Internet. He has written a chapter in a textbook (Pharmacotherapy edited by Prof. .C.P. Venter) and received nominations by his local branch of SAMA for a National award (Excelsior award) on two occasions."

next: Corporal Punishment From A Religious Viewpoint
~ back to adders.org homepage
~ adhd library articles
~ all add/adhd articles 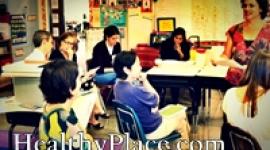 Dysgraphia: A Common Twin of ADHD