Thank you for providing information on your web site that is thoughtful, provocative and informative.

Mine is a question that deals with personal freedom and MJ use and relationships. I married an inmate who when he came home after being released began to smoke MJ regularly. I was a bit shocked by his smoking since he never mentioned to me during the time we corresponded and visited regularly that he enjoyed MJ and that he planned to resume smoking it upon his release. (He was not placed under probation or parole because the PO wanted to "give him a break.")

However, his smoking MJ has caused me a lot of personal difficulty since I feel he smokes in an irresponsible manner (before going to work as a self-employed handyman, during our hiking in a public park, in his car while driving alone). I smoke neither tobacco nor MJ. I consider myself a light drinker. I don't like my husband's smoking MJ because I think that it creates a division between us and, more important, I think that it stunts his growth as an individual living a meaningful and responsible life.

I will be frank with you about my resentment over learning that he enjoyed smoking MJ after he came home from prison. He says, in his defense, that smoking MJ in California is not a felony (so he won't be facing 3 strike sentencing), that he works to contribute to the household expenses, and that he comes home at night, it relaxes him, and that for these reasons, I should not be concerned or upset.

I am, and that worries me. I would be grateful if you would provide me with some insight on the difficulty I experience over my husband's smoking MJ. I have thought of bartering with him. He would like me to get up earlier in the mornings because he's a morning person and I'm not by nature. However, I would gladly get up earlier if he would curtail his smoking or quit altogether. Please advise. I considered leaving the marriage over this. Thank you. 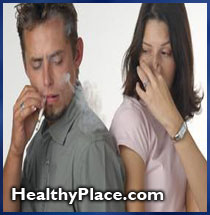 You married an inmate? I guess you're finding out that even when they are not committing felonies, some people continue to act in consistently antisocial ways. This is important for understanding substance abuse and addiction. That he would not even mention he was a pot head to you — "didn't think it was relevant" — seems to show that he has a different value system than you do — but perhaps his prison time might also have told you that. I mean, littering is not a felony, but could you marry a litterer?

He does have a point — if mj relaxes him at home at night, perhaps it isn't society's business — but it is yours (it isn't illegal to drink alcohol, but you wouldn't want to marry someone who got drunk every night). Yes, I think bartering is worth attempting. What are you going to ask for exactly? No public mj smoking? Not smoking every night? Not smoking at all? I'm interested to know how he reacts.

APA Reference
Staff, H. (2008, December 20). I Was Surprised That My Inmate Husband Is a Pot Smoker!, HealthyPlace. Retrieved on 2021, October 20 from https://www.healthyplace.com/addictions/articles/i-was-surprised-that-my-inmate-husband-is-a-pot-smoker 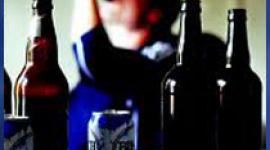 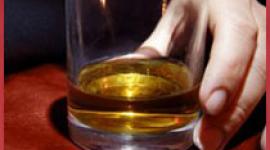 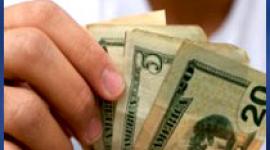 The Relationship Between Depression and Internet Addiction

Intervention for Pathological and Deviant Behavior Within an On-Line Community