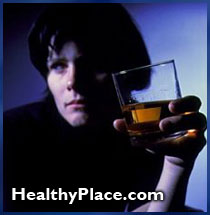 Bipolar disorder and alcoholism commonly co-occur. Multiple explanations for the relationship between these conditions have been proposed, but this relationship remains poorly understood. Some evidence suggests a genetic link. This comorbidity also has implications for diagnosis and treatment. Alcohol use may worsen the clinical course of bipolar disorder, making it harder to treat. There has been little research on the appropriate treatment for comorbid patients. Some studies have evaluated the effects of valproate, lithium, and naltrexone, as well as psychosocial interventions, in treating alcoholic bipolar patients, but further research is needed.

Bipolar disorder and alcoholism co-occur at higher than expected rates. That is, they co-occur more often than would be expected by chance and they co-occur more often than do alcoholism and unipolar depression. This article will explore the relationship between these disorders, focusing on the prevalence of this comorbidity, potential theoretical explanations for the high rates of comorbidity, effects of comorbid alcoholism on the course and features of bipolar disorder, diagnostic issues, and treatment of comorbid patients.

Bipolar disorder, often called manic depression, is a mood disorder that is characterized by extreme fluctuations in mood from euphoria to severe depression, (symptoms of bipolar disorder) interspersed with periods of normal mood (i.e., euthymia). Bipolar disorder represents a significant public health problem, which often goes undiagnosed and untreated for lengthy periods. In a survey of 500 bipolar patients, 48 percent consulted 5 or more health care professionals before finally receiving a diagnosis of bipolar disorder, and 35 percent spent an average of 10 years between the onset of illness and diagnosis and treatment (Lish et al. 1994). Bipolar disorder affects approximately 1 to 2 percent of the population and often starts in early adulthood.

There are a number of disorders in the bipolar spectrum, including Bipolar I disorder, bipolar II disorder, and cyclothymia. Bipolar I disorder is the most severe; it is characterized by manic episodes that last for at least a week and depressive episodes that last for at least 2 weeks. Patients who are fully manic often require hospitalization to decrease the risk of harming themselves or others. People can also have symptoms of both depression and mania at the same time. This mixed mania, as it is called, appears to be accompanied by a greater risk of suicide and is more difficult to treat. Patients with 4 or more mood episodes within the same 12 months are considered to have rapid cycling bipolar disorder, which is a predictor of poor response to some medications.

Bipolar II disorder is characterized by episodes of hypomania, a less severe form of mania, which lasts for at least 4 days in a row and is not severe enough to require hospitalization. Hypomania is interspersed with depressive episodes that last at least 14 days. People with bipolar II disorder often enjoy being hypomanic (due to elevated mood and inflated self-esteem) and are more likely to seek treatment during a depressive episode than a manic episode. Cyclothymia is a disorder in the bipolar spectrum that is characterized by frequent low-level mood fluctuations that range from hypomania to low-level depression, with symptoms existing for at least 2 years (American Psychiatric Association [APA] 1994).

Alcohol dependence, also known as alcoholism, is characterized by a craving for alcohol, possible physical dependence on alcohol, an inability to control one's drinking on any given occasion, and an increasing tolerance to alcohol's effects (APA 1994). Approximately 14 percent of people experience alcohol dependence at some time during their lives (Kessler et al. 1997). It often starts in early adulthood. Criteria for a diagnosis of alcohol abuse, on the other hand, do not include the craving and lack of control over drinking that are characteristic of alcoholism. Rather, alcohol abuse is defined as a pattern of drinking that results in the failure to fulfill responsibilities at work, school, or home; drinking in dangerous situations; and having recurring alcohol-related legal problems and relationship problems that are caused or worsened by drinking (APA 1994). The lifetime prevalence of alcohol abuse is approximately 10 percent (Kessler et al. 1997). Alcohol abuse often occurs in early adulthood and is usually a precursor to alcohol dependence (APA 1994). 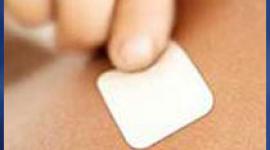 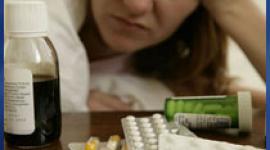 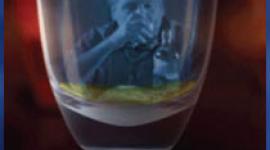 Warning Signs of Violence in Children