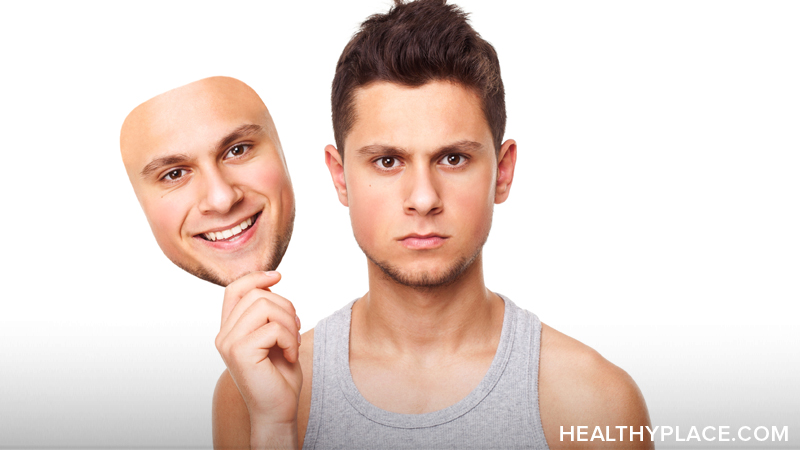 Here's what to do if you think you are mentally ill plus help with choosing a psychotherapist.

If you feel you may be suffering from a mental illness, I urge you in the strongest terms to seek the advice of an experienced mental health professional - a psychologist or psychiatrist.

(Psychiatrists are medical doctors who specialize in mental illness. They have M.D. degrees and are licensed to prescribe medicine. Psychologists hold graduate degrees and practice "talk therapy".)

This is important for more reasons than to simply relieve your suffering.

As I said before if left untreated mental illness can cause permanent damage. Besides the kindling that occurs with untreated manic depression, there is the damage that bad decisions or the inability to maintain relationships can do to your life. If you get severely depressed, there is the danger of suicide. It is much easier to deal with a mental illness before you become desperately ill. Look at it this way: an office visit is much cheaper than a hospital stay.

Accurate diagnosis is important. It is difficult to diagnose many mental disorders, and if you're misdiagnosed you may not receive the treatment you need. It is common to mistake manic depression for schizophrenia and vice versa. Other illnesses that can be confused with manic depression include Attention Deficit Disorder and Borderline Personality Disorder.

There is the danger that antidepressants may cause one to become manic. An occurrence of even one manic episode in your lifetime is enough for a diagnosis of manic depression. I feel the history of every patient who receives antidepressants for the first time should be investigated to determine the danger that their medicine may cause mania. Although general practitioners - regular medical doctors - may legally prescribe antidepressants, I am strongly of the opinion that it is unethical for them to do so except in emergencies, as they do not have the training or experience to determine whether one might be manic-depressive.

Fooling Yourself With Self-Diagnosis

Do not engage in the self-deception of self-diagnosis. It is common for people to hear about illnesses of all sorts on Oprah or Donahue (or the Internet!) and to then fool themselves into thinking they share the diagnosis with the talk show guest. If you research an illness carefully enough before you consult a doctor, you can even fool him into agreeing with your diagnosis.

Failure to diagnose correctly can be life-threatening. A number of serious medical conditions cause disturbances in thought and affect, for example, stroke, brain injury as well as cancer of the brain, thyroid or adrenal gland. When the grandmother of Mindfulness author Ellen J. Langer complained to her doctor that a snake living in her head was giving her headaches, he diagnosed her as senile and refused to investigate further. It was only after her death that an autopsy found the brain tumor that killed her.

A mental disturbance can be caused by heavy metal poisoning - the Mad Hatter in Alice in Wonderland was inspired by real hat makers who were sickened by the mercury used in the manufacture of felt hats.

Drugs of abuse can cause mental disturbances that last long after the drug itself has worn off. Besides the damage that addiction can do to your life and that of your loved ones, drugs, including alcohol, can cause such things as paranoia, anxiety and depression.

It is common for people with psychiatric illnesses to "self-medicate", but this ultimately causes more problems than it solves. Besides the alcoholic drowning their sorrows with drink, I have heard that alcohol suppresses hallucinations for the schizophrenic. Many times I have been warned by my doctors of the tempting danger that drugs hold especially for the manic-depressive.

Neuroses can be caused by unresolved traumas early in life. For example childhood sexual abuse and violence, or living through times of famine and war. Having an addicted family member usually causes the entire family to behave in dysfunctional ways that leave lasting scars on everyone.

Perhaps you carry a terrible secret, a secret that you've never told anyone. Carrying the memory of childhood trauma continues to cause damage in adulthood far out of proportion to the original injury. Perhaps it is time to find someone you can trust to share your secret with. The injury you suffered can never be undone, but it is within your power to change how you live with it today.

Mental illnesses can be mistaken as physiological ones: I have heard of a woman who was diagnosed and treated as epileptic when she was a young girl, then suffered for years because the medicine did not relieve her symptoms. It was only when she turned 16 and wanted to get a driver's license that further investigation found she really suffered from anxiety.

My diagnosis at Alhambra CPC included CAT scans of my head, blood and urine tests, an electroencephalogram and neurological tests to rule out such things as tumours and poisoning. A psychiatrist will usually do a thyroid panel before treating someone for manic depression. (There was another patient at Alhambra who arrived in a catatonic stupour and slowly awakened during our time there. It turned out that he had a physiological condition that caused the buildup of ammonia in his blood.)

However, there is no blood test for psychiatric illness; at best blood tests can rule out other physiological conditions. Tests such as Positron Emission Tomography can detect such things as the excessive metabolization of sugar in the right brain hemispheres of manic people, but PET scans are very expensive and so only commonly performed for research purposes.

Diagnosis of a mental disorder is made from the patient's history, observation of the patient's current behaviour, talking with the patient, and psychological diagnostic tests.

I had the Rorschach Inkblot Test, the Thematic Apperception Test, in which I explained what I thought to be happening in some pictures, and the Minnesota Multiphasic Personality Inventory in which I answered a lengthy questionnaire about my thoughts and feelings.

I also took an IQ test. Being manic I was feeling quite intelligent, so I was appalled to find that my score was off about 20 points from the two IQ tests that school psychologists had given me as a child. The psychologist who tested me in the hospital reassured me that my brain was not degenerating, but that psychosis caused a temporary decrease in intelligence. She said my intelligence would recover when the episode passed. However, she warned me that my intelligence would fail to recover fully if I had repeated manic episodes.

If you don't have the money to pay for treatment you may still have options depending on where you live. Even in the United States, which does not have publicly funded health care for most illnesses, there are government-supported mental health clinics in many communities, as well as private non-profit clinics that charge their patients based on their ability to pay.

Many psychologists and psychiatrists offer sliding scales, where they charge lower-income patients less money. Not everyone offers this, so you have to call around.

Some psychiatric medications are expensive; treatment with clozapine for schizophrenia, for instance, costs thousands of dollars a year. The government might assist in the cost of your medicine and some drug companies offer "compassionate drug plans" in which qualifying patients receive their medicine free of charge directly from the drug company. In addition, the drug companies often give psychiatrists free advertising sample packs of drugs, which the psychiatrists then give to their patients who cannot afford to buy them.

next: Therapy for Treatment of Schizoaffective Disorder

APA Reference
Staff, H. (2007, March 6). What To Do If You Think You're Mentally Ill, HealthyPlace. Retrieved on 2021, October 20 from https://www.healthyplace.com/thought-disorders/living-with-schizoaffective-disorder/what-to-do-if-you-think-youre-mentally-ill 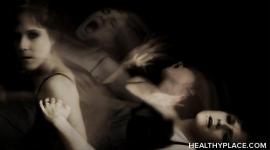 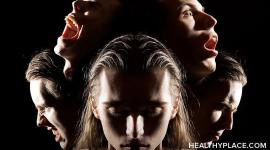 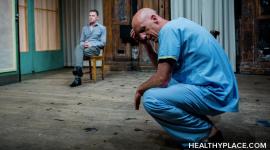 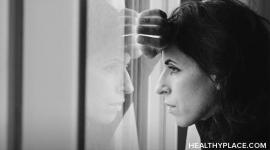