Admitted to God, to ourselves, and to another human being the exact nature of our wrongs.

For many reasons, Step Five came easily for me.

First of all, I was ready to admit that I had been wrong. The groundwork had been laid by the terrible life situation where I found myself. The exact nature of my wrongs was clearly evident. My whole life was a mess and I was willing to pursue any alternative that gave relief.

Secondly, the first four steps had prepared me mentally and emotionally to accept that insane thinking and acting had brought me to this low point. The fog was lifting and I needed the catharsis of letting out all the pain bottled up inside me. I needed to talk with someone, to connect with another human being, to voice my realizations and bounce them off of another living person.

Third, up to this point, I'd had very little to talk to God about. I was too busy playing god. Now, after being broken and hitting bottom, I had all kinds of questions, confessions, and admissions to address to my Higher Power. Now, I had all kinds of time to contemplate the exact nature of my wrongs. Now my ego was out of the way. Now I was no longer emotionally defended, but emotionally vulnerable. Now I was ready to pray, ready to listen, ready to connect with a Power greater than myself. The only way I knew to connect with God was through prayer.

Fourth, I was finally ready to admit my flaws and imperfections, which I had tried desperately to keep hidden by playing god. I'd played god too long. Being god and being perfect was hard work. I was tired, worn out, and near mental and physical exhaustion. I'd fooled no one but myself. I was ready to let God be God, and I wanted everyone to know I had permanently resigned from the job.

In initially working Step Five, I made the serious mistake of sharing with another person who did not know how to listen compassionately to a person in recovery. This person was familiar with the Twelve Steps, but had no clue regarding how to process the information I was sharing. Subsequently, much that should have been kept confidential was conveyed to the wrong ears. Many breaches of trust and much irreparable damage was done, making Step Nine impossible with some of the people I'd harmed. I worked Step Five too eagerly, and subsequently, have returned to this step and worked it correctly many times since.

Even so, Step Five initially provided the relief I needed to open up and start honestly admitting my mistakes, sharing my story, and relating my recovery experience.


Step Five unlocked the mystery of recovery for me because it helped me, without fear or shame, to honestly admit I needed to change. Through Step Five, I discovered I was indeed capable of changing. I knew what to change from Step Four. I gave God permission to start changing me.

next: The Twelve Steps of Co-Dependents Anonymous Step Six 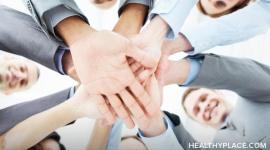 The Twelve Steps of Co-Dependents Anonymous

The 10 'Commitments' of Networking