Social interaction is enhanced rather than diminished by online interfaces, according to new research on the virtual program Second Life.

Eryn Grant, a Ph.D. student at Queensland University of Technology's School of Humanities, recently completed a study which took an in-depth look at social order in emergent online environments.

In doing so, she said she had immersed herself inside the 'game' Second Life, an online social interface that allows people to interact socially and economically in a 3D virtual space.

"I wanted to see how you go about being a functional member of Second Life, what the rules and norms were, and how they were put into place, and I did that by analyzing conversations," she said.

People on Second Life communicate through their avatars using textual chat-like features and can meet at dance clubs, join groups with common interests and have philosophical discussions about their virtual world.

"There are not many places we go in the world where we are guaranteed social contact, in real life, it is harder and less likely that you will go up to a stranger and start a conversation," said Ms. Grant.

She said a major finding was that Second Life could act as an important tool in connecting strangers by making it easier for people to find a world in common.

Ms. Grant said she did not share the worry of some that increased online interaction would detract from traditional social skills. "One major thing which I found was that you cannot have this intense kind of web-based interface without real-life tools - if you can't communicate to someone in real life, you won't be able to do it online," she said.

"You have to be able to go into these settings and perform according to the social rules, which you need to have learned in real life.

"I think this is where the world is heading; when you look at social interfaces, people are able to have quick and easy connections on platforms like Myspace, Facebook and Second Life. I think this is telling us we need to be and that we love to be social.

"The research ended on a positive note demonstrating our social and communication skills are changing, but they are not being eroded.

"I think it is like an extension of who we are as social beings, you go to work, see your family and log on to either Second Life, Facebook, Myspace and it is just about reaching out even more - who doesn't want to feel connected after all?" 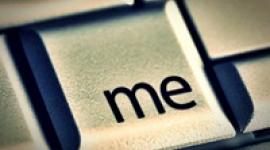 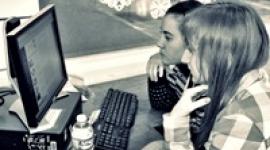 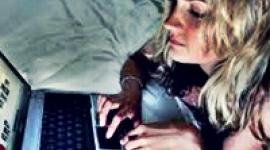 The Advantages and Disadvantages of Online Dating
Can an Online Relationship Work?

The Heartbreak of Romantic Relationship - Facet # 1 and Facet # 2

An Adventure in Love - Loving and Losing Successfully

An Affirmation for Letting Go