OCD. It Struck with a Vengeance!

"I was desperate for solutions in 1982," recounts James Callner, in his OCD blog post in the HealthyPlace Support Network. Mr. Callner, now an OCD advocate, was 29 years old at the time and seemingly living a pretty good life. When the OCD symptoms took hold, his life collapsed around him, eventually leading to his hospitalization.

But Mr. Callner learned something during that psychiatric hospitalization which changed his whole life. And no matter which psychological disorder you may be dealing with, it could change your life too.

"OCD Recovery: Thoughts That Made A Difference" On HealthyPlace TV

James Callner has recovered from many years of living with Obsessive-Compulsive Disorder (OCD). How he beat the disabling symptoms of OCD is the subject of this Tuesday's HealthyPlace Mental Health TV Show.

Coming in July on the HealthyPlace TV Show

In the HealthyPlace OCD Center, you'll also find feature stories on living with OCD and transcripts from previous chat conferences on OCD.

Do I Have A Drinking Problem?

It's a common question we get here at HealthyPlace.com. For instance, Marc wrote in yesterday:

"I'm 23. I have bipolar disorder. I don't believe in medications. My girlfriend says I've been using liquor to deal with my bipolar symptoms. I'm not sure that's true but how do you know if you have a drinking problem?"

Using drugs and alcohol to manage psychiatric symptoms from bipolar disorder, ADHD, depression, anxiety and panic attacks and other psychiatric illnesses isn't unusual. Mental health professionals refer to it as self-medication. You may have also heard the term dual-diagnosis, where the person is dealing with a mental health condition plus a substance abuse problem.

So how do you know if you have a drinking problem? Here are the signs of problem drinking. You might also want to take this Alcohol Screening Test for Problem Drinking. We have many online addiction tests in the HealthyPlace Psychological Tests area.

If you're concerned about self-medication or dual diagnosis, please talk to your doctor about it. To get better, both conditions, the psychological illness and the substance abuse problem, have to be addressed. Here's some information on treating dual diagnosis.

Last Tuesday night on the HealthyPlace Mental Health TV Show, we discussed "Parenting A Child with a Mental Illness." After the show, we received several emails from parents of ADHD children saying they were stressed out and at the end of their rope.

If you're in a similar situation:

We have plenty of helpful articles on ADHD 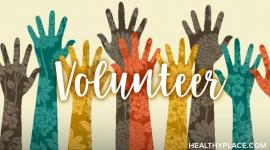 Take Back Your Life from Mental Illness: Volunteer
Inside the Bipolar Mind of Natasha Tracy 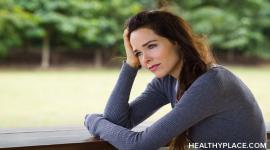 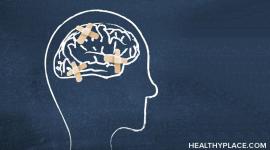 Mental Health Awareness Month: What Should We be Aware of?

Videos on Bipolar Disorder and Sleep Problems from Real People