Why is Tolbutamide Prescribed?

Orinase is an oral antidiabetic medication used to treat type 2 (non-insulin-dependent) diabetes. Diabetes occurs when the body does not make enough insulin, or when the insulin that is produced no longer works properly. Insulin works by helping sugar get inside the body's cells, where it is then used for energy.

There are two forms of diabetes: type 1 (insulin-dependent) and type 2 (non-insulin-dependent). Type 1 diabetes usually requires taking insulin injections for life, while type 2 diabetes can usually be treated by dietary changes, exercise, and/or oral antidiabetic medications such as Orinase. Orinase controls diabetes by stimulating the pancreas to secrete more insulin and by helping insulin work better.

Most important fact about Tolbutamide

How should you take Tolbutamide?

In general, Orinase should be taken 30 minutes before a meal to achieve the best control over blood sugar levels. However, the exact dosing schedule, as well as the dosage amount, must be determined by your physician. Ask your doctor when it is best for you to take Tolbutamide.

To help prevent low blood sugar levels (hypoglycemia) you should:

Understand the symptoms of hypoglycemia.
Know how exercise affects your blood sugar levels.
Maintain an adequate diet.
Keep a product containing quick-acting sugar with you at all times.
Limit alcohol intake. If you drink alcohol, it may cause breathlessness and facial flushing.

Take it as soon as you remember. If it is almost time for the next dose, skip the one you missed and go back to your regular schedule. Do not take 2 doses at the same time.

Side effects cannot be anticipated. If any develop or change in intensity, inform your doctor as soon as possible. Only your doctor can determine if it is safe for you to continue taking Orinase.

Side effects from Orinase are rare and seldom require discontinuation of Orinase.

Orinase, like all oral antidiabetics, may cause hypoglycemia (low blood sugar). The risk of hypoglycemia can be increased by missed meals, alcohol, other medications, fever, trauma, infection, surgery, or excessive exercise. To avoid hypoglycemia, you should closely follow the dietary and exercise plan suggested by your physician.

Contact your doctor immediately if these symptoms of severe low blood sugar occur.

Ask your doctor what you should do if you experience mild hypoglycemia. Severe hypoglycemia should be considered a medical emergency, and prompt medical attention is essential.

Why should Tolbutamide not be prescribed?

You should not take Orinase if you have had an allergic reaction to it.

Orinase should not be taken if you are suffering from diabetic ketoacidosis (a life-threatening medical emergency caused by insufficient insulin and marked by excessive thirst, nausea, fatigue, pain below the breastbone, and fruity breath).

In addition, Orinase should not be used as the sole therapy in treating type 1 (insulin-dependent) diabetes.

It's possible that drugs such as Orinase may lead to more heart problems than diet treatment alone, or diet plus insulin. If you have a heart condition, you may want to discuss this with your doctor.

If you are taking Orinase, you should check your blood or urine periodically for abnormal sugar (glucose) levels.

It is important that you closely follow the diet and exercise plan recommended by your doctor.

Even people with well-controlled diabetes may find that stress, illness, surgery, or fever results in a loss of control over their diabetes. In these cases, your physician may recommend that you temporarily stop taking Orinase and use injected insulin instead.

In addition, the effectiveness of any oral antidiabetic, including Orinase, may decrease with time. This may occur because of either a diminished responsiveness to Orinase or a worsening of the diabetes.

You suffer from a kidney or liver problem;

You have a lack of adrenal or pituitary hormone;

If Orinase is taken with certain other drugs, the effects of either could be increased, decreased, or altered. It is especially important to check with your doctor before combining Orinase with the following:

Be cautious about drinking alcohol, since excessive alcohol can cause low blood sugar.

The effects of Orinase during pregnancy have not been adequately established in humans. Since Orinase has caused birth defects in rats, it is not recommended for use by pregnant women. Therefore, if you are pregnant or planning to become pregnant, you should take Orinase only on the advice of your physician. Since studies suggest the importance of maintaining normal blood sugar (glucose) levels during pregnancy, your physician may prescribe injected insulin during your pregnancy. While it is not known if Orinase enters breast milk, other similar medications do. Therefore, you should discuss with your doctor whether to discontinue Orinase or to stop breastfeeding. If Orinase is discontinued, and if diet alone does not control glucose levels, your doctor will consider giving you insulin injections.

Dosage levels are based on individual needs.

Usually an initial daily dose of 1 to 2 grams is recommended. Maintenance therapy usually ranges from 0.25 to 3 grams daily. Daily doses greater than 3 grams are not recommended.

Safety and effectiveness have not been established in children.

Older, malnourished, or debilitated people, or those with impaired kidney or liver function, are usually prescribed lower initial and maintenance doses to minimize the risk of low blood sugar (hypoglycemia).

Any medication taken in excess can have serious consequences. An overdose of Orinase can cause low blood sugar (see "Special warnings about Orinase"). Eating sugar or a sugar-based product will often correct mild hypoglycemia. If you suspect an overdose, seek medical attention immediately.

back to:Browse all Medications for Diabetes 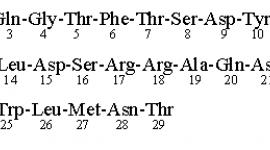 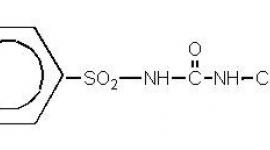 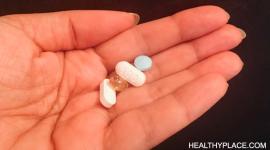