Micronase is an oral antidiabetic medication used to treat type 2 diabetes, the kind that occurs when the body either does not make enough insulin or fails to use insulin properly. Insulin transfers sugar from the bloodstream to the body's cells, where it is then used for energy.

There are two forms of diabetes: type 1 and type 2. Type 1 diabetes results from a complete shutdown of normal insulin production and usually requires insulin injections for life, while type 2 diabetes can usually be treated by dietary changes, exercise, and/or oral antidiabetic medications such as Micronase. This medication controls diabetes by stimulating the pancreas to produce more insulin and by helping insulin to work better. Type 2 diabetics may need insulin injections, sometimes only temporarily during stressful periods such as illness, or on a long-term basis if an oral antidiabetic medication fails to control blood sugar.

Micronase can be used alone or along with a drug called metformin if diet plus either drug alone fails to control sugar levels.

Most important fact about Micronase

How should you take Micronase?

In general, Micronase should be taken with breakfast or the first main meal of the day.

What side effects may occur?

Side effects cannot be anticipated. If any develop or change in intensity, inform your doctor as soon as possible. Only your doctor can determine if it is safe for you to continue taking Micronase.

Many side effects from Micronase are rare and seldom require discontinuation of the medication.

Micronase, like all oral antidiabetics, may cause hypoglycemia (low blood sugar) especially in elderly, weak, and undernourished people, and those with kidney, liver, adrenal, or pituitary gland problems. The risk of hypoglycemia can be increased by missed meals, alcohol, other medications, fever, trauma, infection, surgery, or excessive exercise. To avoid hypoglycemia, you should closely follow the dietary and exercise plan suggested by your physician.

Severe hypoglycemia should be considered a medical emergency, and prompt medical attention is essential.

Why should Micronase not be prescribed?

You should not take Micronase if you have had an allergic reaction to it or to similar drugs such as chlorpropamide or glipizide.

Micronase should not be taken if you are suffering from diabetic ketoacidosis (a life-threatening medical emergency caused by insufficient insulin and marked by excessive thirst, nausea, fatigue, pain below the breastbone, and fruity breath).

It's possible that drugs such as Micronase may lead to more heart problems than diet treatment alone, or diet plus insulin. If you have a heart condition, you may want to discuss this with your doctor.

If you are taking Micronase, you should check your blood or urine periodically for abnormal sugar (glucose) levels.

It is important that you closely follow the diet and exercise plan recommended by your doctor.

The effectiveness of any oral antidiabetic, including Micronase, may decrease with time. This may occur either because of a diminished responsiveness to the medication or a worsening of the diabetes.

If Micronase is taken with certain other drugs, the effects of either could be increased, decreased, or altered. It is especially important to check with your doctor before combining Micronase with the following:

While it is not known if Micronase appears in breast milk, other oral diabetes medications do. Therefore, women should discuss with their doctors whether to discontinue the medication or to stop breastfeeding. If the medication is discontinued, and if diet alone does not control glucose levels, then your doctor may consider insulin injections.

Your doctor will tailor your dosage to your individual needs.

Usually the doctor will prescribe an initial daily dose of 2.5 to 5 milligrams. Maintenance therapy usually ranges from 1.25 to 20 milligrams daily. Daily doses greater than 20 milligrams are not recommended. In most cases, Micronase is taken once a day; however, people taking more than 10 milligrams a day may respond better to twice-a-day dosing.

The safety and effectiveness of Micronase have not been established in children.

Older, malnourished or debilitated individuals, or those with impaired kidney and liver function, usually receive lower initial and maintenance doses to minimize the risk of low blood sugar (hypoglycemia).

An overdose of Micronase can cause low blood sugar (hypoglycemia).

If you suspect a Micronase overdose, seek medical attention immediately.

back to: Browse all Medications for Diabetes 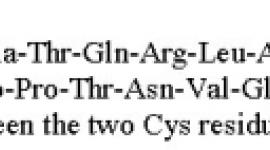