What Causes Depression in Children?

Depression in children is caused by a combination of three things: genetics, what is happening in a person's life, and what is going on in their body. Usually, more than one is present in a child.

For a child to get depressed, there must either be major things wrong with their lives, something major wrong with their body and or mind, or a strong family history of depression. Often more than one is present.

Medical problems - children who have chronic medical problems are much more likely to get depression. Severe asthma, severe head injury, diabetes, epilepsy, and many of the less common chronic childhood diseases can result in depression.

Neuropsychiatric - Children with certain disorders of the brain often get depression because the same chemicals and the same nerve pathways are involved in both. Children with the following neuropsychiatric illness are more likely to get depression: attention deficit hyperactivity disorder, learning disabilities, tourettes, anxiety disorders, eating disorders, obsessive compulsive disorder, and autism and related conditions.

Environment - Some children, but not all, react to problems in their environment with depression signs and symptoms. Common causes are abuse of all kinds, families that are in chaos, neglect, poverty, no consistent parent, school, or home, and horrible things like witnessing deaths, finding bodies, losing parents, etc. Although children who get depressed are more likely to have a stressful life event happen to them in the year before they get ill, the more important relationship is for children who have multiple stressful events. In a recent study, 50% of depressed children and adolescents had two or more major stressors in the year before getting depressed. In children without depression, no child had two or more major stressors in the past year. There is an interaction between environment and genes. If bad things happen to a child and there is a family history of depression, a depressed child is a very likely outcome.

Television - Children who are watching a lot of TV are more likely to have a host of different psychiatric symptoms. Recent studies have shown kids who are watching over 6 hours a day have more problems with depression, anxiety, and aggression. 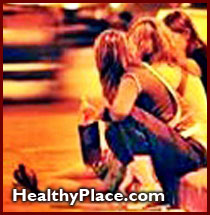 Drugs and Alcohol - Substance abuse is very common, especially alcohol and marijuana. About 14% of teenagers test positive for street drugs on a urine drug screen when they come to their family doctor. Almost all of this is marijuana. Just as with adults, a child can develop all the signs of depression due to drugs and alcohol use. However, recent research has found that it is more common that a child will become depressed and then start using drugs or alcohol rather than the other way around. In adults, when people stop drinking or using drugs, their depression usually clears over the next two to four weeks. In children and adolescents, this rarely happens. Even after they are clean, most depressed teens and children are still depressed.

Genetics - If one of the parents has depression, about 40% of the children will get depressed at sometime before their 20th birthday. The younger the parent was when he or she got depressed, the more likely the children are to become depressed. When mothers have been seriously depressed (an episode every year or so and hospitalized at least once for depression) their children are even more likely to become depressed, and when they do it is more severe, last longer, and is accompanied by other psychiatric problems, too. These children also are more likely to commit suicide.

Why Does Depression Run in Families?

1. Genetics - Even if a child never has contact with a parent, if that parent was depressed, it means that the children are also more likely to get depressed, too.

2. Marital Difficulities - Depression in adults goes hand-in-hand with marital problems. The combination of divorce plus depression in parents makes it much more likely that the children will get depressed.

3. Parenting Problems - It is darn hard to be a good parent when you are depressed, and it can be pretty depressing trying to parent a depressed child. Parenting problems, whether they come from the parent or the child, can make everyone's depression worse.

next: When Parents Are Depressed
~ depression library articles
~ all articles on depression

APA Reference
Gluck, S. (2009, January 3). What Causes Depression in Children?, HealthyPlace. Retrieved on 2021, May 13 from https://www.healthyplace.com/depression/articles/what-causes-depression-in-children 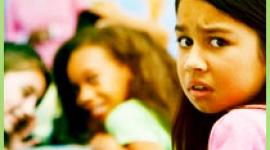 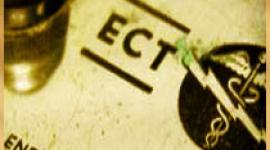 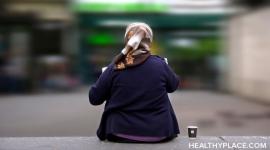