"In view of the primitive simplicity of their minds, they (the masses) more easily fall victim to a big lie than to a little one, since they themselves lie in little things, but would be ashamed of lies that were too big." Adolph Hitler. Mein Kampf, Vol.1, Ch. 10, 1924 tr. Ralph Manheim, 1943 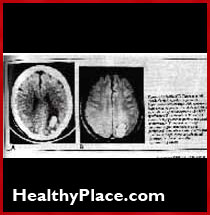 My name is John Friedberg. I am a board certified neurologist practicing in Berkeley, California.

I was born in Far Rockaway (NYC) in 1942, graduated Lawrence High School, Yale University and the University of Rochester School of Medicine and for the past twenty years I've been seeing patients with every conceivable neurologic problem, from headaches to Huntington's, in my office and in hospitals.

I am in good standing with my hospitals, professional societies and licensing boards and I'm proud to say I've never been successfully sued.

In 1975 I published my book "Shock Treatment Is Not Good For Your Brain" and in 1979 "Shock Treatment, Brain Damage and Memory Loss," a peer reviewed article in the American Journal of Psychiatry.

I do not believe in mental illness. Depression is no more "the same as diabetes" than heartbreak is the same as a heart attack.

I do not believe in hypothetical diseases of the mind but there is no mistaking damage to the brain. Psychiatric drugs and electroshock inflict real injury in the name of treating fictive maladies. Paul Henri Thomas has Tardive Dyskinesia and heptatitis from psychiatric drugs and amnesia from the ECT.

My opinions are based on my years of experience with patients and review of records from all over the country as an expert witness in electroshock malpractice cases. They are based on ECT statistics from the six states which mandate reporting; and of necessity, my opinions are based on a lifetime following publications and statements issuing from the small but vocal minority of psychiatrists who believe in ECT and usually nothing but.

Fortunately for me, the believers don't always believe each other; their data frequently belie their conclusions; and what they actually do contradicts what they say they do. The truth slips out.

As one example: we have known since the 1950's that confining electroshock to the non-verbal hemisphere (usually the right as in "unilateral non-dominant ECT") causes less verbal impairment and memory loss than bilateral ECT but the recommendation to begin with non-dominant ECT is honored mostly in the breech.

Another example: the "grandfather" of ECT, Dr. Max Fink claims the rate of memory loss is 1 in 200. He has repeated this so often it sounds like a fact. But Harold Sackeim, Ph.D., just as much an enthusiast and just as aggressive, says Fink's figure has "no scientific basis."

Who to believe? My view is that memory loss from ECT is no "side effect;" it's the main effect and the best studies find it in 100% of subjects.

Incidentally, Dr. Fink didn't pick the number 1/200 out of thin air. 1/200 has consistently been the death rate from ECT administration - as far back as 1958 and as recently as Texas and Illinois in the 1990's.

Big Lie 1: Dr. Fink tells people that ECT is safer than childbirth. If one out of every 200 women were dying in delivery it would be front page news.

Big Lie 2: ECT doesn't cause brain damage. One picture will refute that. The illustration below (MRI on the right, CT left, same patient) depicts a large hemorrhage from ECT. Hemorrhages, large and small, cause permanent seizure disorders in some patients.

Another MRI study documented a breakdown of the blood brain barrier and cerebral edema - brain swelling - after each and every shock. (Mander et al: British Journal of Psychiatry, 1987: V 151, p 69-71)

Big lie 3: ECT is new and improved. The whole point of ECT is to trigger a convulsion and there is simply no way around the brain's threshold: 100 joules of energy, a typical "dose," whether brief pulse, square wave, sine wave, AC or DC, unilateral or bilateral, with or without oxygen equals the energy it takes to light up a 100 watt bulb for one second or drop a 73 pound weight one foot. And it's the energy that does the damage.

Big lie 4: ECT is a "Godsend" (Fink again). In March of this year, Dr. Sackeim published a study in JAMA showing a "relapse rate" of 84% within six months of stopping ECT. It is no coincidence that improvement ceases just as the concussive effects are finally waning. Sackeim's solution?: more ECT. Call it "maintenance" or call it "continuation," just don't stop. (JAMA. 2001;285:1299-1307).

ECT isn't back - it never went away. It's more common than appendectomy.

What has happened is that it's advocates have grown more arrogant and the number of patients forced to undergo ECT against their will is increasing.

This was brought to public attention by Paul Henri Thomas fighting for his life and his mind at Pilgrim State Hospital on Long Island. Over the past two years he has been subjected to 60 shocks and a judge just ordered up 40 more. The newspapers state the Mr. Thomas was born in Haiti, emigrated from oppression and was granted American citizenship.

To be held down, drugged and forcibly administered convulsive dose after convulsive dose of electroshock to the head: can anyone think of a greater assault on a human being's rights - short of death - in the whole world? And it's happening here in the land of the free. That's not acceptable.

We have had 60 years of poignant testimony from eloquent victims of electroshock. Ernest Hemingway complained it ruined his memory and put him out of business. He killed himself within weeks of concluding a second course of ECT. George Orwell ends 1984 with his protagonist being forced to love Big Brother on an electroshock table.

I urge you to declare a moratorium on electroconvulsive therapy until it can be proven safe by evidence, not proclamation.

I urge you to declare a moratorium on electroconvulsive therapy until patients can be guaranteed free and informed choice.

next: Testimony of Linda Andre, Director of Committee for Truth in Psychiatry
~ all Shocked! ECT articles
~ depression library articles
~ all articles on depression 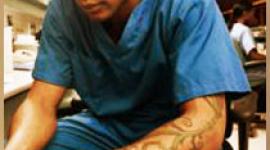 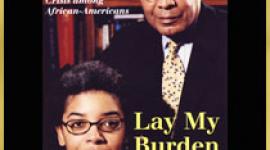 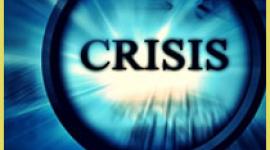 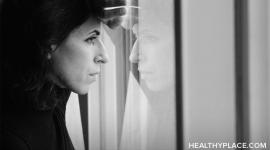