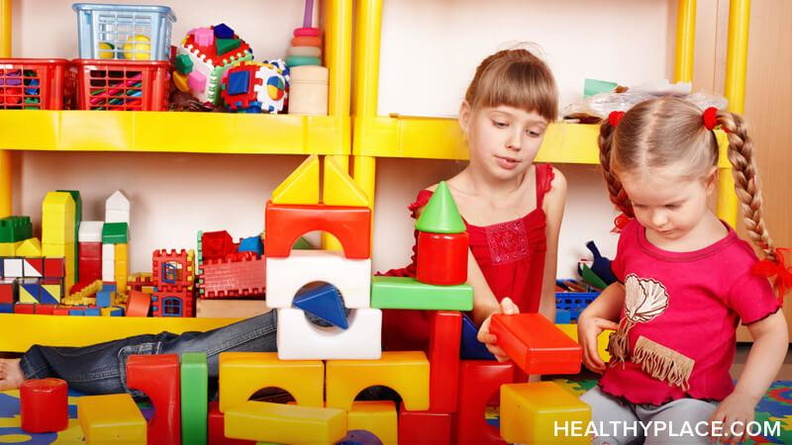 Parenting is a tough job. Parenting a child with a mental illness is unusually tough, as we learned from Tuesday evening's HealthyPlace TV Show.

HealthyPlace.com Medical Director, Dr. Harry Croft, related that diagnosing psychiatric disorders in children can be difficult because children often act out for many different reasons, such as teething or sibling rivalry or stressful family situations, not just because they have a mental health problem.

And while children do not come with instruction manuals, Dr. Croft says there are warning signs of child psychological problems to look out for:

The debate on how early a child can be diagnosed with some psychiatric disorders is ongoing. One thing Dr. Croft would like viewers to remember is that anything that gets in the way of child’s development should be carefully monitored.

If your child has experienced any of the psychiatric symptoms we talked about on Tuesday's show, a good first step is to see the pediatrician for a comprehensive evaluation and then discuss treatment based on results. Many times, psychiatric medication is not the only method of treatment. Therapy and counseling can be very effective in treating child psychological disorders.

It’s challenging for parents to accept that their child has psychiatric disorder like bipolar disorder. Many blame themselves for their child's mental illness or are blamed by others, including family members, for lack of parenting skills, which is not the case. Science has shown that for most, a combination of genetics, biology and life experiences is the cause of mental illness.

Our guest, Cheryl Murphy, has struggled with 2 generations of children in her own family, who have mood disorders. Three of four have been diagnosed with childhood bipolar disorder and depression. And at the young age of 4, her biological grandson, who she adopted, was diagnosed with ADHD and Bipolar Disorder.

Over the years, with suicide watches, substance abuse and uncontrollable fits of rage in her children and grandchildren, Cheryl faced a strained marriage and financial stress caused by the inability to hold down a job (she was always being called away to care for her children). Feeling alone in her situation and depressed, she scoured the web and came across the Depression and Bipolar Disorder Alliance (DBSA) which she says “saved her life.” Now the president of the Southern Nevada chapter of DBSA, Cheryl provides support and education for other parents struggling with their children’s behavior disorders.

Additional Information on Parenting A Child with a Mental Illness

If you would like to know more about parenting a child with a mental illness or any other mental health issues, HealthyPlace.com serves as an abundant resource of mental illness conditions.

Our interview with Cheryl is no longer available. Here's our Parenting a Child with Mental Illness Playlist from YouTube in its place.

Thanks for watching! See you next week when we'll be talking about living with OCD (obsessive-compulsive disorder)!

This is inspirational post. Never knew that opinions can be this varied. Thanks for every bit of keenness to put forward such helpful information here.

I just wanted to say that I love this site.
Greetings from Tim. :)