If anxiety isn't my fault, then whose fault is it?

The question doesn't help. I'd ban it, if I could. Fault?
Misses the point. This whole world out there, which anxiety can easily keep hidden anyway. Blame's a shell game, and I can't afford to take my mental illness that personally because if I do, it's so much worse.

Also, it truly isn't my fault; This wound that's part of me but isn't me. That never quite heals.

The riddle of mental illness/mental health. It's in there, the answer. Or at least I'm searching, I think.

Some of the strongest people I have ever known have fielded mental health issues, one way or another.

All the pressure we put on ourselves. Every single day. The nerves, the commonly held and accepted belief that everyone feels stress, so surely I can cope with anxiety by breathing deeply and a little CBT on the side?

There's stress that helps us function, then there's all the rest. Then there's an anxiety disorder which is another planet, a lonely one at that.

An anxiety disorder is when stress morphs into near constant pressure on the self, compressing it with the sounds of panic. Grinds against my teeth. Never quite leaves, either.

It's like I can't get a divorce because everyone tells me I should never have got married in the first place.

Truth is, when we exceed our limitations, it can result in both success and/or failure but it is when we truly experience them, that that can be called strength. 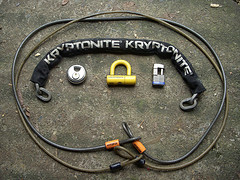 People with mental health conditions have a weakness but they also stand there, day in, day out, with worms burrowing through their brain, with the sensation that you're on the edge; with the kind of alone-ness that goes with the sound of your ego being jack-hammered into non-existence by the thoughts in your own head.

I don't have a mental illness, I have an allergy

I'm allergic to anxiety. I 'overreact' to stress, in the core of my being, in the very center of the self where one cannot reach. It is in those unknown spaces that mental illness lives. A puzzle but most certainly not a game.

I don't know. Maybe some people just aren't ever exposed? Lucky.
For me, it's anxiety.

No one thinks less of Superman for an allergy. A vulnerability. Instead it makes him more human, relatable really; Even if he is an alien who can leap tall buildings in a single bound, turn back time and always gets the bad guy in the end.

Except he doesn't always get what he wants, does he?

He's a hero who is capable of inspiring us not because he has saved the world but because he's willing to put aside his cape and be just another guy in a suit.

Because, from time to time, he goes after what he really wants even if he never gets it. As we all do, in private moments; secret highways traversed between trying to save the world, and avoiding kryptonite.

Mental Illness, Sardine Apocalypse. and No, I Can't Magically Behave the Way You'd Prefer Me To
Why Do I Resist What I Want?