The Link Between PTSD and Eating Disorders

Within five years of the start of my posttraumatic stress disorder (PTSD) symptoms I was deep into self-destructive food restrictions that caused me to drop an enormous amount of weight. My parents had tried to get me into therapy after my trauma but I flat out refused to discuss it. With the weight loss, they forced me to see eating disordered specialists, none of whom knew what to do with me. I wouldn't eat and I wouldn't talk. Back in the early 80s the clear connection between PTSD and eating disorders wasn't well documented or understood. Now it is and the data is clear: the link between PTSD and eating disorders is real and very common. 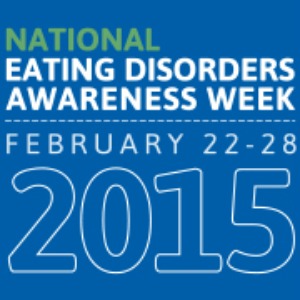 I didn't consciously think about becoming anorexic. Rather, I began using anorexia (excessive food restriction) as a way to calm my PTSD anxiety: The more I controlled my body, the more I felt in control of what was happening to me, which reduced my fear that something bad would happen. This also tied into the distorted belief that the more stress I put on my body, the more likely it would be ready (i.e. trained like an athlete) to survive the next trauma.

Since founding the Heal My PTSD community and working with survivors on their recovery journey, I've met many who have also incorporated eating disorders as coping mechanisms for PTSD. In addition to anorexia, many practice bulimia (excessive overeating followed by depression, guilt shame and purging via vomiting or fasting) and binge eating (compulsive overeating enormous amounts of food while feeling powerless and unable to stop).

It makes sense that in a world that feels dangerous and out of control we turn to methods that allow us to feel safe and in control. That drive is often what fuels our desire for isolation, dropping activities we used to enjoy and withdrawal from relationships too.

Healing PTSD and Eating Disorders Together

In a presentation about eating disorders and trauma, Steven J. Karp, Medical Director at Rosewood Treatment Centers, suggests these ideas in crafting a healing strategy for PTSD and eating disorders together:

In my own journey to wellness I found that the more I worked on trauma resolution, the more my PTSD symptoms reduced, the more my anorectic behavior reduced too. The more safe I felt in my body, the more I wanted to take care of it rather than diminish it. Slowly, I brought myself up to a healthy weight and continue to maintain it today.

A similar experience happened to another survivor I know, a woman with binge eating disorder. The more she addressed her past and made peace with it, the more her PTSD symptoms declined, the more she realized that those binges were driven by deeply unsettling emotional needs. With the gradual release of PTSD and a resolution of the emotions she found she was more able cope with the desire to binge: she started appropriately resisting it and then altogether releasing it by the time her PTSD recovery was complete. To date she has lost 60 of the 75 pounds she had gained.

February 22 - 28 is National Eating Disorders Awareness Week. If you think you or someone you know might be struggling with an eating disorder check out this eating disorder screening for direction and guidance.

Michele is the author of Your Life After Trauma: Powerful Practices to Reclaim Your Identity. Connect with her on Google+, LinkedIn, Facebook, Twitter and her blog.

Confusing to understand the connection between PTSD and eating disorder when "PTSD" is not described as having a specific cause here. Is it possible to replace BPD (or c-PTSD) with PTSD so that the possible etiology includes neglect, emotional abuse, etc. across time?