What Does It Mean to Be Asexual? 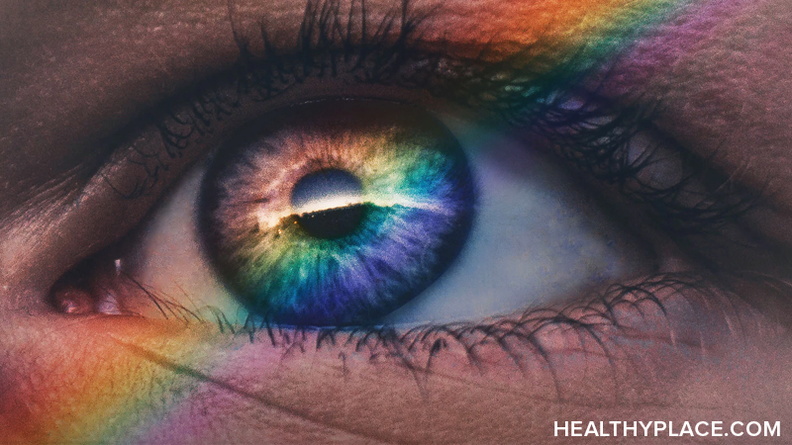 The more I've been a part of the lesbian, gay, bisexual, and transgender (LGBT) community, the more I've realized how complex attraction really is. One of my close friends is asexual, which means that while they're happily married, they don't experience sexual attraction. As an advocate for asexuality, my friend has met opposition in and outside of the gay community because so many people don't understand how this identity exists or falls under the LGBT spectrum.

Although I don't personally identify as asexual, I wanted to help spread awareness for asexuality and the challenges these people face as best as I can. (If you identify as asexual and notice something that isn't quite correct, please let me know in the comments to help me clear up any misconceptions.)

What Is Asexuality? Asexual vs Aromantic Identity

The definition of asexuality is to have no interest in sexuality, but not necessarily no interest in romantic affection–a heteroromantic asexual, for example, is a person who's interested in dating the opposite sex but not in physical intimacy. It's also possible for someone to have no drive for romantic attraction, which is called aromanticism.

Just like all LGBT identities, asexuality and aromanticism can exist on a spectrum. Demisexuality, for example, is defined as someone who only feels sexual attraction to specific people. They may need to get to know someone to be physically attracted to them, or they may only experience attraction in certain situations.

And it's also possible for someone to be both. If someone isn't interested in romantic or physical attraction, for example, then they would be aromantic asexual.

Are Aromantic and Asexual People LGBT?

When figuring out how to come out as asexual or aromantic, many people worry that they won't be accepted by their loved ones or even the gay community. The discrimination these people face is similar to how bisexual people are often excluded from LGBT spaces when they date the opposite gender. Asexual people often find that because they don't experience physical attraction, other LGBT people don't always validate their identity.

I can't speak for everyone who identifies as LGBT, but if there's one thing I've learned from this community, it's that we have a strong capacity for compassion. Identifying as asexual or aromantic can be an isolating experience because they receive so little mainstream recognition. By seeking to understand these identities and creating a welcoming space for all people, straight and LGBT people alike can help spread more awareness for this lesser-known part of the gay community.

APA Reference
Winder, A. (2019, March 24). What Does It Mean to Be Asexual?, HealthyPlace. Retrieved on 2022, July 5 from https://www.healthyplace.com/blogs/thelifelgbt/lgbt-intimate-relationships-the-life-lgbt/2019/3/what-does-it-mean-to-be-asexual

Finding Love as a Transgender Person
What Can We Learn from 'Queer Eye' About LGBTQ Self-Care?