What is Sexual Orientation OCD? 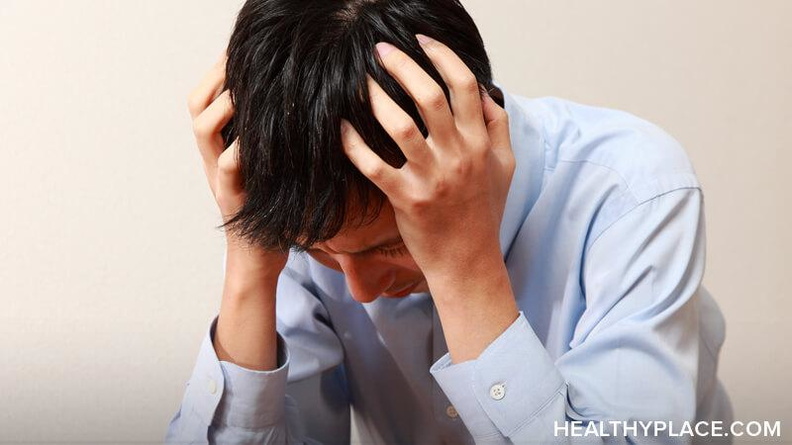 Recently, I had a conversation with a friend about her relative who has obsessive-compulsive disorder (OCD). She was worried for her relative because he told her that part of his OCD involved worrying that he was gay. Until then, she'd never heard that rumination about your own sexuality could be an OCD symptom and felt like her relative was probably just part of the lesbian, gay, bisexual, and transgender (LGBT) community.

As a member of the queer community who has OCD, I had heard of this subset of the mental disorder before and was in a unique position to explain what it involved for her. But until this conversation, I hadn't realized how misunderstood this manifestation of OCD can be. Read on to discover what sexual orientation OCD is and a few key differences between this disorder and LGBT identity.

What Is Sexual Orientation OCD?

A few symptoms of sexual orientation OCD can include:1

Unlike sexual orientation OCD, identifying as LGBT is not an illness. Feeling attracted to people of the same gender, in and of itself, isn't unhealthy and doesn't have to cause distress. For an LGBT person, unhappiness about their identity usually comes from discrimination or internalized shame because they've learned to see being gay as inferior to being straight With time and (in some cases) counseling, many gay people live happy and fulfilling lives dating people who are their same gender.

The only person who can say whether a person has OCD or is LGBT is a mental health professional. For those who think they may have this subset of OCD, I would highly recommend talking to a counselor who is both LGBT-friendly and familiar with obsessive-compulsive disorder.

But as someone with OCD, a litmus test I often use is whether these thoughts truly align with my identity. A person with sexual orientation OCD is fixated on whether or not they are LGBT, whereas gay people are attracted to and genuinely want a relationship with someone of the same gender. Because OCD can be so pervasive and entrenched in doubts, however, the best person to ask is again a mental health professional.

APA Reference
Winder, A. (2019, June 23). What is Sexual Orientation OCD?, HealthyPlace. Retrieved on 2022, August 17 from https://www.healthyplace.com/blogs/thelifelgbt/2019/6/what-is-sexual-orientation-ocd

What Can We Learn from 'Queer Eye' About LGBTQ Self-Care?
Why I'm Against LGBT Conversion Therapy