The Stigma of Obesity

The American Medical Association has named a new disease. 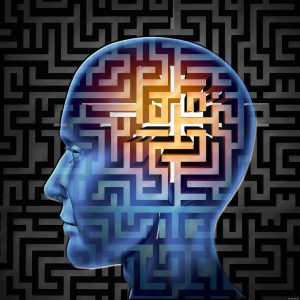 The Nature of Disease

The definition of disease:

1. A disorder of structure or function in a human, animal, or plant, especially one that produces specific signs or symptoms.

2. A particular quality, habit, or disposition regarded as adversely affecting a person or a group of people.

I typically think of cancer, diabetes, or a similar condition as diseases. I think of obesity as a condition, i.e. the way some people are, just like some people are short and others are tall.

Of course, I know that the reality is more complicated — people can't make themselves taller or shorter, but become obese is most likely a combination of genetics, a predisposition to being overweight, and environmental factors.

With about 35 percent of all Americans now obese, you would think that we would have a better understanding of the causes and possible treatments for obesity, but we don't.

Marina Williams, LMHC, writes about treating a patient who was both obese and very depressed. Unlike previous clinicians, Williams chose to treat the woman's depression, instead of focusing on her weight. This approach allowed the woman to accept herself, and she eventually did lose the weight.

According to a Reuters article, people who are obese are more likely to be depressed. Other studies agree with this assertion, including studies cited by The Endowment for Medical Research and Science Daily.

However, I wonder if she and other obese people are depressed because of how society treats those who are obese. Social Psychology Quarterly states that obesity "represents a disadvantaged social position." Some people think of it as "the last allowable prejudice."

We Are Not a Disease

People within the Fat Acceptance movement predict more stigma will arise from calling obesity a disease, and argue that people can be obese and healthy.

"The goal is to create a world where fat people are treated with respect, free from bullying, oppression, and stigma," says writer and fat-acceptance activist Ragen Chastain. "I think that this will absolutely lead to greater stigma."

I have to agree with these concerns, because I know — as a recovered anorexic — that this society views uber-thinness as the gold standard. I can't recall the number of times that my low weight was looked upon as ideal, even though my developing anorexia really had nothing to do with weight, and much to do with my ongoing depression and anxiety issues.

However, there is one eating disorder that does have a connection with obesity.

Binge eating disorder is a mental illness defined by compulsive overeating, but unlike bulimia, purging is usually not a characteristic.

As someone who has struggled with an eating disorder, I am interested in literature and articles relating to these disorders and possible treatments. Invariably, most discussions about eating disorders seem to center around anorexia and bulimia.

Why so little focus on this disorder? I believe it is, in part, because people are uncomfortable with obesity. Let's face it, I have yet to hear anyone say that they want to be obese. (In spite of the fact that most fat acceptance people will state that they are happy with their size.) The converse is not true — I heard many people say that wanted to be thin, when I was too thin.

There is still a strong stigma attached to being obese, and with the ongoing war against it, this stigma will most likely persist.

The jury is still out about whether you can be obese and healthy. People like Chastain certainly seem healthy; she dances and is definitely more physically active than I am at the moment.

APA Reference
Gambrel, A. (2013, July 3). The Stigma of Obesity, HealthyPlace. Retrieved on 2021, August 5 from https://www.healthyplace.com/blogs/survivingmentalhealthstigma/2013/07/the-stigma-of-obesity

U do a good job of not being clear about your personal take on this issue.
As a Fat person, yes I said the F word... I sick and tired, mentally not physically of the fat being the one last bastion of abuse. I can't tell racial jokes, they are wrong and hurt people... So why is t okay to abuse the fat people out there? Chris christy was an example, who you must agree was abused until he decide to take the surgerically available option for the wealthy and famous out of being fat. Not all of us have that option. Being mean, joking or bashing the Fat is just plain wrong.
Fat, leave it alone... You already ignore us.
Michael garlick