'Is It Just Me?' Teens Transforming Stigma

Tomorrow morning, I get the wonderful opportunity to address the future directly.

I will be a part of The Royal’s anti-stigma project titled ‘Is It Just Me? Conversations in Mental Health’ that addresses hundreds of high school students on the topic of mental illness. 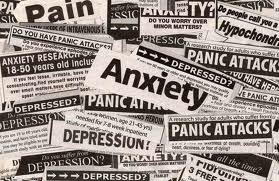 When I first heard about this program, I knew that it was something I wanted to be a part of. If only I had an opportunity to attend such an event when I was in high school, my life very well could have turned out much differently.

The Power of Conversation

The event is designed to give high school age students an environment free of prejudice and discrimination where they can speak openly about their struggles and also learn to differentiate between the facts and fiction that surround mental illness. Presenters range from addictions counsellors, social workers, psychiatrists and brain scientists to every day citizens who have successfully managed their mental health challenges.

The main theme of the event is conversation itself. Something so simple yet it can bring about such dramatic change. Change that can save lives.

Any mental health challenge, whether it is depression, anxiety or paranoia is tens of times more difficult to handle on your own. Simply asking for help is that crucial first step that many people unfortunately never get to experience.

It's OK to Ask for Help

This event allows high school students to see that people with a mental illness aren't ‘crazy.’ They aren’t any different than them or their friends. That there are biological, sociological and psychological facets to all mental illness and that it is not a matter of personal failure.

I’m excited to share some of my personal journey with these 15 to 18 year olds. By fifteen, I was abusing drugs and getting in trouble with the law. By sixteen, I had attempted suicide and spiralled further into drug addiction, the only means I knew to soothe the inner turmoil of major depression. By the time I turned 18, my self-medicating had progressed to the point of full blown drug-induced psychosis that required many months of non-consensual psychiatric care.

If I can save one teen tomorrow from having to waste years of their lives through self-medicating their mental illness with drugs, I will have done my job. But what I really hope to get across to them is the fact that being depressed, or anxious or having body image issues is actually a lot more normal than abnormal.

I've heard a lot about these supposed 'normal' people who live in our midst, but I have yet to meet one face to face. Mental health exists on a continuum and let's face it, we're all a little ill from time to time.

Start Your Own Campaign

I chose to spotlight this campaign mostly because I believe this is the answer to the question ‘what can we do about stigma?’ Addressing it as early as possible will create a future where mental health stigma is a thing of the past and where it will no longer be permissible to discriminate against someone for having a mental illness.

If you are a high school administrator, talk to your coworkers and students. Talk to mental health agencies in your city and organize a day like this in your city. A little bit of groundwork can literally save lives.

Teens are committing suicide at a startling rate and the longer we wait to do something about it, the more lives will be lost. Addressing the stigma of asking for help, as soon as possible, is the answer and hopefully this hugely successful campaign will give others the push needed to start similar programs all over the world.

APA Reference
Curry, C. (2013, April 15). 'Is It Just Me?' Teens Transforming Stigma, HealthyPlace. Retrieved on 2021, May 9 from https://www.healthyplace.com/blogs/survivingmentalhealthstigma/2013/04/is-it-just-me-teens-transforming-stigma

Depression in Disguise: Men Who Suffer
The Stigma of Self-Harm