Although it may at times be difficult to find, there is psychiatric help out there. However, in order to access that help, you need to make that first step through the door. Not surprisingly, it turns out that the first step is one of the most difficult ones to make.

There is an overwhelming amount of mental health stigma attached to admitting that you need psychiatric care. People view themselves, and others, as weak, unable to handle life’s problems, lesser than or even as monsters who can’t control their own thoughts and actions. Society is still full of people who think that you should just buck up and be able to handle life on your own. 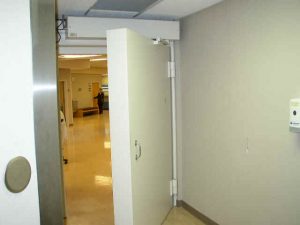 This destructive sentiment causes thousands of people every year to avoid seeking mental health care and subsequently costs lives through suicides, overdoses and regrettably, even murders.

I have been hospitalized in three separate mental health centers. The first time was as a teenager after a suicide attempt and I had no choice. The second time was as a young adult spiraling into an episode of drug-induced psychosis, where I also had no choice. But the final time, was entirely my choice.

I was going through a many months long ordeal of major depression and was inches away from laying in front of a train and taking my own life. It was either end my life and at least temporarily ruin the lives of my family and friends, or voluntarily sign myself into a psychiatric hospital.

Swallowing Your Pride to Save Your Life

It took everything I had to swallow my pride and admit that I needed outside help; that I couldn’t do it alone any longer. And it saved my life.

I sat in the waiting room in the hospital emergency room for almost eight hours, constantly battling my own mind about whether to run and complete the deed or to tackle my issues head-on. I felt so extremely weak at the time. So ashamed that it had come to this. So dark, depressed and alone. But looking back on it today, it took more courage than I realized.

A friend of mine passed away two weeks ago from suicide. I genuinely believe that if there wasn’t such a great stigma attached to seeking help, that he would still be here today.

It doesn’t make you weak to walk through that first door. It makes you the strongest person I know.

Talk About Suicide to Erase the Shame of Talking About Suicide
Cutting to Cure
If You Feel Depressed, Change Something in Your Life. Depression Solutions That Are Simple And Easy To Follow&#8230;
August, 17 2012 at 8:12 am

[...] be the difference that you need. Learn more about Mental Health Rehabilitation or psychiatric careIf you feel depressed, change something in your life. The worst thing you can do is keep things the ...an make an improvement in your total well being. Banish your blue moods by cutting sugar out of your [...]